No Good Deed: Book One of the Mark Taylor Series by M.P. McDonald

Wrongly accused of terrorism and imprisoned as an enemy combatant, Mark Taylor must endure enhanced interrogations before he can prove his innocence. 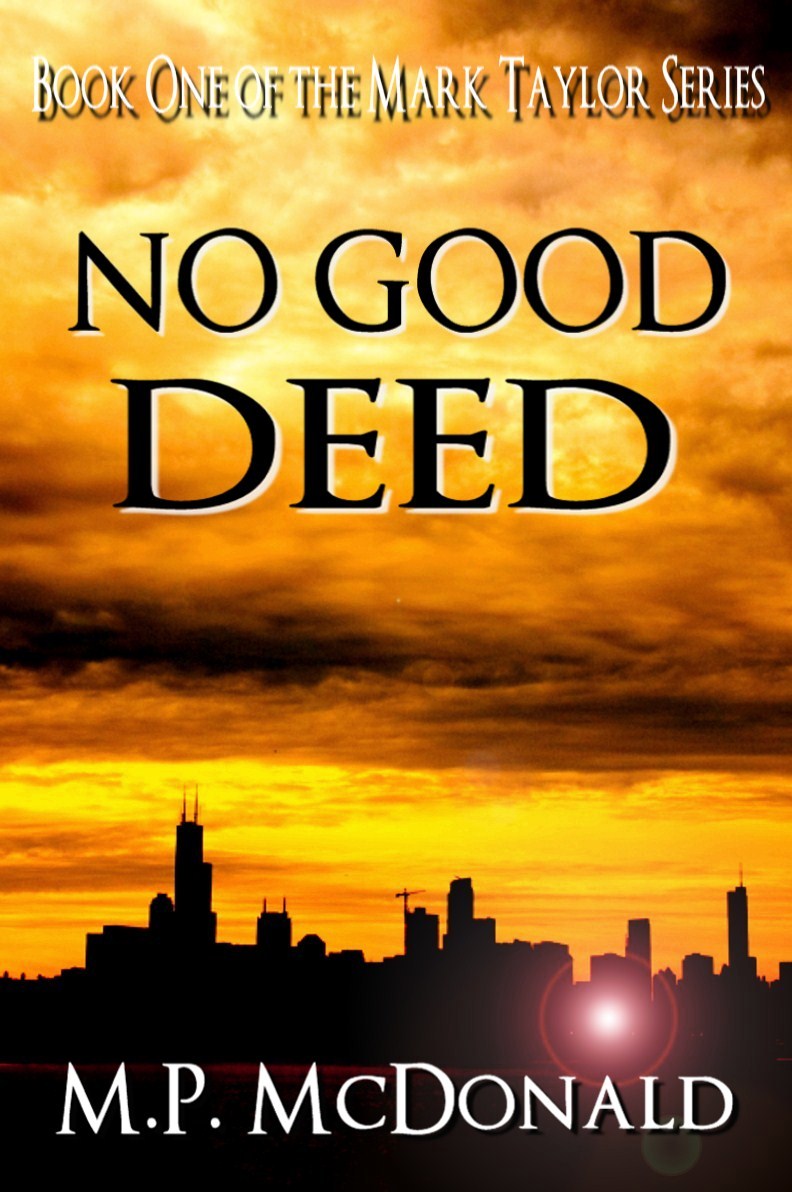 Mark Taylor discovers first hand that no good deed goes unpunished when the old camera he found during a freelance job in an Afghanistan bazaar gives him more than great photos. It triggers dreams of disasters. Tragedies that happen exactly as he envisions them. He learns that not only can he see the future, he can change it. Then the unthinkable happened and everyone ignored his frantic warnings. Thousands die. Suddenly, the Feds are pounding on his door and the name they have for Taylor isn't urban hero. It's enemy combatant. And, it means they can do anything they want to him. Anything at all.

Mark Taylor is the quintessential reluctant hero. With a camera that snaps photos of the future, he has a day to change the photos--to prevent tragedies from happening. His attempts to prevent 9/11 bring him to the attention of the authorities, but they don't believe that he was trying to prevent the attacks. Instead, they label him an enemy combatant and lock him in the brig. With the camera gone--taken by the Feds--he must find a way to prove his innocence, but with no trial and no rights, will he ever get the chance?


No Good Deed has reached as high as the top 20 in the Kindle store in June 2011, finishing that month at #59 in the Kindle Store. It has sold approximately 40,000 copies.


Mark’s apprehension escalated when he noticed some odd features in the room. Eye rings jutted up from the floor and the cement sloped down towards a rusty drain. A wood table with six chairs took up the far wall. Five of the chairs looked like they had been pulled from offices. One was straight-backed and wooden. He had no doubt which one was meant for him.

The lead guard pulled that chair into the middle of the room and motioned for Mark to sit. He did as he was told and waited. The guards remained, none speaking. Mark wondered what they would do if he spoke to them. He could ask the one in charge if he wanted to go have a beer with him after work. Go shoot the breeze.

Of course, he wouldn’t do that. Even if he had tried, it wouldn’t have worked because when he attempted to make eye contact with them, one by one, they looked right through him. It was like he was invisible. Only one, a younger guy, made eye contact, and the flash of knowledge and pity, in the guy’s eyes an instant before he looked away, sent Mark’s heart racing. That guard knew what was coming and whatever it was, wouldn’t be pleasant.

Time passed, but how much, Mark had no way of knowing. His hands became numb from the cuffs and the position in which he had to hold them. When a key rattled in the door, a bolt of pure fear pinned his back to the chair. His vision narrowed to the entrance and his heart thumped so hard, it threatened to punch a hole through his chest.