My Something Wonderful by Jill Barnett 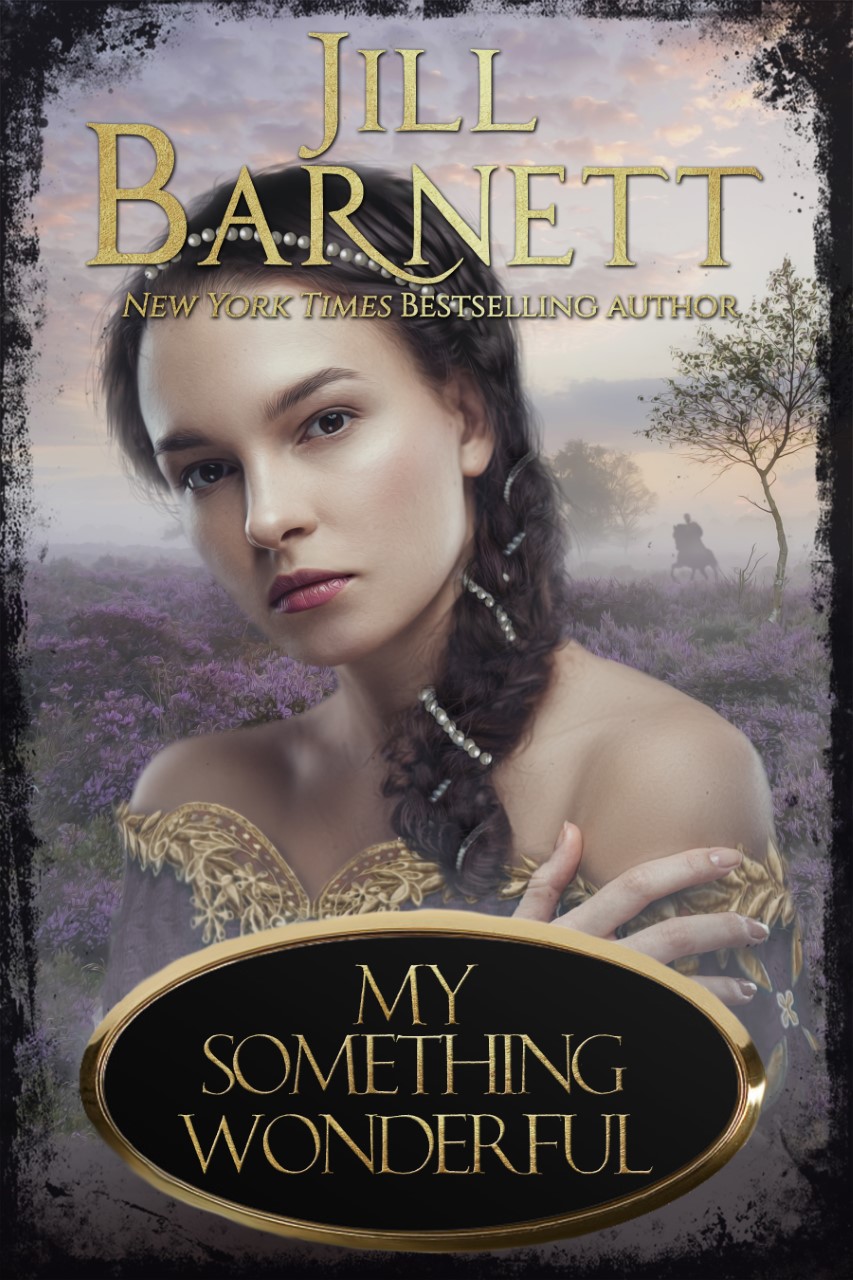 He took her from all she had ever known, asked her to trust him when she most needed someone to trust, and she followed with her heart, unaware he carried a dark secret that could tear them apart....


When a stranger, a golden knight who is one of the king's barons, comes to Glenna Gordon's isolated island farm, she learns her whole life has been a lie. Lyall Roberston, Baron Montrose, carries a secret royal order to take Glenna to the father she has never known, a man so powerful he has hidden his daughter away to protect her from his enemies.

Raised in seclusion for her own safety, with no knowledge of who she really is, Glenna has become strong and self-reliant, someone who is unused to being ordered about. But Lyall doesn't have time to deal with one headstrong woman. He has a single, all-consuming goal: to win back his family lands lost when his father was declared a traitor.

As they ride across the wild hills and valleys of Norman Scotland, a land filled with unexpected danger and treachery, they are swept into a forbidden love, one as dangerous as the enemies pursuing them. But Lyall is tortured by a dark past and a secret that threatens their love, and soon, Glenna must face the truth: that her heart as well as her life is at risk.


A woman’s screams pierced the air, echoing high in the silent canopy of ancient trees.  Dawn was on the cusp of the horizon, light barely beginning to turn the edges of the eastern sky the color of larkspur.  Morning mist on the damp ground was still and opaque and hid the wild wolves prowling toward a fringe of thickets in the small glade, where a large striped tent flew the pennant of the royal house of Scotland, and two guardsmen, faithful knights handpicked for their duty, stood watch to protect their lord’s lady.

Inside, a frightened handmaiden tried to comfort her breeding mistress with wintergreen leaves to soothe her bitten lips and a wet cloth on her sweaty brow, but her hands shook as the midwife bent down near the foot of the bed, her hand on a knife at her belt, ready to cut the babes from their mother.  The labor had been long and the poor young queen was exhausted, her belly huge—the biggest the midwife said she had ever seen.

The midwife pulled the knife from her belt, and the handmaiden panicked and held up her hand.  “Nay!  Stop!  Wait.”  She was crying when she lifted up her limp and sweaty mistress from the bed. “Bear down, milady. You can do this. Please. Bear down!”

And the babes came, the first girl born as peaceful and quiet as the dawn, the other born red-faced and squalling loudly, her small fists in the air as she came into such an ominous and bloodthirsty world.  The pale, weak queen looked down at her babes and in a waning but tender voice named the firstborn Glenna and the other Caitrin, the beginnings of joy in her expression, then she frowned and moaned weakly, “Holy Mary Mother of God…. "  Her eyes rolled back in her head and blood gushed like a river from between her quivering legs.  In a matter of moments the life bled out of her and she was gone.

Collection/Series:
The Sisters of Scotland