Memoirs of a Gigolo Volume Two by Livia Ellis

Before Oliver can embark on his new adventure, he needs to cut ties with his old life. Part of his new life is a new place to live. He takes up residence in the house, meets a few of his new roommates, then tries to get settled in. Of course, nothing is e 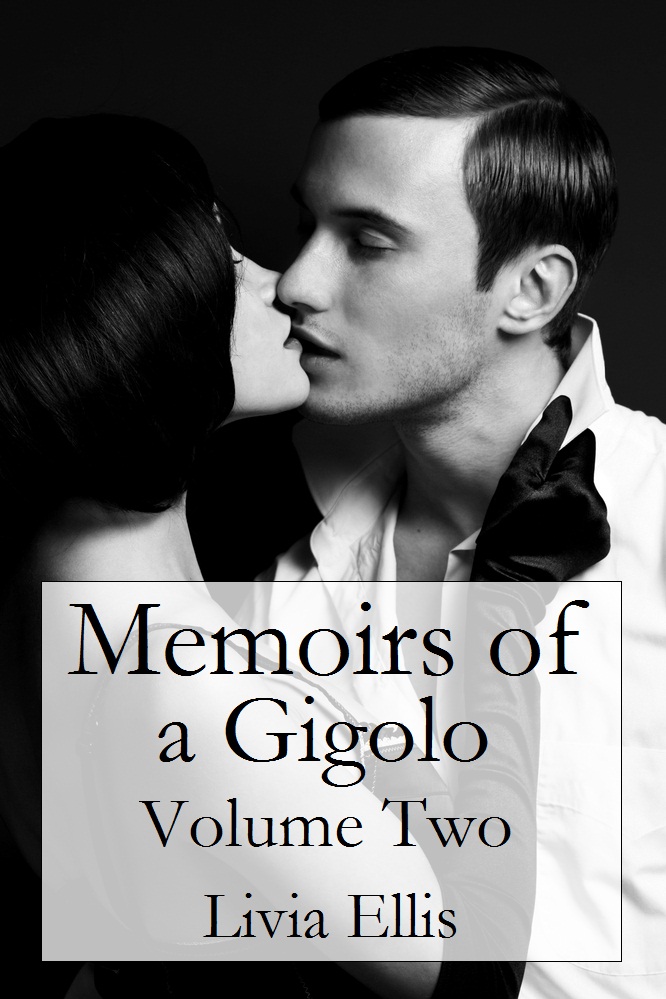 Oliver Adair. Beautiful on the outside. Damaged on the inside. One bad decision followed by the next leaves him broke and out of options. When propositioned to sell his body he enters into a parallel world of sex for hire. Oliver embarks on a journey that will force him to confront his demons, answer for the sins of the past, and become a man.

Before Oliver can embark on his new adventure, he needs to cut ties with his old life. Part of his new life is a new place to live. He takes up residence in the house, meets a few of his new roommates, then tries to get settled in. Of course, nothing is easy for Oliver. But at least he has Olga to help him learn what he needs to know. Before he takes on his first big money client, she gives him an introductory course in how to be a gigolo.


My sales are excellent and I am consistently ranked at the top of the Amazon charts. I've had a book featured in USA Today.


Olga and I leave The Agency together in the back of a taxi. Not quite the Rolls Royce driven by Bruno, but it's better than the underground. Before going to The House, I insist on returning to the horrible little hotel I'd gone to, to pout the previous evening after my thing with Elon. A room in The House was the best signing bonus I could have ever received for many reasons. Not the least of which being I really needed a place to stay.

Before the offer to live at the house, I had three choices. I could make up with Elon, stay in the grim little hotel populated by backpackers until my cash ran out, or immediately go home to the country. The hotel posed far too many health and safety hazards even for a man that was willing to have sex with random strangers in exchange for cash. That, and one night of being surrounded by hordes of tourists traveling in packs, strummed my last nerve. If I hadn't received the offer to live in the house, I would have headed to the hotel for a final night, then to Paddington Station in the morning to get the train to Exeter. Because that would have cost less. Getting the train to Exeter that evening would have cost more than the combination of the night in the hotel and the ticket for the first train in the morning. I hate that I have to think about these things. I hate that I live and breathe by £20.

I had to go back, but only to pick up the overnight bag I'd left behind in the luggage storage.