Kacie Deluca joins the Hunters' Academy and discovers there are monsters in the world. 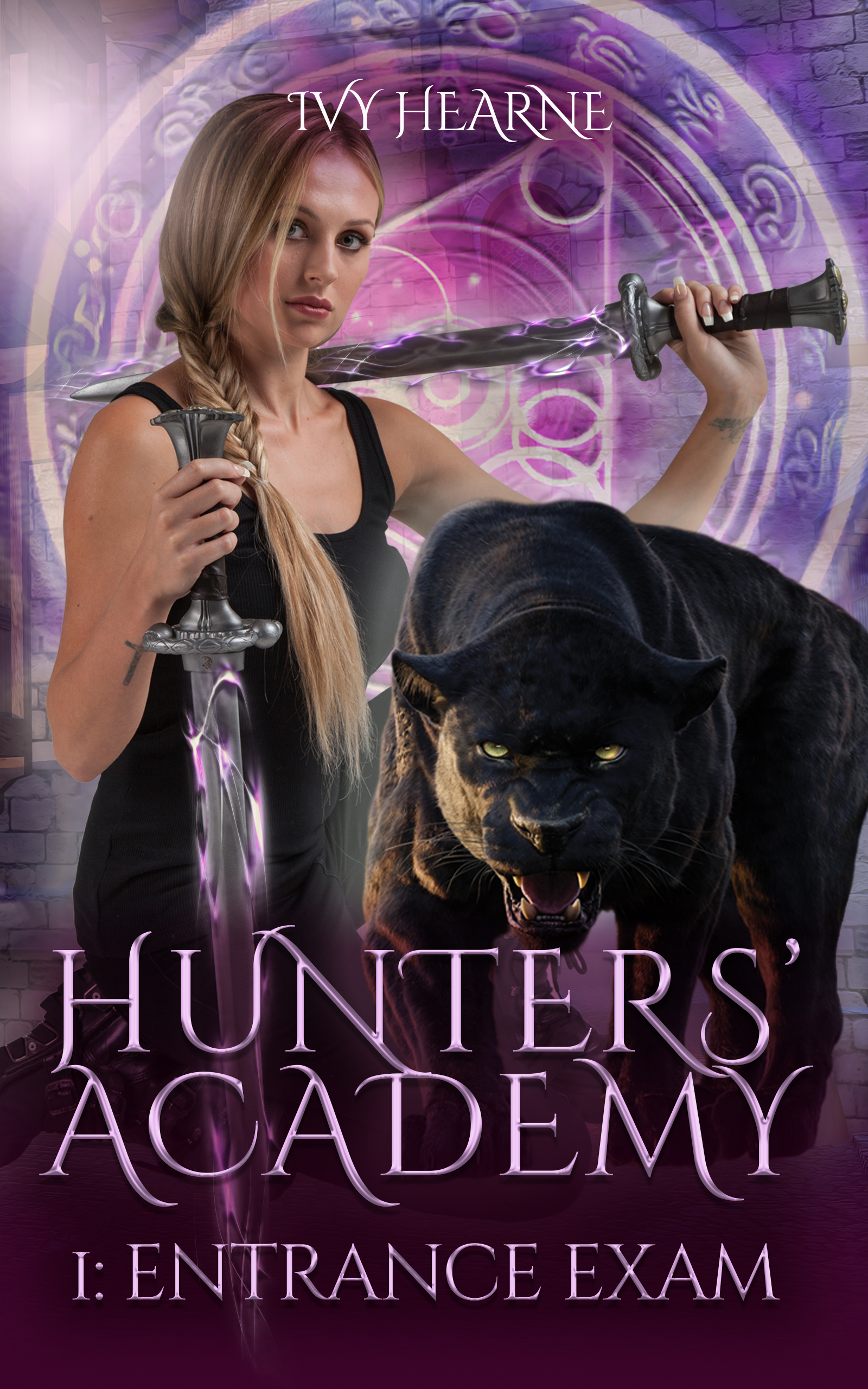 It's not much of a school motto—not as inspiring as, say, "Let us give light to the world," or "Knowledge is liberty," or even just "Light and Truth." Those are all real school mottos. So is this one. It belongs to the Hunters' Academy. And now, so do I.

Since she was twelve years old, Kacela Deluca has suffered debilitating migraines. On the eve of her sixteenth birthday, she learns her headaches are the result of untapped psychic abilities. She's given a choice: continue to suffer, or leave behind everything she knows and join the Hunters’ Academy. The only catch? If she doesn’t pass the entrance exam, she’ll die.

A teen with blocked psychic powers, a panther shifter who can't—or won't—shift, a secret academy, and the power to defend the entire world...if only Kacela can unleash her potential before it's too late.

Entrance Exam is episode one of Hunters’ Academy - expect a new episode every month.


The Hunters' Academy is an up-and-coming novella series with monthly releases. Each month's release builds on the ones before it. In the first two months, the Hunters' Academy books have sold 3000 copies and are continuing to build a solid following, in addition to those readers who are following the series on Kindle Unlimited.

Amazon's rankings of the book spike during each subsequent novella's release.


“Okay. I’ll share the gossip. But only because the people in charge aren’t talking about it to you. You deserve to know. Especially since you’ll be expected to fight with him.”

“Fight him?” My voice squeaked in alarm.

“No, no. Not fight against him. Fight by his side.”

“Souji’s hunting partner died.” She sat down on her bed cross-legged, facing me across the gap between our beds. She stared down at the patterned blanket atop her own bed, picking at the threads. “Rose was a really good magician. Everyone expected her to be the top of your class all the way through. She shouldn’t have tripped her entrance exam when she did—it was way too early. There were rumors going around that something had gone really wrong with her test. But students were the only ones talking about it. When a student dies during an entrance exam, the instructors don’t discuss it. It’s pretty much the worst thing that could happen here, and they all try to just go on as if it never happened.”

I asked the question that had hung in the air between us since she started talking. “What kind of entrance exam killed her?”

“She was in the library, working on one of the earliest projects we did this year, when something she was doing caused her entrance exam to drop.”

“Caused it to start. It was a dragon.”

I gaped at her. “A dragon?” I shook my head, still not believing that I’d heard right. “What the hell kind of exam is a dragon?”