An action packed adventure takes our heroes around the world on a search for the sword of Goliath! 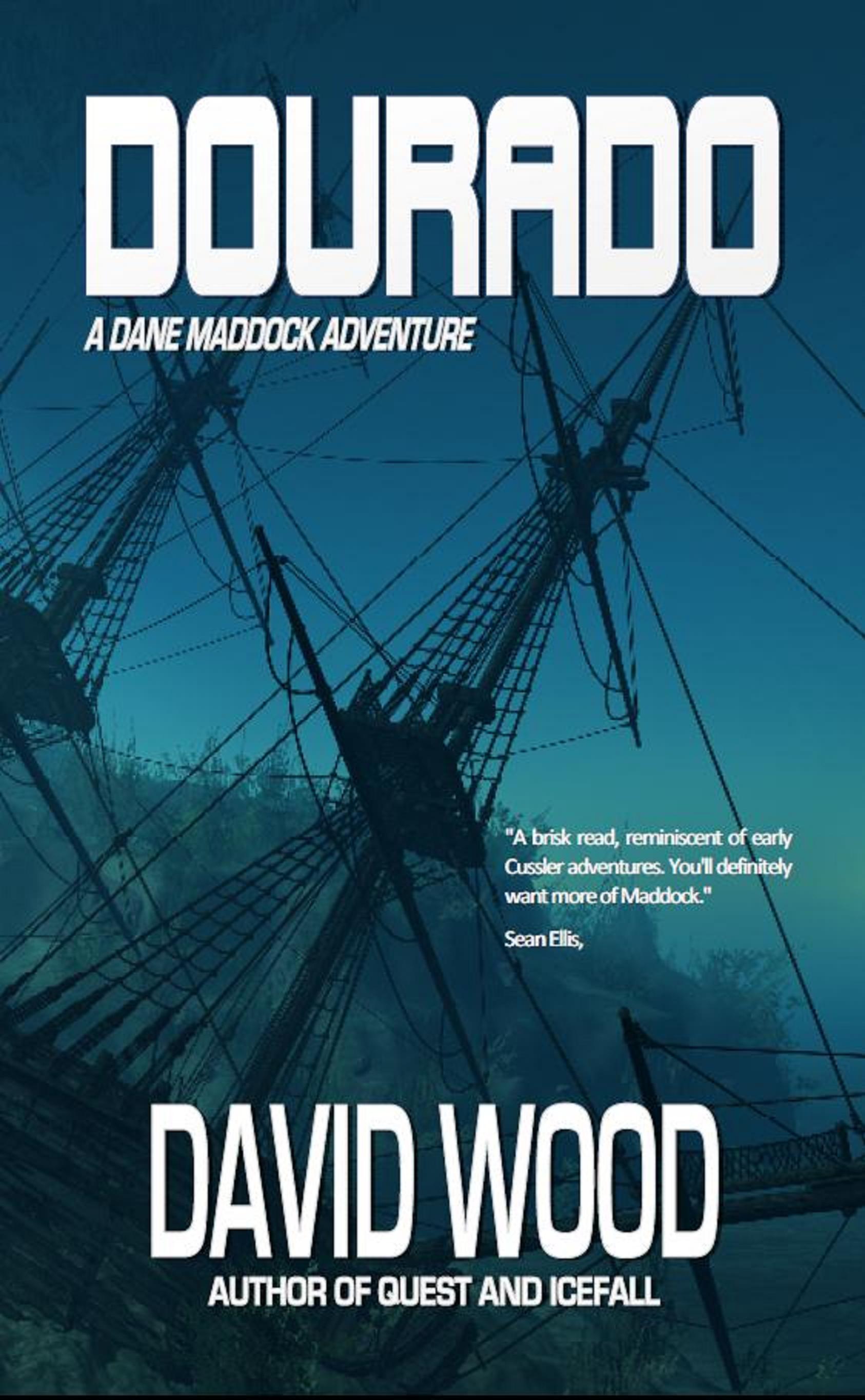 A sunken treasure. An ancient Biblical artifact. A mystery as old as humankind. On January 25, 1829, the Portuguese brig Dourado sank off the coast of Indonesia, losing its cargo of priceless treasures from the Holy Land. One of these lost relics holds the key to an ancient mystery. But someone does not want this treasure to come to light. When her father is murdered while searching for the Dourado, Kaylin Maxwell hires treasure hunter and former Navy Seal Dane Maddock and his partner Uriah "Bones" Bonebrake, to locate the Dourado, and recover a lost Biblical artifact, the truth behind which could shake the foundations of the church, and call into question the fundamentally held truths of human existence. Join Dane and Bones on a perilous adventure that carries them from the depths of the Pacific to ancient cities of stone as they unravel the mystery of the Dourado.

"A fast-paced adventure with action to spare. Dane Maddock is a hero cut from the Dirk Pitt mold, and "Bones" Bonebrake is the best sidekick around. If you like your thrillers with a touch mystery and Biblical archaeology, Dourado is the book for you." -- Megalith Book Reviews


The Dane Maddock series has sold over 100,000 copies in the English language, making David Wood one of the best-selling independently published action adventure authors in the world!


A dead ship makes better company than a live person, Dane thought as he propelled himself with two solid kicks through the gaping hole in the side of the sunken vessel. He drifted, careful not to upset the fine layer of silt that covered the boat’s interior. It would be the underwater version of a whiteout if he did, and it would spoil his exploration. A school of bright blue sergeant majors, so called for their dark, vertical stripes that made them resemble a sergeant's insignia, swam past seemingly oblivious to this intruder into their watery domain. Dane greeted them with a mock salute and they scattered out into the sea. Another small flip of his swim fins and he slid deeper into the bowels of the wreck.

It was a tuna seiner, and not a very old one. The outside was white with broad bands of green striping down the side. He did not expect to find anything of interest inside, but he desperately needed a diversion after a long and fruitless day of searching for the remains of the sunken Spanish galleon.

He switched on the dive light strapped to his forehead and looked around. More than likely, this had been a drug runner’s boat. It was stripped down to bare bones on the inside, all of the trappings of the fishing trade absent. A fire extinguisher was still strapped to the wall, one of the few remaining accoutrements in this sunken tin can. He floated over to it, and gently brushed away the silt over the inspection label to reveal the year 2002. He looked around a few moments more, his eyes taking in the crumbling upholstery on the seats and the bits of marine life that were beginning to homestead on the interior. There was nothing here to hold his interest. He took a quick glance at his dive watch and calculated that he had about ten minutes of air remaining. It was time to head back up.