Kings Christian and Zane, believe their Queen mate may be a traitor and they’ll try anything to get the truth out of her. 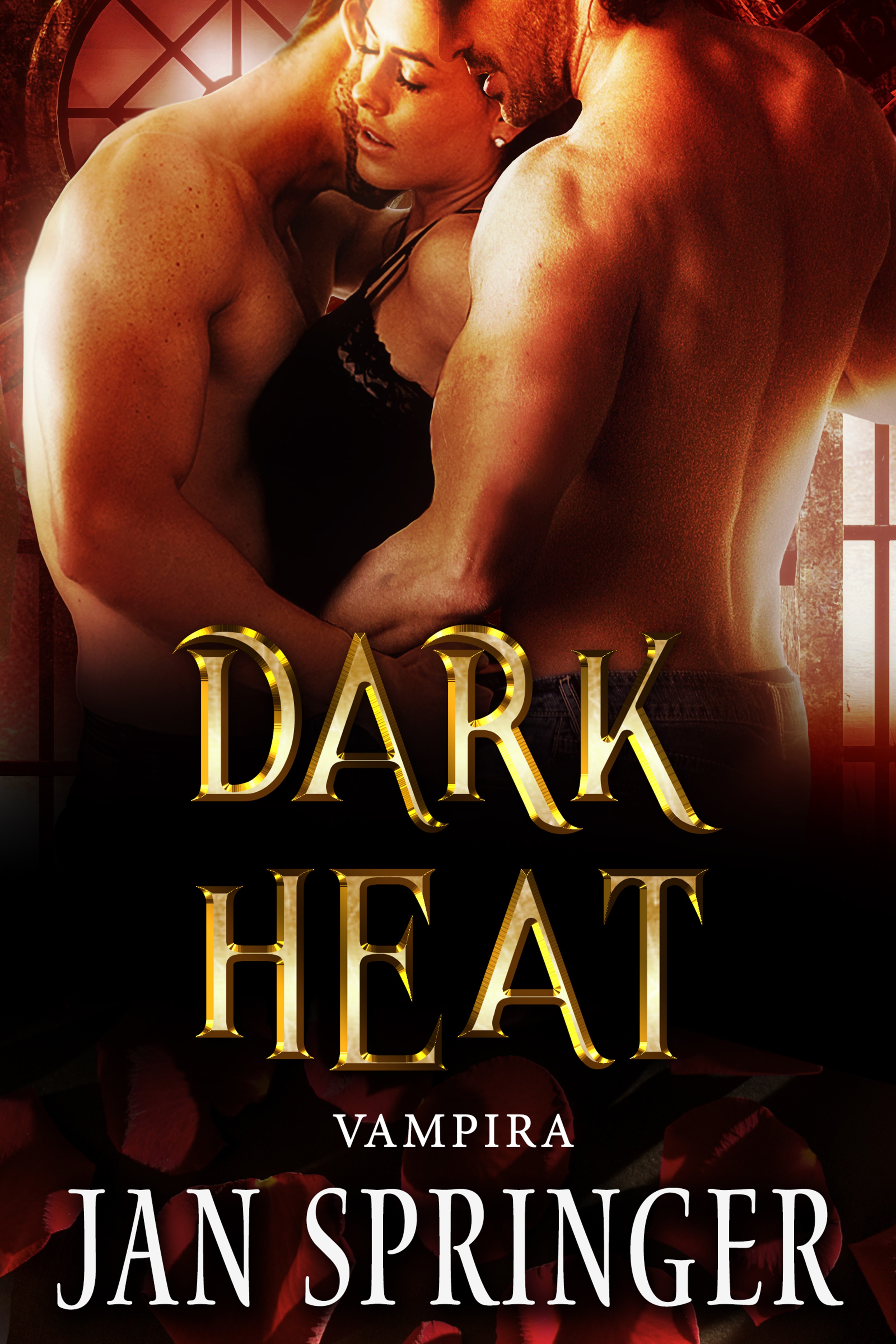 Warrior Queen Megan Bloodrayne was betrayed by her two mates. Fleeing them, she hides within Vampira, a secret coven of vampires who live undetected among the humans.

Recaptured, Megan learns she’s been framed for crimes she did not commit. Her mates, kings Christian and Zane, believe she may be a traitor and they’ll try anything to get the truth out of her.

Megan’s got a secret and she’ll do anything to keep it, including enduring scorching sessions of red-hot sensual torture.

Other books in the Vampira series are: Sweet Heat, Wet Heat and Crimson Heat


Dark Heat was a bestseller at Ellora's Cave Publishing.

Now it is published with Spunky Girl Publishing and continues to have good sales at etailers (combined).


Megan looked exquisite. Absolutely breathtaking, laid out on the padded table. Blindfolded with a shimmering blue velvet scarf, she had a pale-blue sheet draped over her and he had no problem making out the erotic curve of her breasts, the small juts of the nipple vibrators, or her wide hips and her long legs. Her hair was splayed out on the pillow, painting it auburn with those luscious shiny waves. Her skin was pale and ivory, and he knew without touching her how silky soft she would feel beneath his fingertips. He had waited a night and a day after her arrival before coming to her dungeon. Had commanded her guards to summon him when she fell asleep. He wanted to look upon her without being sniffed out or gazed upon with crystal-blue eyes that melted his knees and turned him from an angry conqueror to a male who wanted to dominate her and please her at the same time.

His Queen. A lethal bitch to his senses. She still smelled the same. Clean. Spicy and sweet. A tender, tasty morsel who made his mouth water and his body tense just thinking about dipping his head between her thighs, curling his tongue against her clit and drinking her warm pleasure juices.

He knew beneath the sheet draped upon her body she would be naked. It was what he had instructed. He knew they had outfitted her with the gold jewelry he loved to see on his female. The butt plug, the vibrating nipple clamps, and the clit stimulator — the latter which he hadn’t used yet — were all made of pure gold, the ancient metal of Kings.