Christmas Beyond the Box by Josh Langston

Very non-traditional short stories set in and around the Christmas holidays. 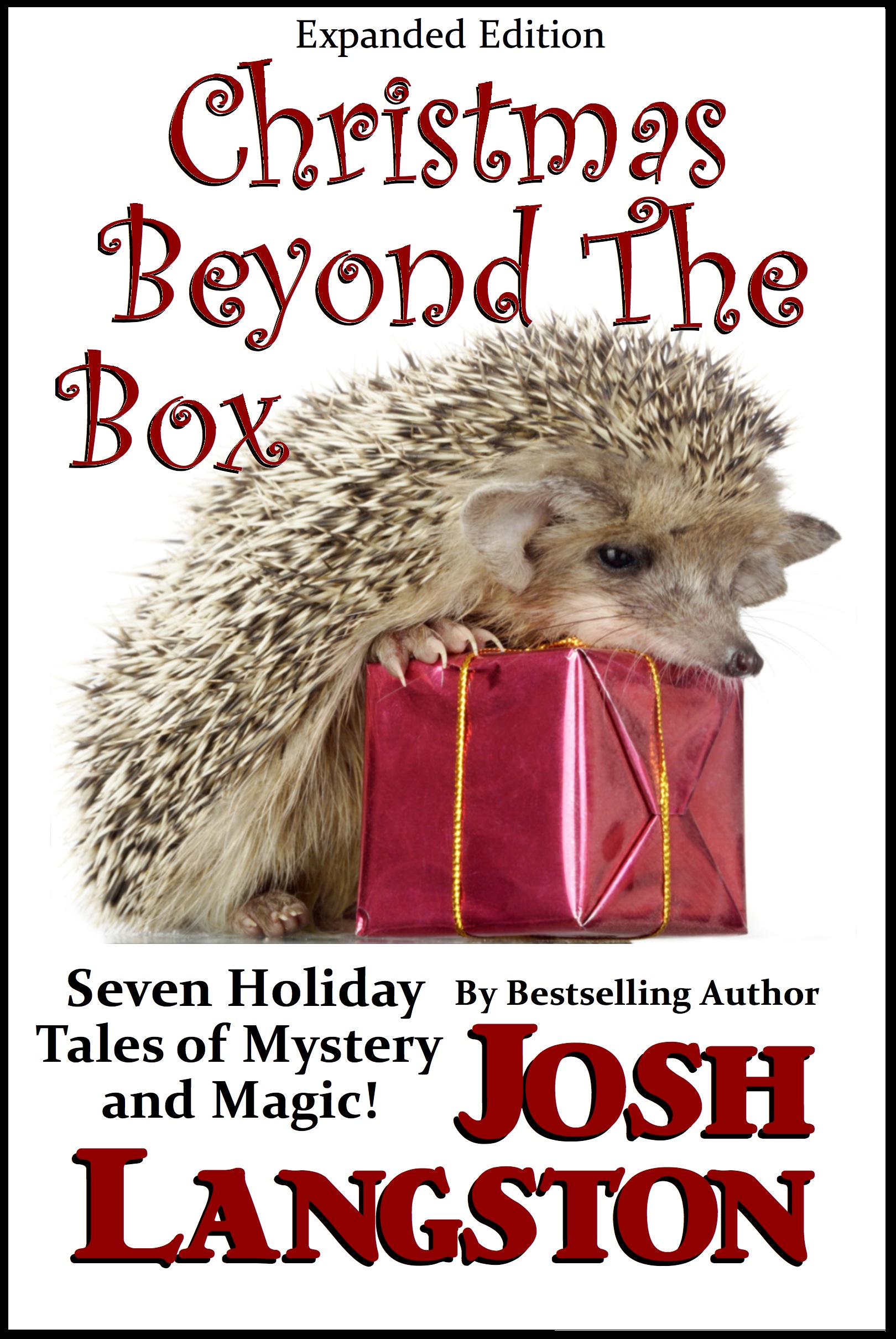 An Amazon Top Ten Christmas favorite! (But is it right for you?)
It is if you're tired of hokey holiday stories like "Frosty Knits Mittens for Kittens," or "A Cookie for Rudolph." Yawn.

The holidays mean many things to many people. "Christmas Beyond the Box" takes that notion a great deal farther and provides some truly unconventional looks at the season from several unusual perspectives. Suitable for all but the very young, there's sure to be a tale worth re-telling in this collection for many Christmases to come.

Bestselling and award-winning author, Josh Langston, brings his considerable talents to bear in this collection of seasonal short stories. But, just because they take place during the holidays, don't assume these tales won't generate smiles at any time of the year.


Christmas Beyond the Box is available free as an e-book and was originally intended to draw interest and build readership for my novels. It regularly hits the Amazon Top Ten for Christmas books. (As of this writing, May 15, 2014, it's #17.) A paperback version will be available in English in December, 2014.

The reviews it has received are quite favorable, especially from those readers interested in non-traditional stories. Folks looking for Christmas tales featuring the usual worn out themes and overused plots will be disappointed.

An audio version, brilliantly performed by Paul Licamelli, is available through Audible.com


A Time for Giving

"They're gone," Mrs. Binderburg said. She set a plate of cookies on the kitchen table and lowered herself into a straight-backed chair. She stared at the cookies for a time, then pulled a wad of tissue from the pocket of her housecoat and blew a goose call into it.

"You're sure?" Mr. Binderburg asked when she finished.

She looked out the window at the broad stump which was all that remained of the 100-year-old fir tree that once shaded their house. The folks from Rockefeller Center had paid them handsomely for it the day before and then hauled it into the city.

"The cookies went untouched," she said, "so I'm sure they're gone."

Mr. Binderburg bowed his head and wrapped his wrinkled hands around his coffee mug as a tear worked its way down his cheek. "After all these years." He raised his head, placed his hand gently on top of Mrs. B's, and smiled.

Tony Paschetti looked down in shock from the scaffolding surrounding the great tree in Rockefeller Center. He gripped the rail and stared at the scene on the ice rink below where a heavy-set man lay flat on his back, his arms and legs moving almost imperceptibly. Tony hadn't seen the ornament fall, but he'd heard the commotion from below and feared the worst. The injured man lay like a target on the ice, surrounded by an inner ring of shattered tree ornament and an outer ring of curious on-lookers.

Moments later Abe Joli, the job foreman, arrived at his side. "Geez, Tony, how'd that happen? Don't tell me you ain't usin' the locks on the bulb hangers."