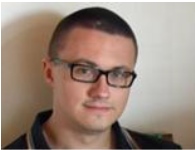 Hi! I'm Corrado Pastore. I was born in 1986 and I'm now living in Brescia (Italy). I studied Chinese and Spanish at Turin University. In 2009 I graduated in Lingue e Culture dell'Asia e dell'Africa, with a thesis about magical realism, Gabriel García Márquez and Mo Yan. Than, between september 2009 and february 2010, I studied in Beijing (China) for a semester. In february 2010 I went back to Turin and on february 2012, after a two-year specialization, I graduated with a thesis about the UNESCO Heritage in China. In 2015, this thesis, modified and corrected, has been published into the volume "Guida al Patrimonio UNESCO di Italia e Cina", presented at 2015 World EXPO in Milan, at International Bookfair in Turin and at the general UNESCO Conference in Paris.