I am a very hardworking and trustworthy person, passionate about languages and different cultures 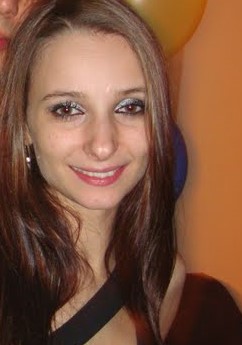 I was born in Romania in 1988, finished primary, secondary school in my birth town of Timisoara.I was always interested in Latin origin languages and i started watching Mexican, Brazilian, South American in general movies and shows.I easily learned spanish and Portuguese.

After one year studying at Politehnica Timisoara i obtained a transfer to University of Zaragoza in Spania.It was the perfect opportunity to learn another language and experience life in another country.In 2009 i met my actual husband and i went with him to Brazil.After we got married in 2010 we both emigrated to Ireland until 2015 when I returned to Brazil for 7 months.While in Brazil i was teaching English at a local Language School and i found the experience extraordinary.

Living in Brazil was one of the most crucial moments in my life because it made me realise how much i missed Europe especially Ireland.It was a great experience because it helped me perfectionate my Portuguese, but it helped me make up my mind on where i wanted to really be.I live in Ireland at the moment because i feel the most connected to the people and culture.Romania might be my birth "mother" but Ireland is deffinetely my "soul" country.

At the moment i am training as a Dental Nurse/Receptionist on a part time basis but i am working as a translator/interpreter on my spare time too.