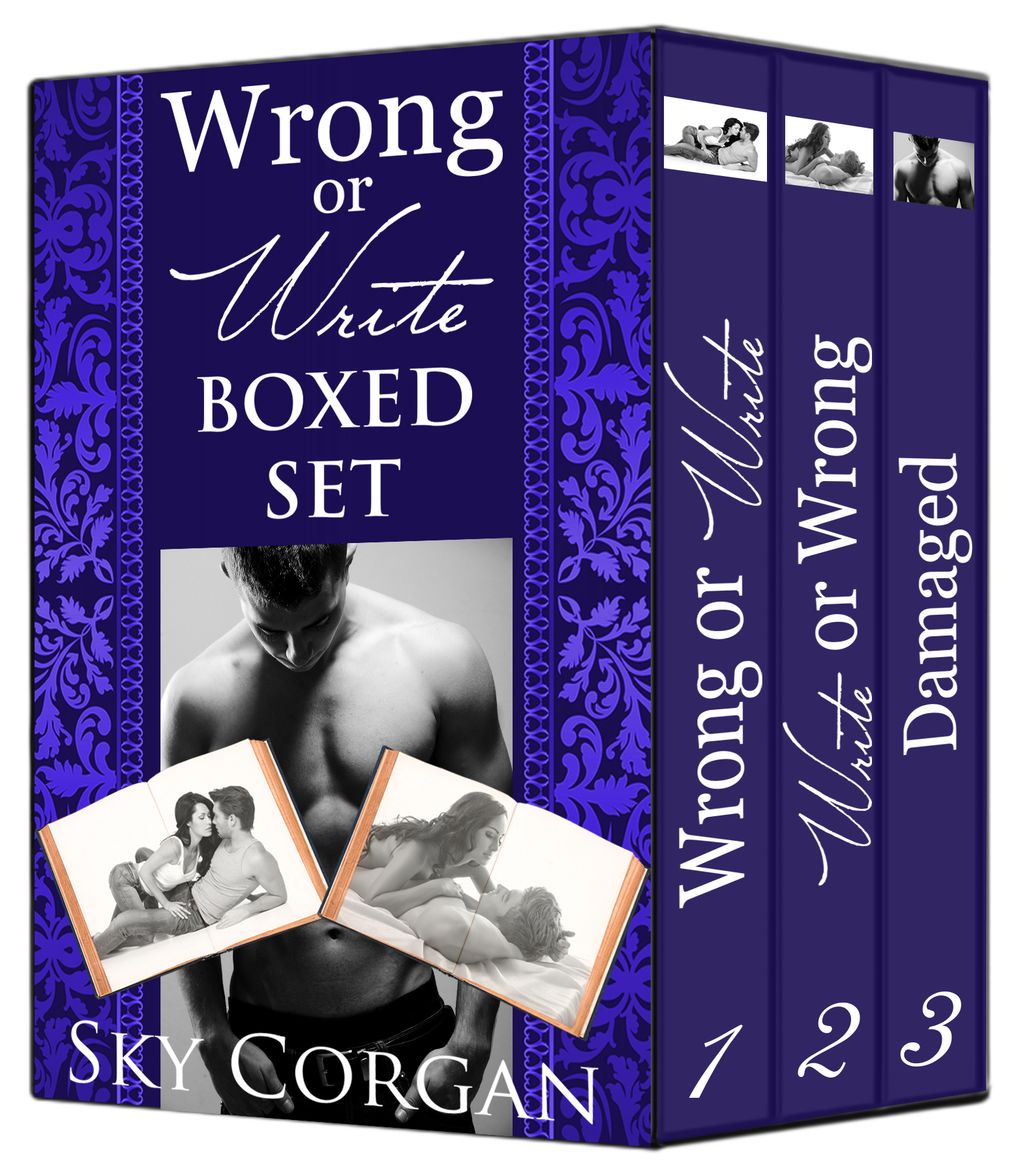 All three novels of the Wrong or Write series are finally in one boxed set.

Growing up together, she always imagined him becoming her husband, but when fate pulls them apart, time turns them into strangers. When they're reunited, Kim's not sure what Dominick is thinking anymore. All she knows is that he has an insatiable lust, and it seems to be entirely targeted on her.

Also included: Damaged (Behind Her Green Eyes) Dominick Parker's novel that gives you a glimpse into his past and what could have been.

Adjusting to a new town was hard for Tara Edwards. Luckily, she was able to find a friend in Darren Jones, the boy whose family owns half the city. He offered her protection and friendship, but what he wanted in return was more than Tara was willing to give.

Eventually, Tara leaves the city she grew up in, looking to start a new life. She soon finds that sometimes what you don't want is exactly what you need.

When tragic circumstances cause her to return to the city that she hates, it feels like everyone she has ever damaged is there to haunt her. Tara finds herself caught between two men, trapped between her past and her future.


Most little girls dream about being princesses and marrying their fathers when they grow up. No man is as wonderful and handsome as your father when you're five years old. You don't understand the concept of romantic love and what it means to be in a relationship. The admiration you have is innocent and sweet.

I wasn't like most little girls though. While my father was an amazing man, my first prince charming was Dominick Parker. Not only did he look like a Disney prince, but he also acted like one.

He was my sister's best friend, but he never made me feel excluded, even though they were both twelve years my senior. Instead of going off on their own all the time, they'd take me with them when they went to the movies or to theme parks. We even built my tree house together.

When I was seven years old, my parents died in a tragic car accident. At the time, my sister Tammy was living in a dorm at college. She immediately moved back home to take care of me. She would have dropped college if it wasn't for Dominick. He decided to sacrifice his own free time to make sure that my sister and I were well cared for. He went to college during the day and worked at night. The only time I ever saw him was when he was handing his paychecks over to my sister.

Thanks to Dominick, my sister and I were able to act as close to a normal family as possible. We'd both go to school during the day, but by the time the bus dropped me off, she'd be waiting for me at home. She wasn't a replacement for Mom, but I knew she tried her best.

The years passed, and Tammy finished college and was able to get a job as a manager at the local bank. She made sure her schedule still allowed for her to be home before I got off school. With Dominick no longer needing to support us, he quit his job and started coming around more.