"Read this just for the pleasure," says Romantic Times of Jill Barnett, her marvelous stories are always a delight, and never more so than in this thirteenth-century tale of a brave knight who returns to the Welsh border to claim -- and tame -- his bride, 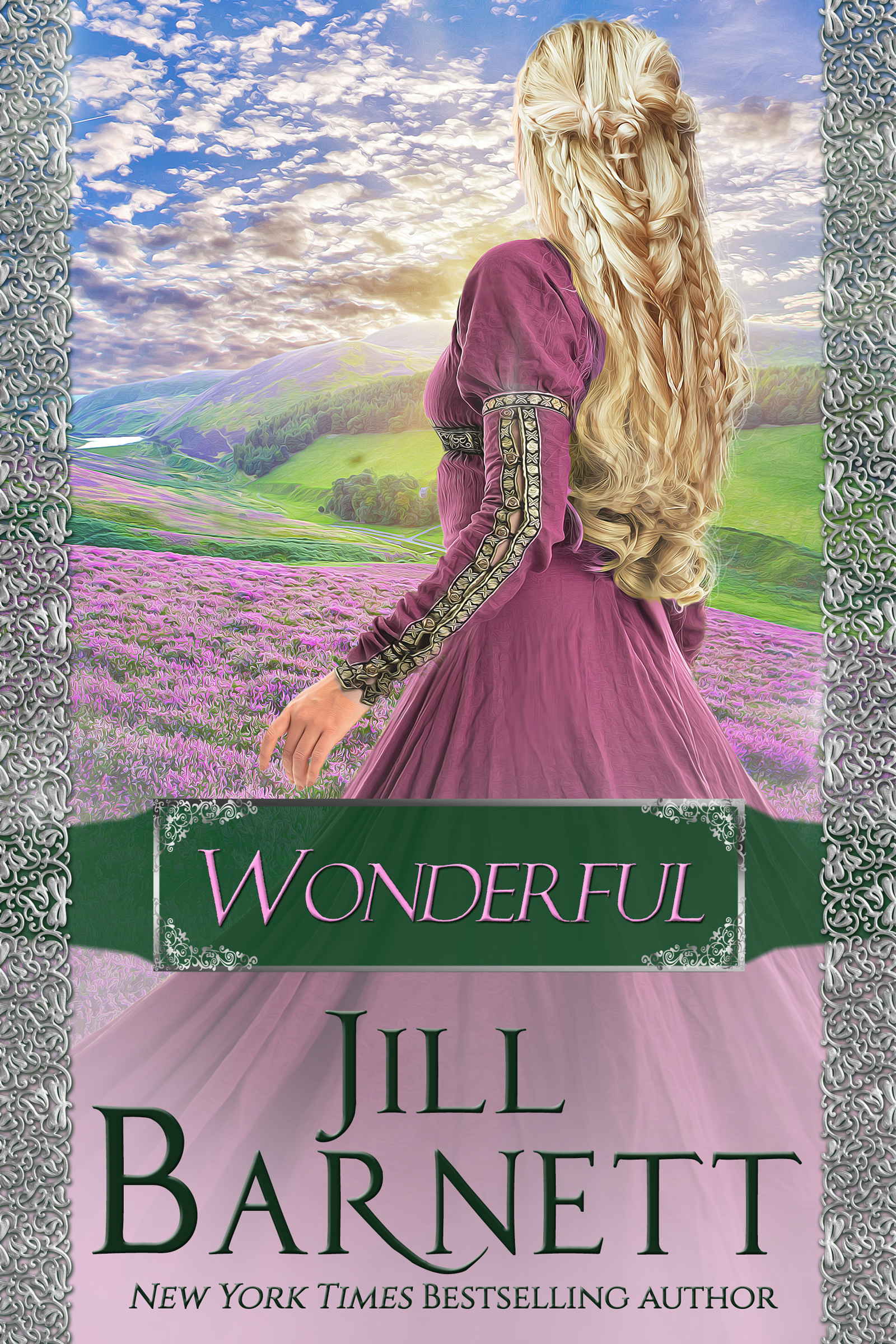 After too many years on the battlefield, Merrick de Beaucourt is looking forward to a simple life of peace and quiet with a docile wife at his side. But when he finally fetches his bride-to-be from a secluded English convent, he finds he needs more than his knight's spurs to bring order to his life.

When she was betrothed at fifteen to the legendary English knight she had never met, Lady Clio of Camrose believed that love was something magical. But her youthful hopes faded as she languished in a convent for six long years, never hearing a word from Merrick.

Weary of war, Lord Merrick finds little peace guarding the wild Welsh borders, and even less with the wife whose trust he destroyed. But as Lady Clio comes to understand the dark knight she so blindly wed, she sees a chance to make her dreams come true. Amid the enchanted mists that envelop Camrose Castle, they will battle together to discover a place where all things are possible, even a love that is rare and wonderful.


Initially published with a 420,000 print run, Wonderful this the NYTime Extended List at #16,Publishers Weekly, USA Today at #22, Barnes and Noble and Borders/Waldenbooks Top Ten, and more.  The book went back to press five times and once it was published in eBook, it hit #1 on Amazon's Overall Paid Bestseller List and muliple bestseller lists like Kobo and B & N

LADY CLIO’S FATHER claimed her pale silvery hair was her greatest asset . . . or perhaps his greatest asset, considering he had the duty to see her wed to some poor unsuspecting fool.

To look at Lady Clio of Camrose, one would think she was the image of what every man, knight or king, peasant or merchant, wanted in a wife—someone who was meek in spirit: to make a man feel braver and stronger. A wife who was docile enough to allow a man to be the king of his castle. A woman whose head was as light inside as outside, to assure him that he would be more intelligent and therefore superior.

According to the Church, the color of a woman’s hair bespoke her true nature. The men empowered by the Church based this theory on the conclusion that hair grew directly from the brain.

Fiery hair in a woman warned men of a woman’s devilish spirit. Since woodland covered two thirds of the English isle, hair the color of tree trunks was considered common and showed the woman had little imagination. Hair the color of midnight, which everyone knew was the witching hour, crowned the heads of women all too clever and devious. ’Twas even said by those same men of the Church that Eve herself had hair as black as a woman’s sin.

But a woman with light hair was perfect. Unfortunately, those men of the Church did not know Clio. She was headstrong and determined, traits admired in men but scoffed at in women. Her father swore she had been born with that stubbornness.

Before Clio’s birth, Clio’s mother had lost five babes. With Clio, as before, her mother’s birthing pains had come before her time. When the priest tried to perform Last Rites over her puny blue body, she kicked his hand and, according to her father, opened her mouth and almost wailed the castle walls down  To the utter amazement of everyone, Clio lived.