A humorous mystery full of magic, mayhem, and murder. 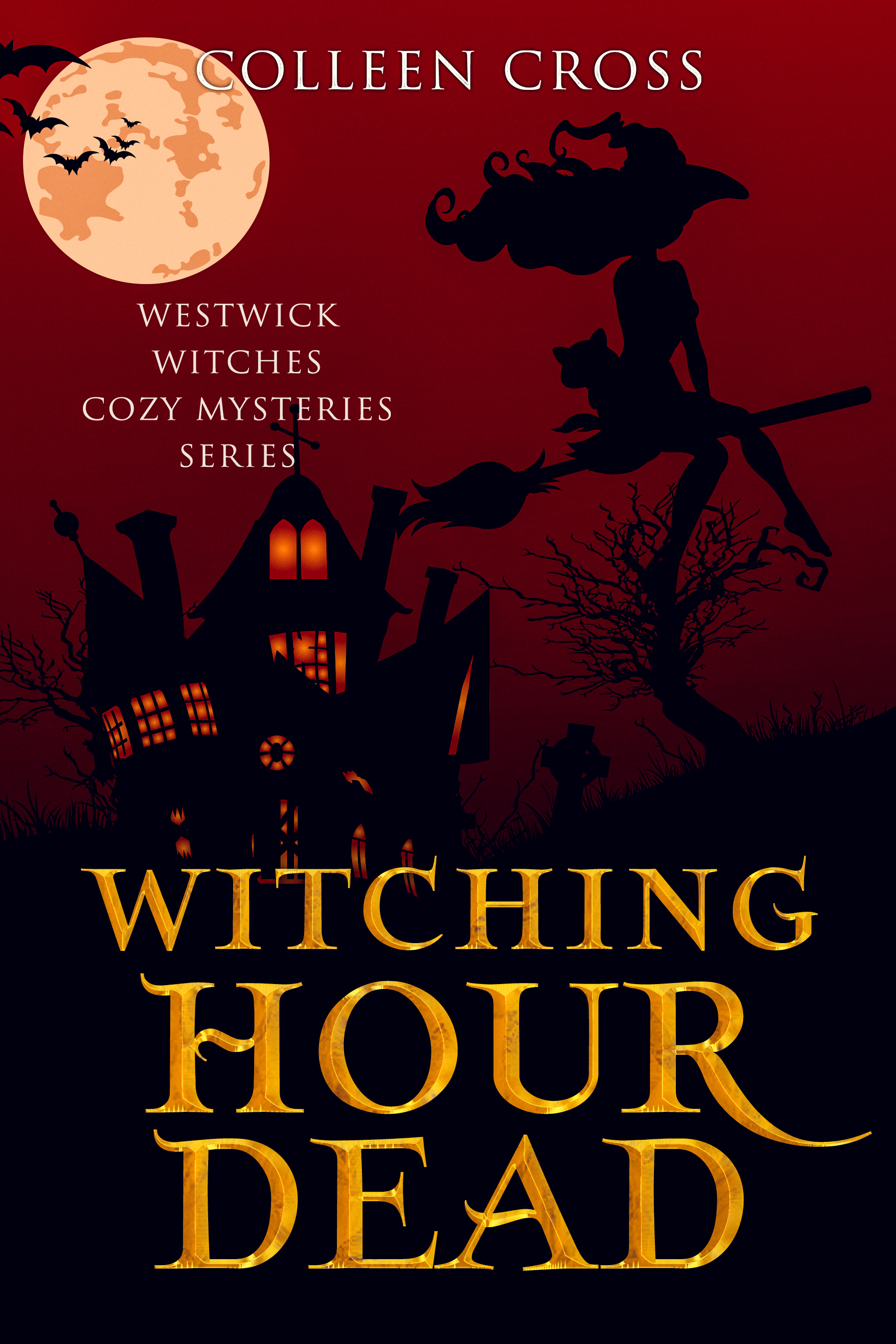 The annual Westwick Corners Wine Festival is a time for the popping of corks and, Cen hopes, time for Tyler to pop the question and propose. But when a festival goer turns up dead, it’s clear that merlot, magic and murder don’t mix!

Witching Hour Dead is book 5 in the Westwick Witches Paranormal Cozy Mystery series. All books can be read standalone but you'll love the books more if you start with book 1, Witch You Well.


This is book 5 in a bestselling series of standalone humourous paranormal mysteries featuring a small town family of witches. The first 4 books have been translated into several languages and sell well internationally in Dutch, German, Italian, French and other languages.

It was an unseasonably cold day, even for October. I was holed up in my office on a Friday afternoon. I had the baseboard heater turned up to the highest setting, half-pretending I was on a tropical island under an umbrella sipping Pina Coladas. In reality, I was racing to meet a deadline. But speed-editing my feature story on the upcoming annual Westwick Corners Wine Festival wasn’t going all that well. My brain kept drifting off to Pina Colada land, so I wasn’t getting much done.

I am the procrastination queen, which is why I was stuck here in my dingy office on the top floor of a hundred-year-old building. The creaking floorboards, hissing pipes, and all sorts of mysterious noises were the only things that kept me company. It was creepy working alone sometimes.

I had missed lunch and found it hard to concentrate with my stomach rumbling, so I decided to go out to get a snack before the café down the street closed. I had just grabbed my jacket when the outer office door slammed, stopping me in my tracks. I wasn’t expecting anyone.

A pony wall separates my outer office from the rest of the floorspace. The top part of the wall was frosted glass. It was a 1940s update that I had planned to change eventually, but I’d grown to love it. It reminded me of a Sam Spade detective agency.

The Westwick Corners Weekly isn’t exactly cutting-edge journalism, so I’ve never had to worry about stalkers or other crazies. Until now, that is, when an unidentified intruder stood one pony wall away from me.

I don’t lock my doors. Being risk averse, I would like to, but it’s simply not ‘done’ in Westwick Corners. Small towns have their own kind of peer pressure.