The Special-Ops force that uncovers a White House conspiracy putting the Pope in danger. 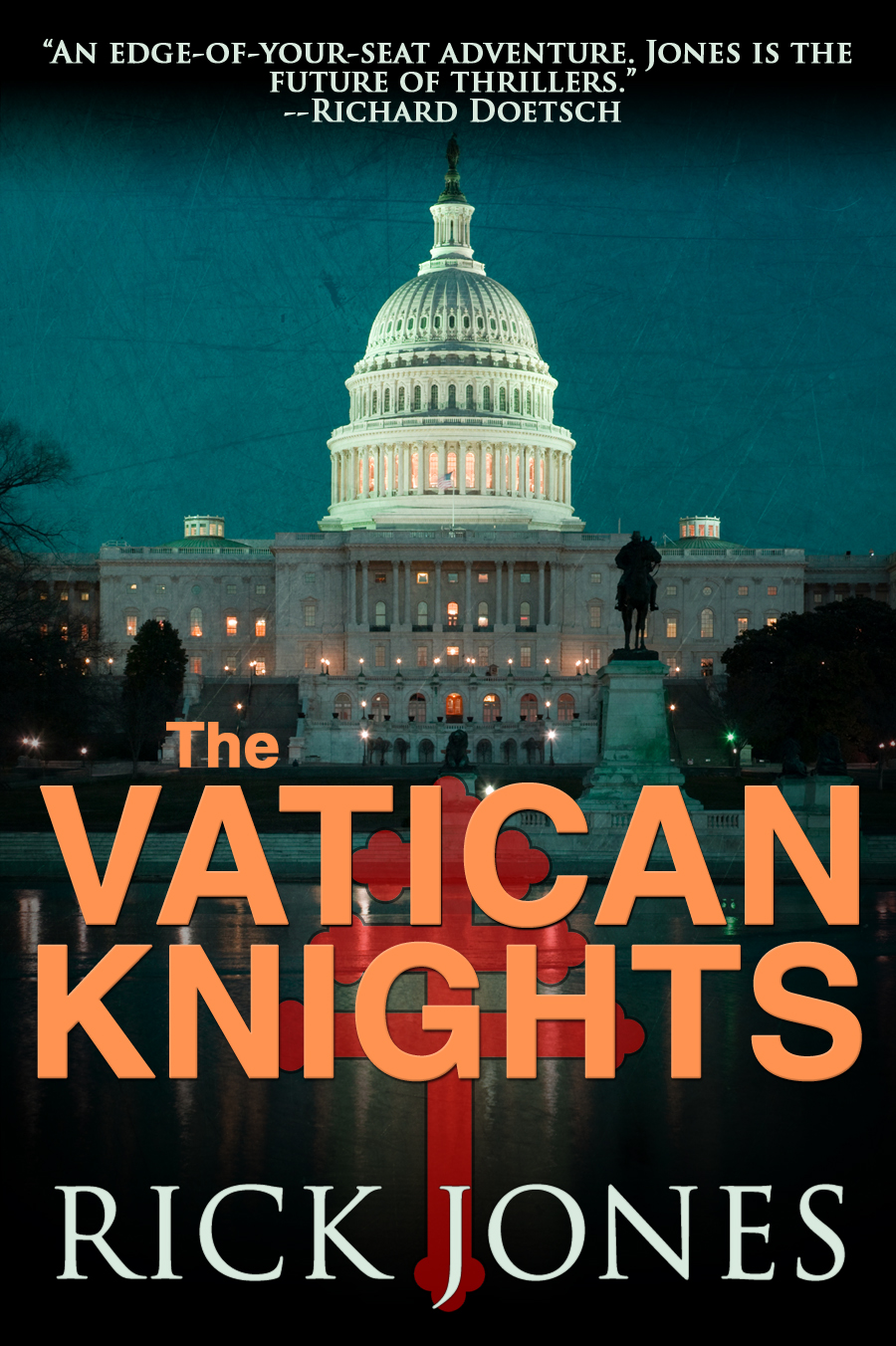 While on a visit to the United States, Pope Pius XIII is kidnapped by a terrorist cell calling itself the Soldiers of Islam. If the United States and its allies do not meet their demands, they will execute the pope. So when FBI Specialist Shari Cohen is called to duty to track down the terrorist cell responsible, she learns that she is not alone. Deep behind the Vatican walls a secret order dispatches a clandestine op group of elite commandos known as the Vatican Knights. Their mission: bring the pope back alive. As Cohen and the Knights work in tandem they uncover a White House conspiracy involving high-ranking members on Capitol Hill. When she begins to get too close to the truth about the pope’s kidnapping, she becomes the target of indigenous forces trying to keep the conspiracy safe. However, in order to get to her they must go through the Vatican Knights.


For the moment it was quiet, the Knights either at prayer or in meditation. Kimball wished to take part in neither of these activities, since he struggled to find his faith. By blood he was a warrior; by nature, a patriot. But as a child of God he found himself in constant turmoil. Peace eluded him like something flitting at the corner of his vision, something close but unobtainable. What he sought could not be found at the altar or within the confines of a confessional. What Kimball truly wanted was to be more than what he really was—a killer.

What he sought was salvation.

His room was small, with the barest necessities. Other than a single-sized bed, nightstand and dresser, there was a small dais with a Bible upon it that had gone unread, and a votive rack and kneeling rail meant for prayer, but the candles had never been lit and the rail never knelt upon. High on the wall, a stained glass window provided the only light into the room. The pieces of leaden glass formed the colorful image of the Virgin Mother reaching out to him with outstretched arms.

After carefully folding his cleric shirts and placing them in a backpack, the act itself homage to the cloth, he made sure he was equally careful with the pristine white Roman collars. Whatever else he and his Knights would need, they would receive from Cardinal Medeiros in the States.

After running the zipper along the backpack, Kimball stood before the mirror and appraised himself, noticing the telltale signs of age beginning to show. After arranging his beret so it tilted to military specs and making sure the Roman collar was straight and clean, Kimball grabbed his backpack and headed off to confront his new challenge. He felt invigorated, a feeling he hadn’t felt to this degree since he was a member of the US Force Elite, the one-time assassination squad covertly sanctioned by the president of the United States.