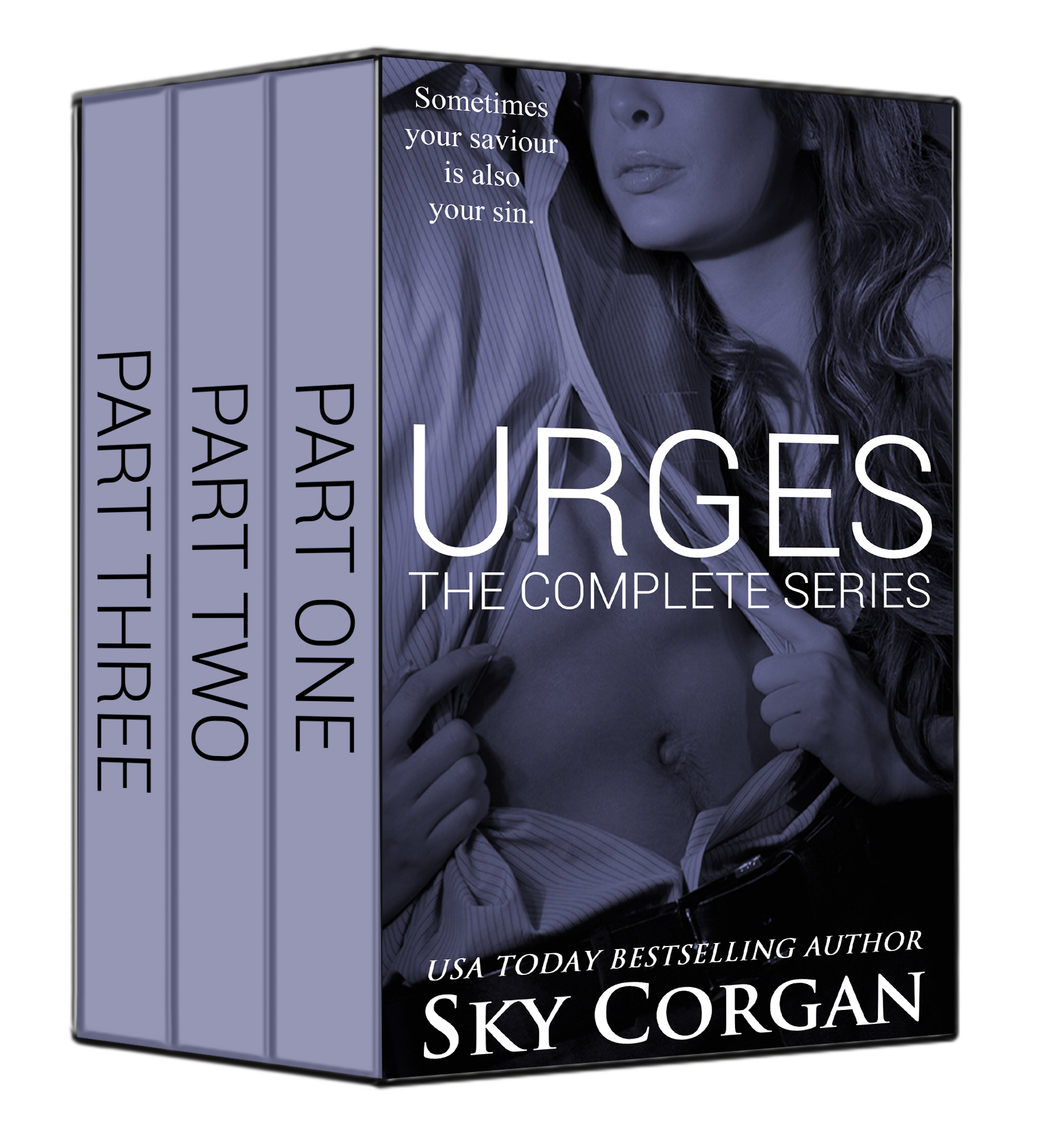 Available together for the first time ever—the complete Urges Series. Parts One, Two and Three.

Part One: Fennel Riegel was looking for a good time. After losing her job and winding up having to move back home, all she wanted was a night to forget herself in the arms of a random hookup. Someone had other plans for her though. When the night goes awry, Fennel finds herself more stressed out than she was before.

Trent Stevens is both the man of Fennel's dreams and her nightmares. He swooped in to rescue her from herself and then disappeared without a trace, leaving Fennel confused and mentally scarred. When he resurfaces to save the day again, she can't figure out if he's good or bad. All she knows is that there's a darkness about him that intrigues her.

Part Two: Trent Stevens has Fennel so turned around that she doesn't know whether she's coming or going. An unexpected tryst in his office has her questioning if their relationship has turned from professional to personal.

When he starts giving her the cold shoulder, it quickly becomes apparent that things aren't what they seem. He plays a dangerous game of push and pull with both her emotions and her body. While he tells her to stay away, his actions speak the opposite.

Fennel's too intrigued to give up on Trent. There's a dark sexiness about him that she's yearned to experience. But when he finally lets her in, what he shows her is far beyond anything she could have imagined.

Part Three: A tumultuous love affair with her boss has left Fennel Riegel feeling completely destroyed. All she wants to do is get away from the man who threw her trust back into her face. Getting away from him is easier said than done though when he seems to be on the hot pursuit.

After finding a new job and settling into a place of her own, Fennel thought that life was finally returning to normal. Trent Stevens has other plans though. He's going to follow Fennel to the ends of the earth and do whatever it takes to get her back, including disclosing his darkest secrets.


My heart drums in my chest as I stand on the other side of the hotel door. I've been counting down the minutes until he arrives, feeling like a complete wreck. It's hard to look sexy when you're coming apart at the seams.

My feet hurt from standing here. I don't even know why I am. I could just as easily be sitting on the bed. It's not like there's a great distance between the bed and the door.

My hands fidget with the bottom of my lingerie, and I briefly wonder if it's too kinky for the tryst I'm about to have with a complete stranger. Then I realize how stupid that seems. There's no such thing as too kinky when it comes to these types of men—the kind that troll the internet for desperate women to have sex with. Women like me.

What am I doing? This isn't like me at all. It's been so long since I've gotten laid though. Two years, if we're counting. The stresses of life have been getting to me too much lately, and I just need some type of release. A way to forget everything, if only for an hour.

I stare down at the strappy lingerie I'm wearing and readjust my boobs. It's like I'm wrapped in a sausage casing of black striped spandex and mesh. The thing looked far better on the rack. Maybe I should take it off.