With Theodora’s future—and that of her friends—in jeopardy, will she agree to a marriage devoid of affection, or risk everything for the man who won her heart? 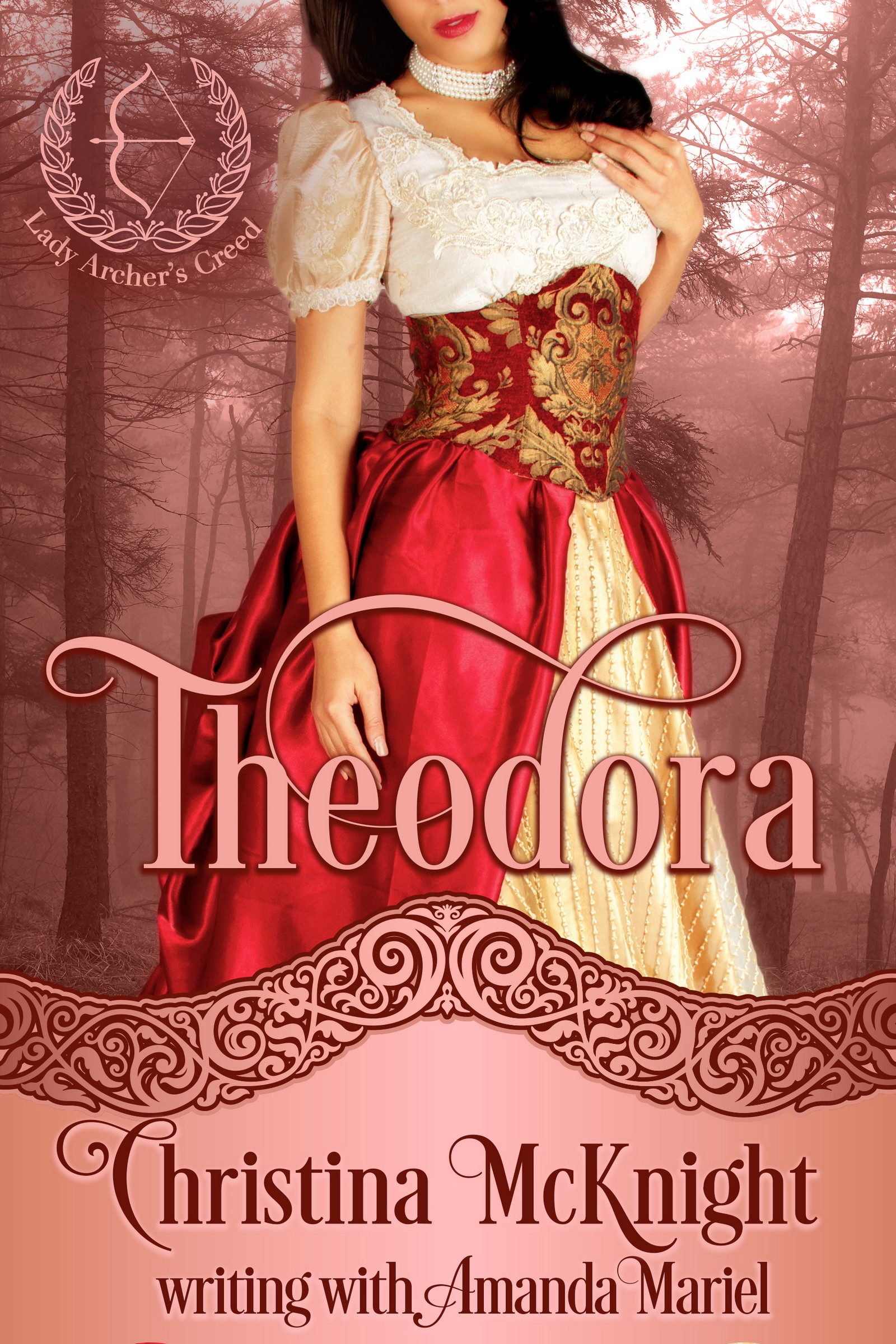 Lady Theodora Montgomery departed Miss Emmeline’s School of Education and Decorum for Ladies of Outstanding Quality to attend her first London Season—her three dearest friends by her side. With her sharp wit and skill on the archery field, Theo is far more interested in winning a large purse prize than securing a husband. But when she is unmasked on the tourney grounds, her face exposed to all, she fears her identity and days spent gallivanting around London will cause not only her undoing, but the downfall of her friends as well.

Mr. Alistair Price, heir to the elderly Viscount Melton, arrived in London with his eight younger siblings in tow. He is charged with keeping his family name above reproach until the Season starts and his sister, Miss Adeline Price, is presented to society—though that proves far more difficult than Alistair ever expected when he discovers his rebellious sister climbing down the side of their townhouse and scurrying off to Whitechapel for an archery tournament. His focus remains on saving his family from the certain ruin and disgrace Adeline’s actions invited—until Alistair catches sight of another female archer, her arrow connecting with far more than the center of her target.

And honor above all…

With Theodora’s future—and that of her friends—in jeopardy, will she agree to a marriage devoid of affection, or risk everything for the man who won her heart?

Lady Theodora Montgomery sat stock-still before the massive table that served as the headmistress’s desk and waited for the woman to put down her pencil and greet her. She’d been shown into the inner sanctuary of the headmistress over ten minutes prior by a young woman—Miss Dires—who’d explained that she’d taught history at Miss Emmeline’s School of Education and Decorum for Ladies of Outstanding Quality for going on ten years. The woman didn’t appear more than a handful of summers older than Theo.

When she’d taken her seat, and Miss Emmeline hadn’t so much as looked up to greet her, Theodora decided it was in her best interests to wait patiently until the woman acknowledged her presence. To keep occupied, Theo took in the room around her—it was far more masculine than the office should be since the school proudly boasted an all-female staff with only one male groundskeeper who took no active role in the daily life of Miss Emmeline’s pupils.

The problem Theo currently wrestled with was keeping her eyes open and her posture straight. She’d spent nearly two days in a carriage to reach her new boarding school from her brother’s London townhouse. She was dirty, exhausted, and wanted nothing more than to be shown to her bed, where she’d gladly obtain a full night’s rest. If she had the opportunity to wipe the dirt and grime from her skin, that would be wholly welcome, as well.