The World of Fives, The Observer Series Part One by Philip G Henley

The Observers watch but must not intervene 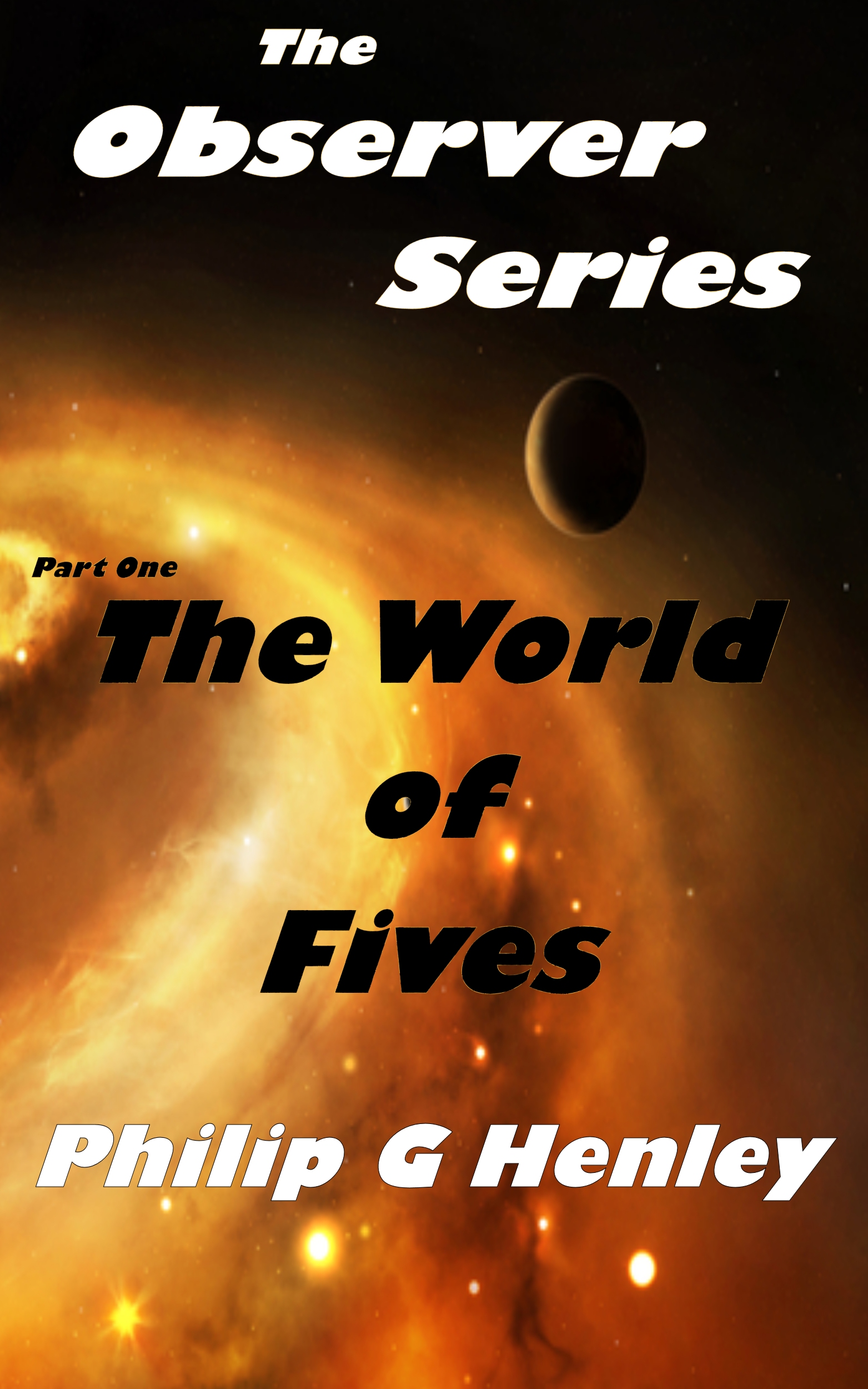 Human Beings have expanded into the stars thanks to the benefits of 7D transportation. Life and planets are plentiful, intelligent life is not. A near Utopian existence for humans is supported by the dedication to various services. The Human Federation policy is one of non-intervention. Observe only, that is the mission of The Interplanetary Geographic Service.

Cathy is an Observer in The Interplanetary Geographic Service observing the planet Fivur as an exceptionally rare convergence of moons and orbits creates massive tidal shifts on the planet’s surface.  Five years into her initial six year mission with only Ix her Artificial Intelligence system for company she watches the planet.

Carlo a Fivurian must overcome the impact of the tides on the planet’s power system whilst keeping his love Sello safe.  Meanwhile Cathy tries to persuade her superiors to intervene and save the lives of the planets humanoid population.  If she can save them they will need a new home but Earth factions have different ideas.  Meanwhile another intelligent species on the planet the Sharok wait to feast on any human or Fivurian who ends up in the water.


Senior Geologist Cathy Rodriguez officer in command of the survey ship Theta-Carmalite was not surprised by the first response from the General Geologist. It was at least the tenth time she had asked during her five years, three months and two days, according to the mission clock, as an active Senior Geologist, SenGeo. Cathy knew what the answer would be before she sent the recommendation. The Interplanetary Geographic Service was very conservative when it came to interventions. The answer to any question or recommendation was always a simple blunt no. However, the second report response was intriguing, how long was she supposed to wait? She sipped at her coffee, and shifted in her seat in the command observatory. She was not lonely, she had the on-board computer who she called HAL, just to wind up the AI interface, when she was in the mood. The AI’s proper name was AIXY3765HAL435, hence the HAL extract but preferred to be called Ix. Cathy had read 2001 as a child at school. How did Arthur C. Clarke know so much back then? He was revered these days as many of the so called science-fiction authors were.