The Wanting (The Other Slave Book 3) by K. Matthew 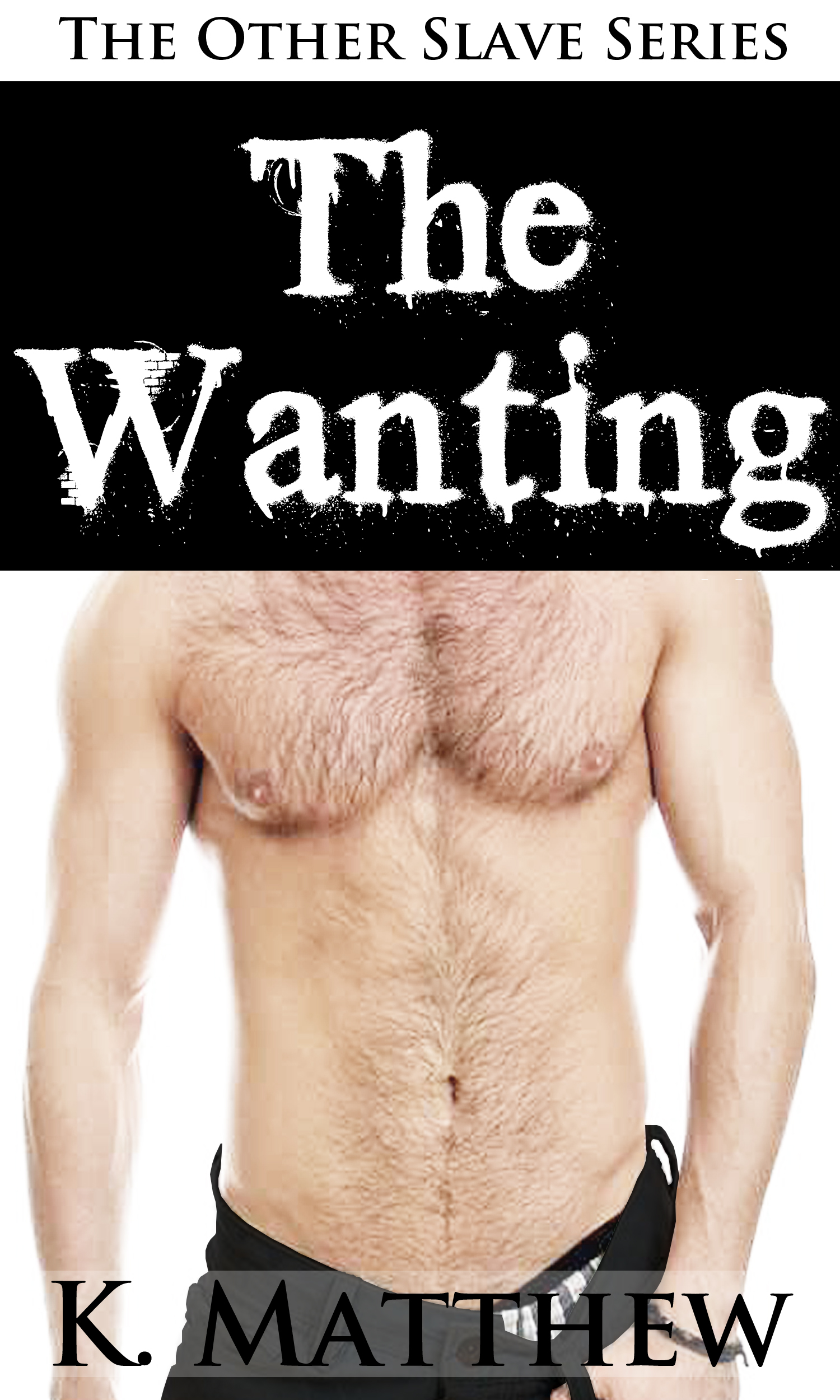 Tensions mount as Jim recklessly pursues his interest in Master Wicked. A dark past causes concern for the slave already in Wicked's possession. Is the inexperienced boy biting off more than he can chew, and is he treading onto territory where he's secretly not welcome?


“You're not seriously considering taking him on, are you?” Lost leaned against the wall, wiping his hands on a dish towel. His brown eyes searched his Master's for an answer. If it were any other time, he would have kept them to the floor, showing his ever-present submissive side, but this conversation was too intense—meant too much to him to allow himself to cower away from it.

Wicked looked up, his broad face expressionless. There was no question that he knew why he was being asked. Still, memories of past events seemed to elude him. Either that, or he just didn't care anymore.

Lost feared the worst, as he always did when his Master talked to other submissives and slaves. They had been together for almost six years now, and he had lived with Wicked for four. The nagging questions tugged at Lost's heart. Is he getting sick of me? Does he want a new shiny toy?

“And what if I am?” Wicked asked finally.

“We agreed, no more poly,” Lost insisted, wringing the towel in anxious frustration.

“You forget your place, boy.” The last word cut through Lost like a knife, deep and sharp. It was a warning when Wicked used that tone—a warning that punishment would follow if he pressed the subject any further.