THE ULTIMATE PYTHON PROGRAMMING GUIDE FOR BEGINNERS TO INTERMEDIATE: by lehi lloyd

A book about learning computer programming 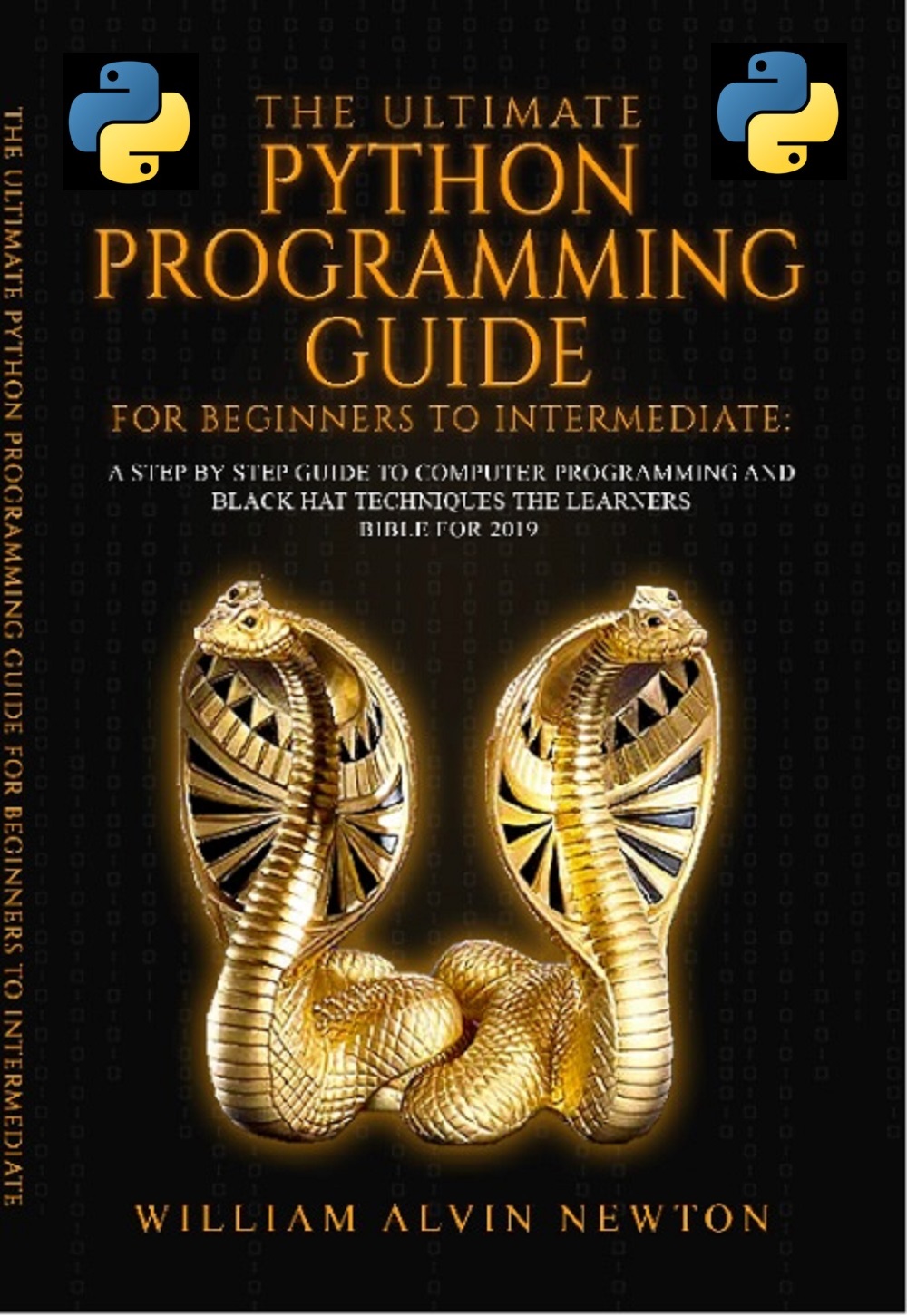 In The Ultimate Python Programming Guide for Beginners you will learn all the essential tools to become  proficient in the python programming language. Learn how to install python in all major operating systems: Windows, Mac OS, and even Linux. You will be guided step by step from downloading the necessary files to making adjustments in the installation for your particular operating system. Learn the command line shell, and how to use it to run python in interactive and script modes.

Discover how the python interpreter functions, and learn how to use the interactive command line shell through practical examples you can try on your own. Learn datatypes and variables in depth, with example code and discussion of the generated output.

Numbers are covered in detail, including a discussion of the 4 number types in python: integer, float, complex, and boolean. Learn about Truthy and Falsy returns and how they relate to the boolean type. Practice with some of the many built-in python math functions, and discover the difference between format() and round() functions.

Strings are one of the most important variables in any programming language. Learn in-depth how to explore, search, and even manipulate strings in python. Practice with python’s built-in string methods.

Learn about python’s control structures and how to use boolean logic to achieve your software requirements.

Deal with operators and develop an understanding of the strengths and differences of mathematical, relational and logical operators, as well as the importance of operator precedence and associativity.
Learn about strings and the many ways to search through and manipulate them.
Discover the power of inheritence and polymorphism.
Learn how to open, manipulate and read, and close files on your filesystem.
Learn about the philosophy and importance of code reuse, and how modules in python makes this simple.
Examine the difference between procedural and Object Oriented programming. Which is right for you may depend on what kind of code you are writing.
Practice control structures in python.
Study operators and learn about operator overloading.
An in-depth discussion of python sequences: lists, sets, tuples and dictionaries. Learn the strengths and weaknesses of each. Practice creating and manipulating python sequences.


This is A new book. Its expected to make big sales in Spanish,German,French.

Be the one to grab this Gem, and reap huge gains in profits.

We will be putting this book into audio in English and spanish.

thanks, and good luck!


Congratulations on downloading THE ULTIMATE PYTHON PROGRAMMING GUIDE FOR BEGINNERS: A STEP BY STEP GUIDE and thank you for doing so.

You do not need to know how to code to use this book, but it does assume the reader is familiar with his or her operating system of choice, knows how to invoke a terminal or command window, and how to install and configure software. Beyond that, you should find everything you need to learn in detail how to become a python developer.

The following chapters will provide a step-by-step method to install, configure, and begin coding in the python programming language. Python is an excellent language for those new to programming, and an easy transition from other languages. It has a natural language feel and avoids many of the rigid blocking and syntax of other programming languages. Python was first developed in 1991 by Guido Van Rossum. It is called a high level language because it hides many of the details going on under the hood from the programmer. Those activities are dealt with by the python interpreter, which takes each line of text provided by the programmer and creates the machine language code required by your computer or other device to run the program.

Python is a strongly typed language, which means it does not automatically convert data types. Instead, the programmer must convert as necessary, meaning it is more difficult to make data type errors in python.

Python has a massive set of libraries, which are essentially tools to achieve goals written by other developers that you can download and attach to your program. You can view these libraries here: https://pypi.python.org/pypi. There are also many other user contributions to python, which you can find on the web. If you decide to become a python developer, one day you might contribute work you have  done to the python community.