The twilight of the normidons by Sergio Llanes, Sue Burke, Ediciones Dokusou 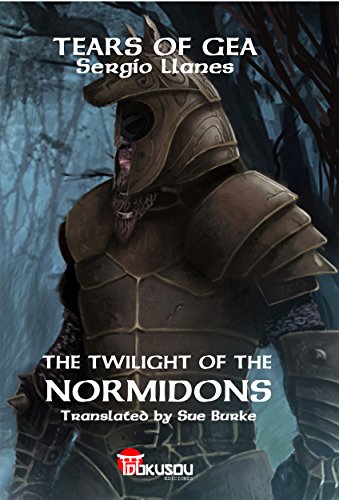 After three thousand years under the domination of the Sforza dynasty, the foundations of the Aurian Empire seem to be teetering. The rebellion in Auvernia and the disturbing presence of barbarian incursions on the borders feed fears for the worst.

General Antonius Sforza, first-born son of Emperor Valentinus III, has been chosen to put an end to the Auvernian resistance, leading the campaign and commanding Auria’s mighty legions.

Meanwhile, the emperor barely sleeps at night. Confined to his palace in Majeria, protected by his unswerving Normidon Guard, he cannot trust even the Senate, presided by his brother Claudius.

The strength of the Aurian Empire has been key to keeping the ancient world almost unchanged over the passage of time. The Sforza hegemony has gone on too long, and now many are calling for a change in the established order. But this decision concerns more than men: forgotten beings are hiding between both worlds. Things are not always as they seem in Auria.