The Tongue Monster by Nadine Leilani

Julie loves all of Rob, except his tongue -- until she dreams of the Tongue Monster. 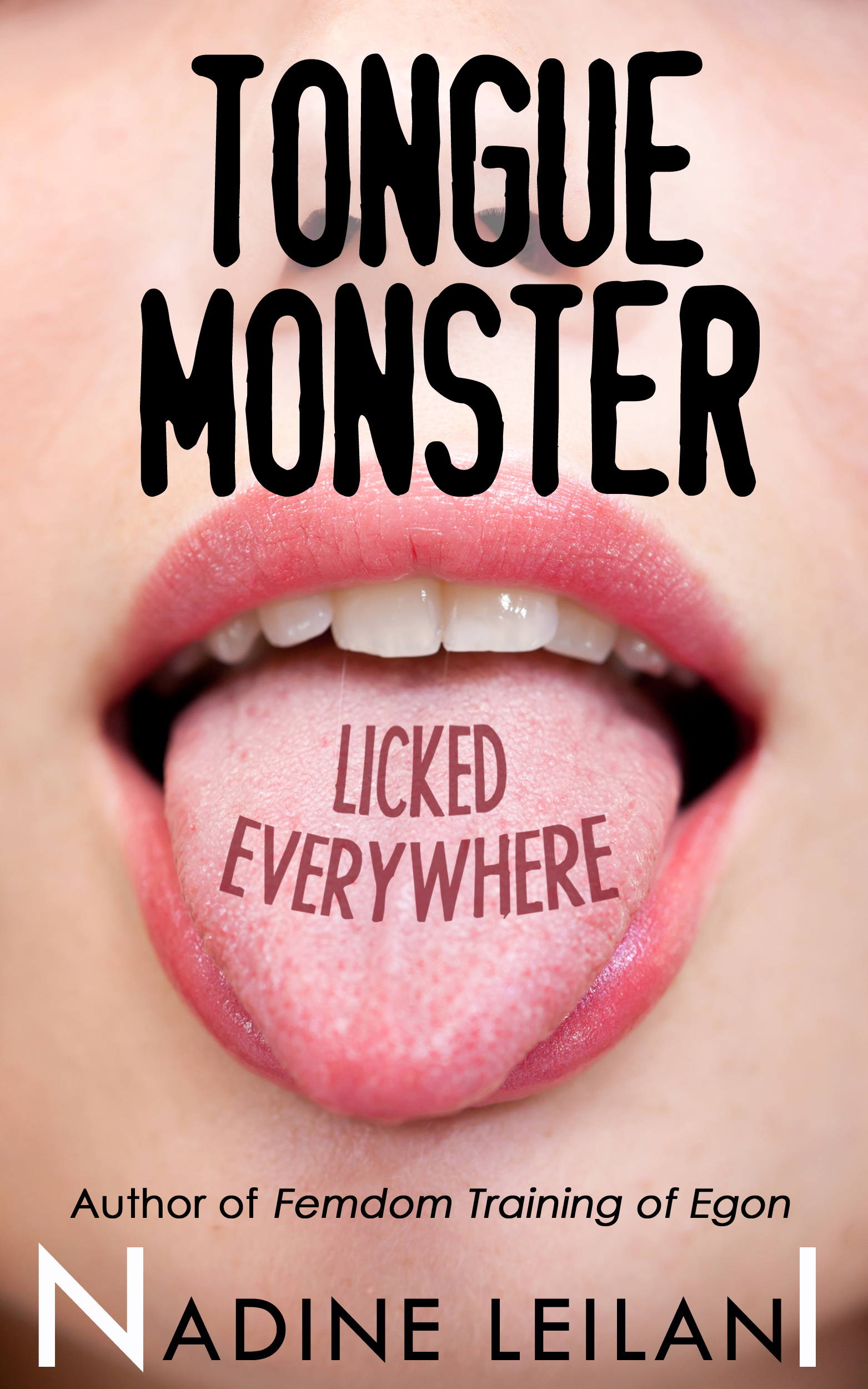 Julie loves all of orally-obsessed Rob, except his tongue -- until she dreams of the Tongue Monster.

The monster envelopes Julie with his tongue, and his tongue-flesh invades her every body orifice. She struggles, but can't escape, and soon learns to just relax and enjoy. Soon her cries of ultimate pleasure wake Rob, and he proves a man's mouth can deliver the same wet bliss to her every orifice.

The Freudian psychoanalysts label Rob as an extremely orally fixated personality. He enjoys eating and drinking. And constantly chewing gum.

Until he meets Julie. He loves her. She loves him. But her extreme aversion to receiving pleasure from a man's tongue -- not kissing, but "down there" -- threatens their relationship.

Rob wants to give her the same good time he delivered to so many other women he once dated, but she reacts with revulsion, which hurts him.

No matter the cause, they both desire a quick fix.

Fortunately for the two young lovers, one night the Tongue Sex Monster hears and responds to their unspoken prayers.

He invades Julie's dream, and proves to her just how exciting and intense -- not to mention rewarding -- oral sex can feel.

When she wakes up, Rob proves her orally-delivered ecstasy dreams can come true.

Then she rolls over for Rob.


Hard, pounding, physical sex. A few words of endearment. A chaste kiss, then pow! lights out. Just like a little kid, she could close her eyes and drop into Dreamland in a few seconds.

Frustration kept Rob from following her right away. Sure, it felt good to make love to her, and with her his orgasms felt just as good as with his few other girlfriends. Or with himself, for that matter.

And he hoped her orgasms, though quiet, and he never felt sure about them, satisfied her. They must, since they relaxed her mind and muscles so much she could go right to sleep.

Although he didn't consciously know he was different from other people until he took Psychology 101 in college, Rob then realized he had an extreme oral fixation.

He ate and drank so much, only his intense participation in sports kept him from being a fat kid -- and now a fat adult. He used to drink water in school every time he passed a water fountain. Not because he was thirsty, but just because he couldn't pass up a cheap and easy stimulus to his mouth. Swallowing cold water.

He didn't smoke cigarettes because he knew that would destroy his athletic performance, but he constantly chewed gum. In middle school, he got a lot of detentions for it. By high school he and the teachers came to an uneasy truce. He chewed quietly so his smacking and popping didn't bother other students, and they let him. His grades improved, because with his mouth busy chewing gum, he could better concentrate on the course material.