The Submissive Position by Katia Jordan

Brie is desperate for a job, and Mr. Calderon is seeking a submissive assistant. Brie must compete with four others to make sure that she gets the job, and the guy. 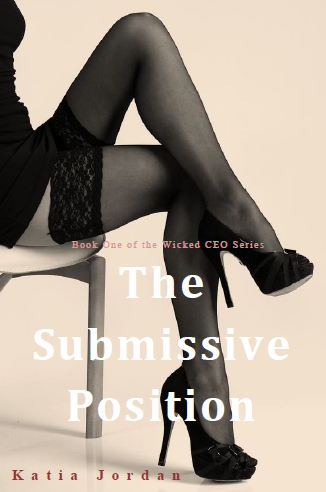 Just out of college, Brie is miserable and working at the mall. When she gets an interview for the job of personal assistant to a hunky CEO, she jumps at the chance. She even ignores the odd requirement that they sign a confidentiality agreement before being allowed in the building. It turns out that Mr. Calderon doesn’t just want a personal assistant, but someone who will submit to his every whim, both professionally and sexually. Now Brie is competing with four other girls to see who can be the best submissive and win the job. What Brie didn’t know, though, is how hot Mr. Calderon’s dominance would be.


“Raise your hand!” Mr. Calderon said, banging his fist on the table. All of the girls jumped, but Brie found her stomach flutter just a bit. Other than customers at work, no one had ever yelled at her before. And none of them had done so in such an assured, sexy tone. Talia just stared at him, her eyes wide with surprise and anger. He said nothing, and didn’t look at her. Finally, she raised her hand, with a sour expression on her face. “Yes?”

“Because I say so. You’re going to be my employee, that should mean that you listen to me. And you’ve forgotten a rule. It’s Sir or Mr. Calderon. Anyone else?” Brie looked around at the other girls, and all of them looked a great deal too shocked to say anything. “Good. I don’t like questions...Before we start, I should give you a little more information about the position. As the ad said, I need someone to do typing, organize my schedule and assist me with everyday tasks. What it didn’t say is how closely we would be working together. You will be expected to travel with me all over the world, and you could almost say that you will spend more time with me than anyone else on earth. For someone that spends so much time with me, I can’t deal with people who don’t do what I want when I want it. My job is very stressful, and I’ll expect my assistant to help me relieve that stress in whatever way I choose. Let me be very clear, that means that I can tell you to do my dictation, and I can f**k you.”