The Stories We Whisper at Night by Sky Corgan 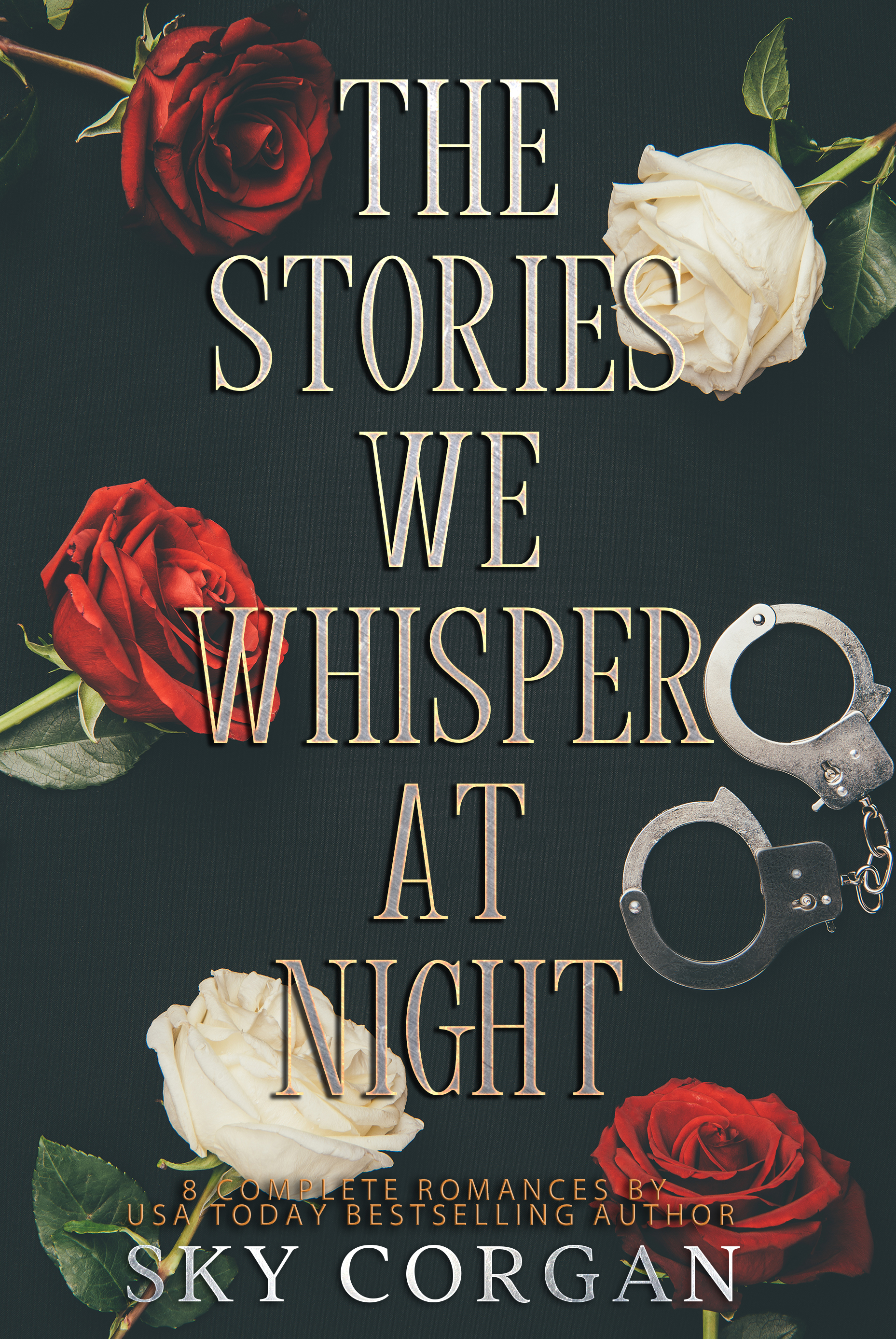 8 tantalizing tales of romance by USA Today bestselling author Sky Corgan. From handsome soldiers to rugged alphas, this variety pack spanning multiple romance subgenres has something for everyone. Inside, you will find the following books, all of which are complete stories. These are the stories we whisper at night!

HIS POSSESSION
Amory's parents messed with the wrong guy. To pay off their debt, Amory is given to the mafia boss' son, and he plans to do whatever he wants to her.
Genre: Dark Billionaire Romance
Heat Level: Smokin’ Hot

THE CABIN
It’s every girl’s dream, getting rescued by a handsome stranger. When I woke up and saw Kit Green standing over me, I thought he was an angel. I didn’t see the dark wings.
Genre: Dark Military Romance
Heat Level: Smokin’ Hot

THE VIRGIN DATING GAME
Losing your virginity should be epic. But what happens when you're nearing thirty and the right man hasn't come along? Apparently, you sign up for a crazy dating game at a club.
Genre: Contemporary Romance
Heat Level: Smokin’ Hot

TWO MUCH FOR YOU
Two weeks ago, two of the dreamiest men I've ever seen moved in across the street. Never in a million years did I think they would show up on my front doorstep. And what they want is far from conventional.
Genre: Military Romance
Heat level: Smokin’ Hot

THE DEATH OF A CALL GIRL
I knew she was trouble from the first moment I saw her. She looked like an angel in that dress. Once I was inside, nothing else mattered. The angel is dancing with the devil, but I'm already in too deep.
Genre: Gritty Dark Romance
Heat level: Hot

THE SNOWMAN
Building a snowman and wishing on a star feels like child's play until a mysterious man shows up on Ferne's doorstep in the middle of the night. After listening to his outlandish story, Ferne can't quite figure out if their meeting was by chance, or if something magical is happening.
Genre: Romantic Comedy
Heat Level: Sweet

OPERATION RESOLUTION
I made a New Year’s Resolution never to let a guy use me up and spit me out again. It was time to turn the tables. To use them as my playthings. Then I met Matt…
Genre: Billionaire Romance
Heat Level: Smokin’ Hot

TOUCH OF THE ALPHA
Karen was sent away to Sky High Ranch for werewolf reform, but nothing is as it seems at the facility, including Carter, the Regional Alpha. Carter's wolf is strong, and he's hungry for Karen's curves.
Genre: Paranormal Romance
Heat Level: Smokin’ Hot


He guffaws. “Lord no. You can go buy yourself a new car with the first month of checks. I got you something better.”

“What's better than a new car?” I stop next to his limo. Pop's driver opens the door, but he doesn't step in.

“I got you a Russian princess.” The grin on his face is infectious, but I still have no idea what he's talking about.

“A Russian princess?” I parrot.

“Yeah. She's got nice lush lips, big tits,” he holds his hands out in front of him to show me the size, “and legs that go on for miles. You'll love her.”

“You're kidding, right?” I put my hand on the open door and rest some of my weight on it.

“Nope. I'm going to pick her up right now. The guys should be delivering her to you in about an hour.”

I fight back the urge to frown. The last time I didn't accept a gift with full appreciation, I got backhanded. I swear I wore the imprint of his class ring on my cheek for an entire week. Ever since then, I've learned that whatever my father gives me, whether it's good or bad, I have to accept it with the utmost enthusiasm.

A girl is the last thing that I need. I've spent the last several years financially struggling. Now I have enough money to do whatever I want, and I plan to do just that. Saddling me with some chick is just going to slow me down and make me miserable. Besides, if I wanted pussy, I can get it with no strings attached any night of the week at one of the clubs in New York City. Getting women has never been an issue for me, and I've never been interested in dating long-term. I'm young, attractive, and now rich. Why should I have to settle for just one girl?