The Slaughter Sisters by Greg Alldredge 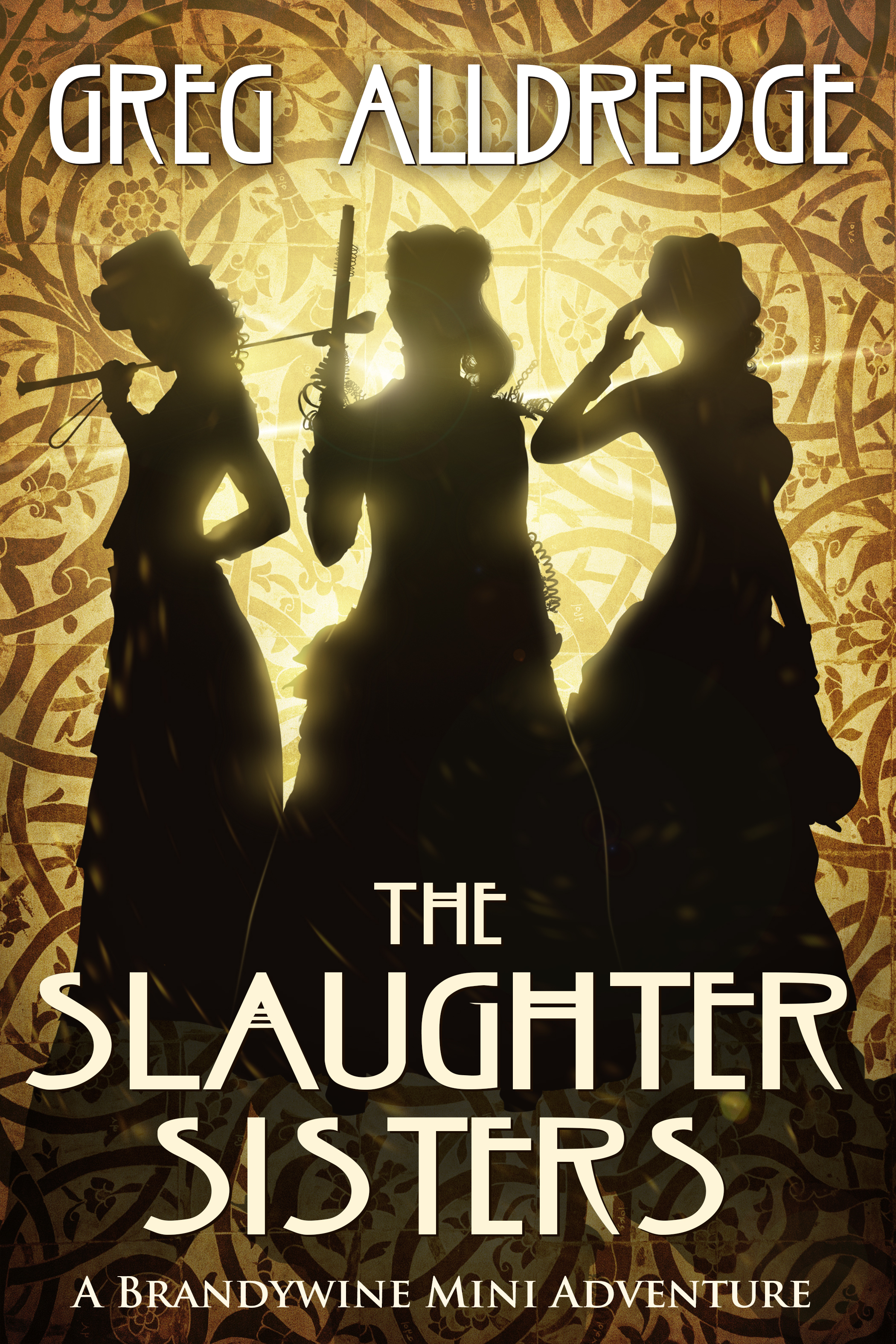 Set in the Helena Brandywine universe, this story follows the adventures of The Slaughter Sisters. Humans have become more monstrous than the legendary creatures the women are hired to seek out.

How is a monster hunter meant to survive?

The Slaughter Sisters are premier monster hunters in the North East, the only problem the legendary creatures are blending in with the human denizens of the world, while the human charlatans take their place. After a brush with the dreaded New Jersey devil, the sisters must flee their home of Yonkers, to escape the dreaded local matchmaker.

Fearing for their independence, they escape to New York City to search for any job available.

They uncover a series of disappearances around the notorious Five Points. Who is behind the missing people, monsters, or humans?

The Slaughter Sisters will discover who is behind it all!


The series has been doing well in the steampunk cat. Released as a Hot new release and has been bouncing in and out of the top 100. I keep releasing other titles in this and a companion serires.


The woman left the tavern. It was evident that she had imbibed a little too much cheer. The post that held up the porch roof outside the door made a perfect place for her to stop, lean, and gather her bearings. It was late, later than any respectable woman should be out alone, but her actions over the last several hours proved this was no lady.

There were several men asleep at the bar proving their inability to match this lady’s stamina to drink applejack. Her wide-brimmed hat was knocked akimbo when she leaned on the post. She didn’t care much about what this small town in New Jersey thought about her actions—there wasn’t a lot to do or people to watch her do it.

Standing as she was at a crossroads, a decision needed to be made. She could turn right and walk around the town green, or she could throw caution to the wind, march across the street, and enter that forest that everyone had done their level best to warn her away from.

“What a bunch of yokels.” She nearly fell when she missed the first step but quickly regained her balance and managed the last two steps down to the dirt road. Even though the town lay relatively close to Philadelphia and New York City, this town could’ve been stuck in the pre-Civil War history of the state. The only mode of transportation save the train was a horse or buggy. There was no cab waiting for her outside the drinking establishment.