The Prosecutors by Ann Jacobs

A collection of three short novels 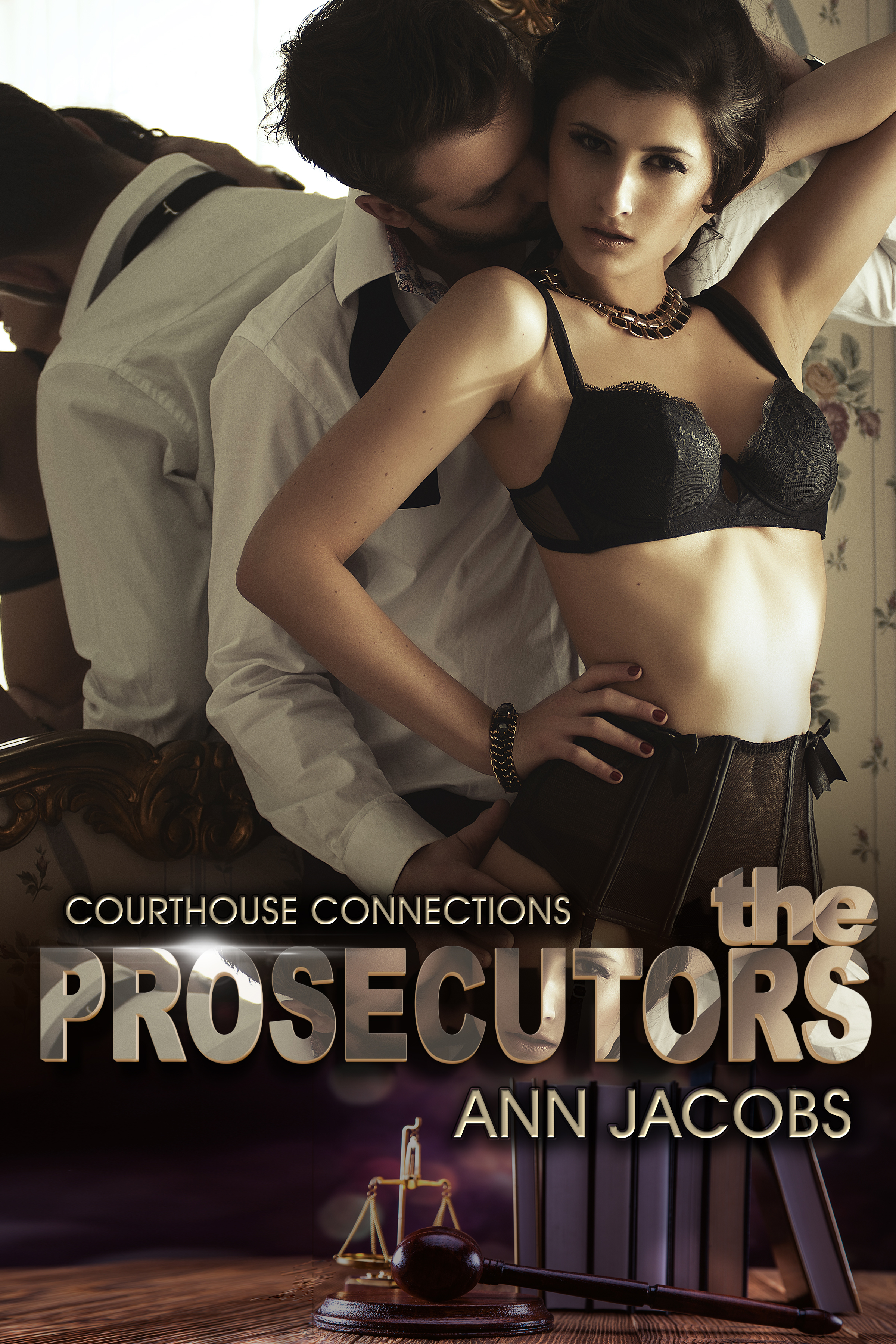 Senior assistant state attorney Sandra Giancone goes up against Tampa’s best defenders, seeking justice for the people. Known for her unflappable manner and dedication to her career, Sandra surprises her friend Rocky Delgado when she unwittingly reveals a submissive side of her personality that matches perfectly with the big chief of detectives’ tendency toward sexual dominance. Friends . . . lovers . . . can they find the sort of lifetime commitment neither of them had anticipated? Rocky must show Sandra that submission doesn’t mean relinquishing her independence, and that their LOVE GAMES can grow stronger as time goes on. (This is a brand-new story about characters whose very different story was told in Mastered, originally released in an Ellora’s Cave anthology.

Assistant State Attorney Craig McDermott has such big ambitions that he has set aside personal concerns until he achieves his goals—including experimentation with members of the opposite sex. Casey Thompson, his personal trainer, wants one thing—to shed her troublesome “good-girl” image and get it on with the hot young attorney. When the two set sights on each other, a sometimes poignant, often humorous story results in GETTIN’ IT ON.

Senior assistant state attorney, Marcy Kramer, gave up on love following the bitter breakup of her marriage to high school love, fertility specialist Sam Kramer, choosing instead to find pleasure in one-night stands. A wedding of a mutual friend from their happier days brings Marcy and Sam together on a barrier island during the EYE OF THE STORM, where they face possible death and realize what they had together isn’t dead after all. They must revisit old hurts, listen to what they couldn’t say at the time, and decide whether the remnants of their deep, committed love can breach the chasm that has kept them alone and lonely.


Titles in this series have sold upward of 50,000 copies since their initial releases. The Prosecutors collection has a 4.6 ranking at Amazon (in English).


Marcy Kramer had to get out. After the day she’d had in court and the hour-long bitch session she’d endured afterward with Harper Wells, her asshole boss, she could have downed a pitcher of margaritas, so it wasn’t Bennie’s Place or the bustle of the crowd that had her making her excuses after one quick drink.

No. It was listening to her former colleagues crowing about their respective offspring’s marvelous achievements that sent her running. Andi Syzmanski had even brought her month-old daughter to show off, now that she was enjoying being a stay-home mom. Their old boss, Sandra Delgado, couldn’t stop showing off dozens of pictures of Rocky’s namesake who’d just mastered the art of crawling and holding his own bottle.

Somehow the furtive fucking Sandra had enjoyed last night with one of Harper’s newest fair-haired law school grads seemed meaningless compared with babies’ first words . . . first steps . . . first solid foods. Her lover’s parting comment, “Jeez, lady, you sure can fuck,” paled in comparison with the loving ways her friends’ husbands greeted them at the end of long days in court. Marcy even envied Kristine Landry when Tony strode in and passed around a photo he’d taken of her last night with the toddler who was a dead ringer for his dad.

Shit! Marcy, get hold of yourself. You decided eons ago that love wasn’t worth the pain that being married to Sam had caused. You told yourself you didn’t need support, and you didn’t need love as long as you could find a hard body and a harder cock.

When she opened the door to her big, empty house, a welcome burst of cool air greeted her. Apparently no one had told the weatherman it was almost October . . . already fall, even in sultry Tampa, because it had to be close to ninety degrees outsid