The Owl Goddess by Jenny Twist

A novel based on the von Däniken theory that the gods were spacemen. Set in the prehistoric Mesolithic age with the goddess Athena as a young girl and Prometheus, a young cave-dweller, as the main protagonists. 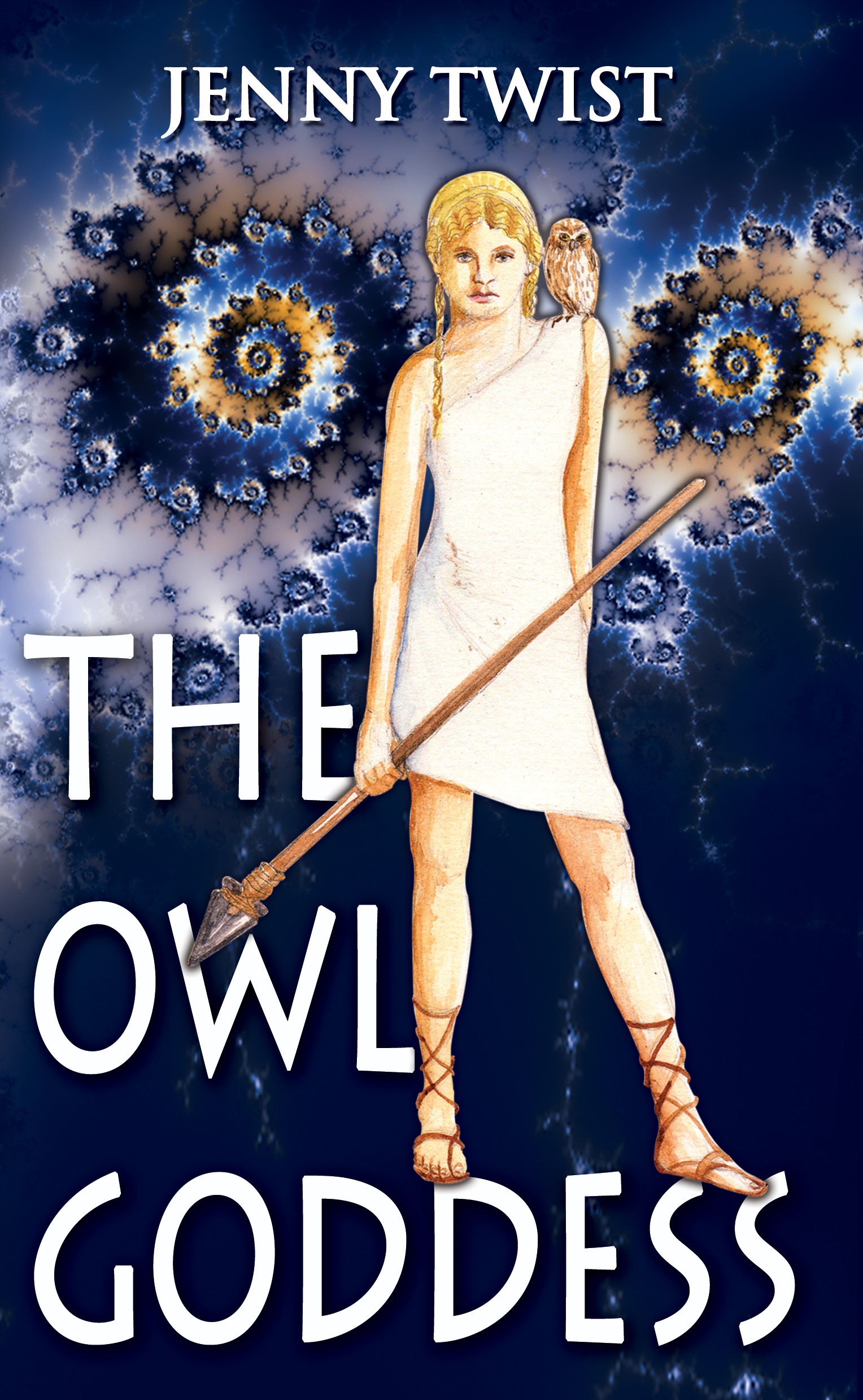 A novel based on the von Däniken theory that the gods were spacemen.
Set in the prehistoric Mesolithic age with the goddess Athena as a young girl and Prometheus, a young cave-dweller, as the main protagonists.

The boy watched the star fall. It fell very slowly, and it was not one light but a multitude of lights spinning lazily through the night sky. Then great silver fish flew through the sky and other mysterious lights began to appear on the mountain. At last a great thunderbolt struck the ocean. The sound was flat and hollow and unbelievably loud, as if a giant had stamped on the earth. And the sign of the Goddess appeared in the sky – the sign of the Sacred Mushroom. These are the events that mark the arrival of the Atlantis, the doomed starship, bringing new gods who would change the life of the boy and his people forever.


The priestess sat in the smoky depths of the cave staring into the sacred fire. Her attendants waited in the shadows.

The fire spat and crackled, casting a flickering light on the walls, making the men and animals painted there move with spurious life. Despite the heat in the cave, she shivered.

One of her attendants came forward and threw a handful of dried mushrooms on the flames. The priestess closed her eyes and breathed deeply of the fumes. The flame briefly flared, throwing her face into ghastly relief, and she uttered a long, shuddering moan. The attendants waited, holding their breath, waiting for her to speak.

When she did it was in the voice of the Great Mother, deep and powerful, resonating around the cave. “Something is coming.”