The Mistress Enchants Her Marquis by Christina McKnight

COURTSHIP WAS NEVER SO SCANDALOUS 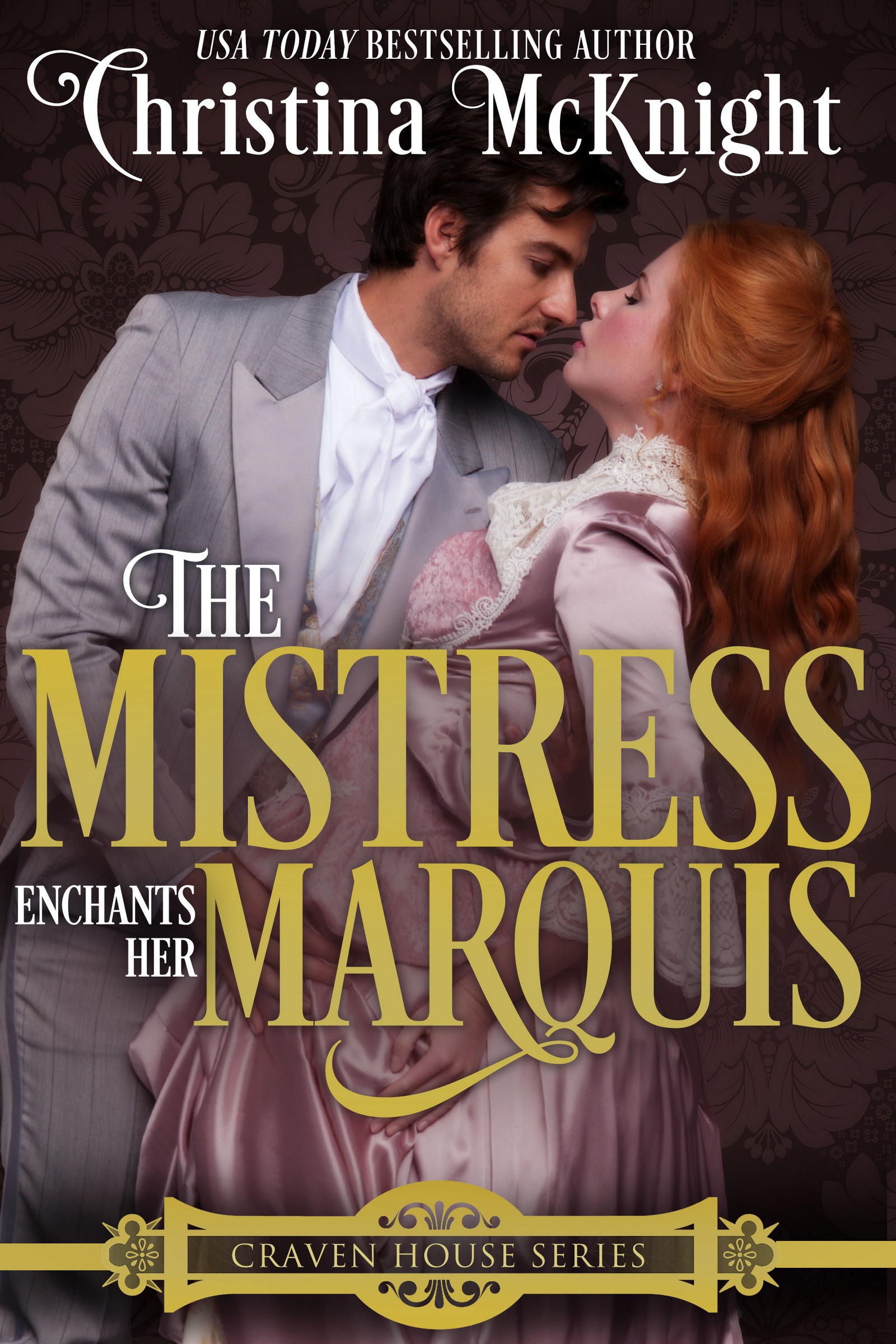 COURTSHIP WAS NEVER SO SCANDALOUS

The grandson of an unconventional marquis and son of a notorious woman, Elijah Watson, Marquis of Ridgefeld, has spent most of his life outside of London. His atypical upbringing has left him longing for roots and a traditional family life, and he's determined to live his life above reproach. When he meets Miss Samantha Pengarden, he believes he's found the woman he wants to marry--except she has other far more sensual ideas for him.

Known throughout the ton as the illegitimate rebellious daughter of London's disreputable Craven House Madame, Samantha has never had to face the world without her shy twin by her side--until now. Her sister's marriage and the return of her blackguard father leaves her alone and adrift. When Elijah agrees to escort her to the town's most infamous establishments, she thinks she's finally found a man with a taste for scandal and a knowledge of matters of the flesh.

But she never counted on Elijah being so honorable. When Samantha is listed as the mistress of the Marquis of Ridgefeld in White's betting book, her reputation is in ruins--and only Elijah can save her. Can two total opposites come together for a love certain to last a lifetime?

Elijah Watson, the eighth Marquis of Ridgefeld, stood on the dock, seamen and crew hustling around him. The brisk afternoon breeze swept off the Chesapeake Bay, washing over him as he stared at the growing city before him. The wind surrounding him and solid footing beneath his feet did nothing to alleviate his sorrow and heartbreak, but he needed to complete this journey—an adventure his grandfather had called it when they’d set sail from Liverpool on the newest clipper from the Hudson’s Bay Company, the Cameron de Gazelle. Neither had dreamed it would be their last voyage together.

They’d sailed to Africa, South America, across Europe, and the Orient—journeyed by land to every part of England and Scotland in search of treasure; Eli had never imagined Melville Watson, the seventh Marquis of Ridgefeld—Melly to his closest friends—would take ill on passage to the New World.