The Madame Catches Her Duke by Christina McKnight

THERE’S A FINE LINE BETWEEN LOVE AND HATE. 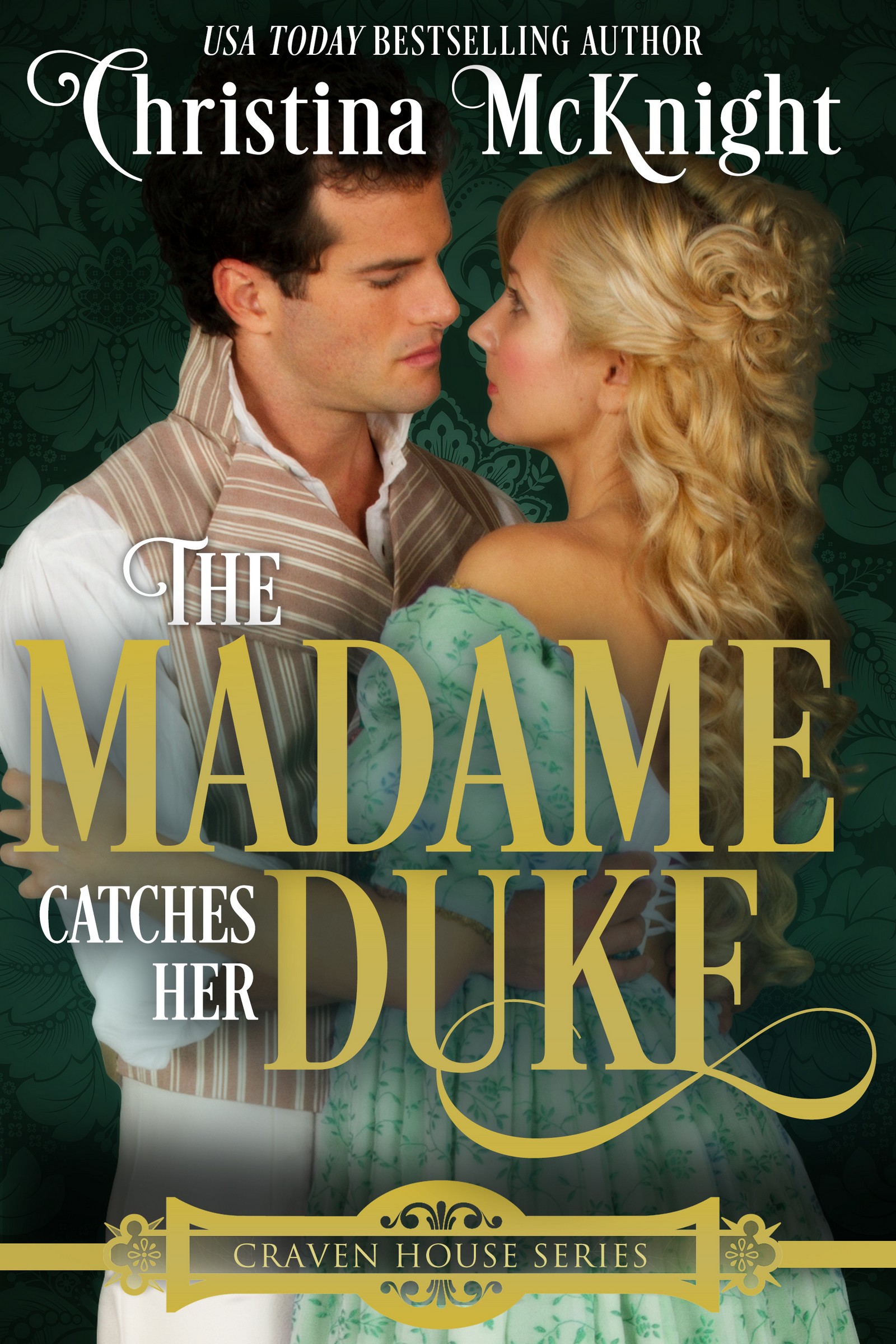 THERE’S A FINE LINE BETWEEN LOVE AND HATE.

Despite being thrown from her home and stripped of her place in society at a young age, Madame Marce Davenport is proud of what she’s accomplished with her family and the notoriously scandalous Craven House. Except it’s all built on a lie. When an arrogant duke strode into her home years ago, offering her a way to keep the brothel open, she agreed to his game of deception. But now that her siblings have found their happiness, Marce can finally live the life she’s always wanted: one that embraces the truth. And that means severing ties with the man who has claimed too many of her days—both in reality, and fantasy.

Rowan Delconti, the Duke of Harwich, has been angry for so long: at his father, at the woman who broke apart his parents’ marriage, and at the children who won is father’s love. He’s determined his mother won’t be unhappy again—even if it means pretending to be married to Marce, so that his mother will think he’s found love in his life. But the beautiful madame fuels his fire like no other, and the charade starts to feel all too real.

When Marce and Rowan’s secrets finally come to light, their passion may not be enough to staunch the hurt of the past. Can two people who were so wrong for each other, realize they’ve been right all along?