The Lesson (The Other Slave Book 2) by K. Matthew 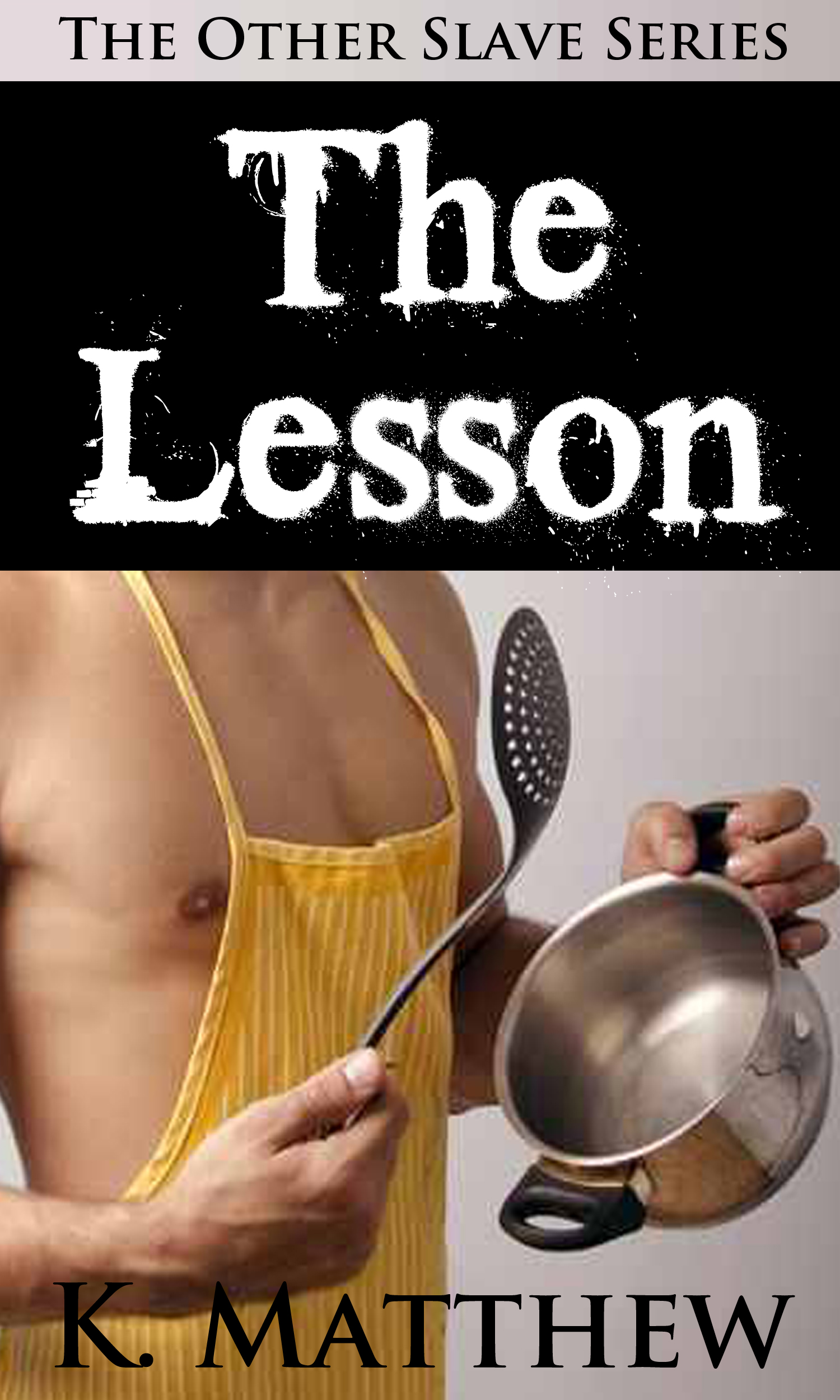 
It wasn't an impressive-looking house, nor distinguished in any way from the ones around it. From the outside, no one would have been able to guess that a Master lived there with his slave.

Jim allowed his fist three firm taps, announcing his presence. His heart raced with anticipation as he heard footsteps approaching, knowing that once the door was opened, there would be no going back.

The slave, a thin pale man named Lost, answered wearing nothing but a yellow apron. “Welcome to our home, Sir,” he said politely, moving from the doorway to allow Jim entry. All the while, he kept his face toward the floor, not seeming to care if anyone else saw how scantily he was dressed.

“Thank you,” Jim muttered before stepping inside and allowing Lost to close the door behind him. “How are you doing?”

“Well. Thank you, Sir. Master Wicked is waiting for you in the living room. I hope that Sir likes spaghetti. That is what I have prepared for us for dinner. If Sir does not like spaghetti, this one can make him something else to eat.”

“Spaghetti is fine.” Jim hadn't expected to be fed, and while he wasn't hungry, he felt that it would be an insult to deny their hospitality.