The Lady Loves A Scandal by Christina McKnight

Many years ago, Gideon Lyndon, Viscount Galway, made a grave mistake. 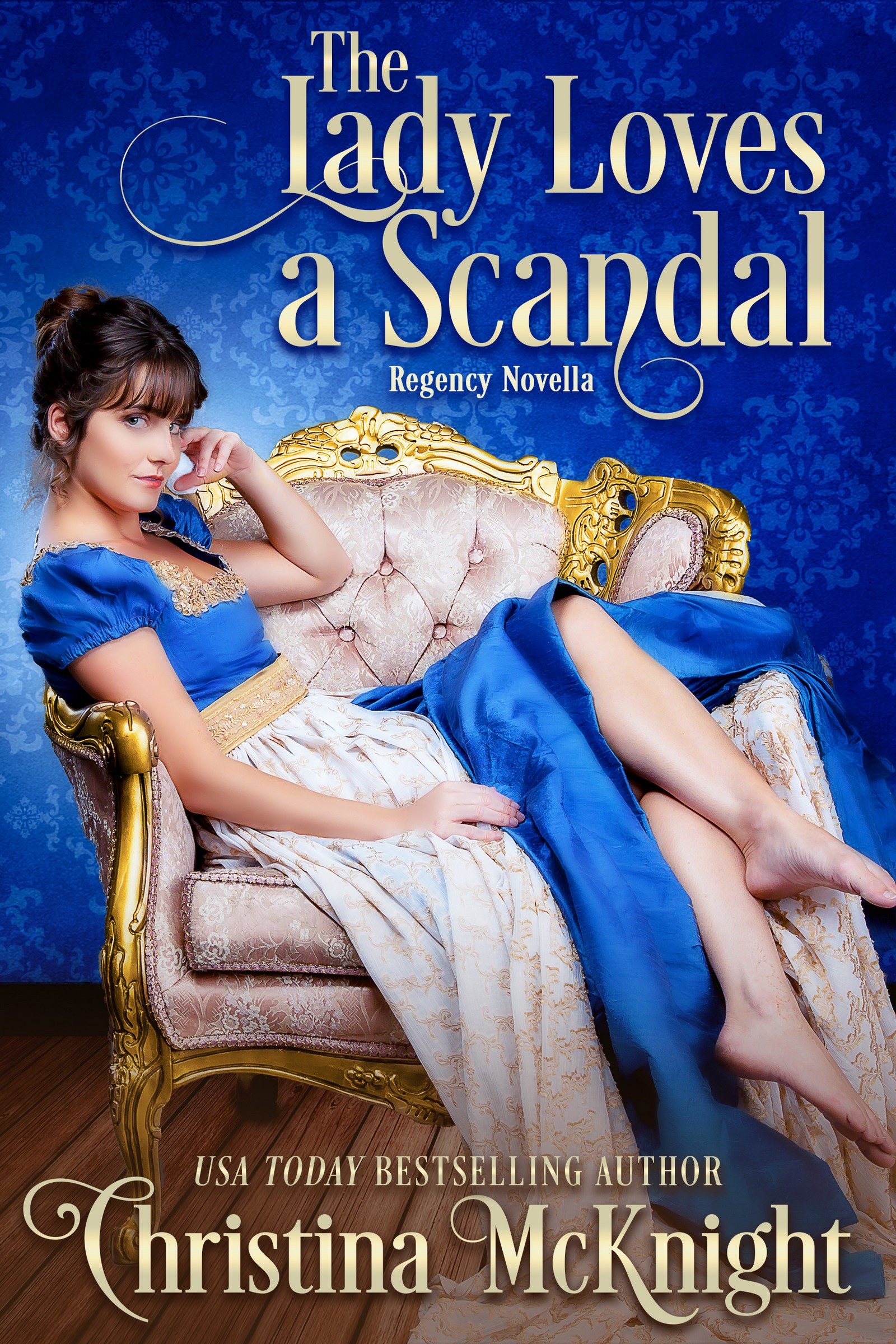 Lady Sybil Anson thought she had it all. Even a match of the heart, despite so many London elite marrying for convenience. But the night before their betrothal was to become official, the love of her life vanished—with a hastily scrawled note and little more. She feared the worst as her heart ached for Gideon, and the scandal sheets simply made matters worse with their preposterous musings on the hows and whys of Viscount Galway’s disappearance. Now, more than a year later, he’s unexpectedly back, and Sybil will have her answers.

Many, many years ago, Gideon Lyndon made a grave mistake. One he’s spent most of his adult life trying to rectify. And despite the progress made, the sacrifices were extensive and damaging. On the verge of repairing one misdeed, he finds himself faced with his greatest challenge yet: winning back the woman he has loved since the moment he met her. But after a year of silence, convincing his headstrong paramour to take him back will not be easy. Especially since he can’t even explain why he left—not if he wants to keep her safe.

Lady Sybil Anson crouched ever lower until her rounded bottom nearly touched the rough, wooden slats of the floor of the hackney, her elbow resting precariously near a grease-covered metal piece. The constant jostle of the ramshackle conveyance as it moved leisurely through the crowded London streets was enough to loosen the pins securing her long tresses and sent shooting pains up her back to her neck. Certainly, a proper lady of the ton would never have used extreme trickery on her maid, fled her home under cover of night, traversed the dangerous alleys of London until she reached a well-traveled area of Regent Street, and hailed the first hack she spotted…all while keeping her hood pulled low, and the hem of her gown pulled high off the filth littering the streets.

Though no one claiming even a speck of good sense would ever describe Lady Sybil as proper.

Entrusted with an odd sense of humor, commonly.

A lover of scandal, certainly.

However, it wasn’t that she was any more unusual than other debutantes, or in possession of a dryer wit than many men of her acquaintance. The main difference was that she saw no need to mask her true self.

Cast the blame on her upbringing in France; her finicky, absentminded mother; or the fact that her older brother raised her. Whatever the reason, Sybil stood silently by as others used her past as fodder during her first Season.

Little did any of them know that Lady Sybil Anson did not give a bloody fig about their staunchly held beliefs on the ways a proper English miss should conduct herself while in polite company.