The Girl who Cried Too Much by Susan Lund

Tess becomes closer to Michael as the situation gets more complicated and dangerous. 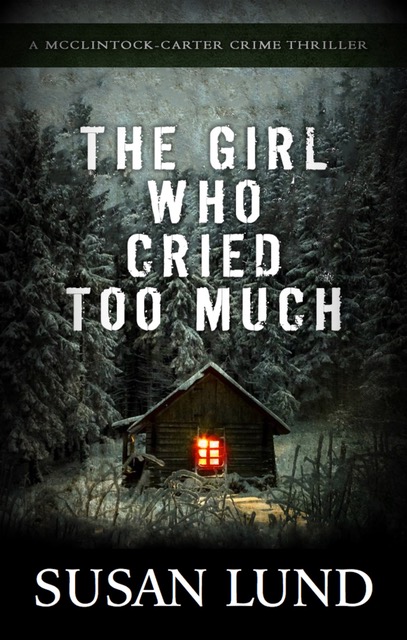 With the closure of the oldest cold case in Paradise Hill, and the potential closure of two more, amateur sleuth and crime reporter Tess McClintock continues to work with FBI Special Agent Michael Carter. When doubts about the killer's identity arise, Tess and Michael to dig deeper into the cases, with help from members of The Missing - the internet sleuth group Tess belongs to.

A KILLER ENJOYING THE MAYHEM

While they get closer to the truth, Tess and Michael also grow closer, and their budding romance complicating the investigation. The real killer continues to target Tess, toying with her and Michael while he plots his next move.

New evidence suggests another suspect may have been involved and police and FBI Agents rush to investigate, struggling to separate fact from fiction.

THE GIRL WHO CRIED TOO MUCH, is Book Two in the McClintock-Carter Crime Thriller Trilogy. It follows Tess and Michael as they fight to stop a ruthless killer before he strikes again.

Taking a girl had never been so easy.

People might think that would make him happy, but they'd be wrong.

He lived for the challenge.

With parents working two jobs and leaving teenagers responsible for their younger siblings, his task was simple: wait for a time when they were all distracted, and then pick the girl off. Alone after dark, walking down what people thought were safe streets while those responsible were being irresponsible—even if only for fifteen minutes—the girl was vulnerable.

He knew the path she took from the park, having seen her and the other girls playing around a set of swings and a slide many times before during his nightly rides on his bike. He knew her family was going through a rough patch. He knew because his father talked about the local lockup frequently. Melissa’s mother was out all evening in Ellensburg, and that meant that the older sister, McKenna, was responsible for Melissa. But McKenna was only thirteen and not ready to be responsible for a ten-year-old—especially not when a serial killer was lurking in the shadows.

It was almost too easy. If it had been harder, he might have felt more of a rush.

He waited in the trees at the side of the woods, planning his approach. About three hundred feet to the north was his vehicle, parked and waiting for his return. In his hand, a leash; in the other, a photo of a cute puppy.

As she walked by, he stepped onto the deserted street in front of her, the leash in his hand.

"Have you seen a little puppy named Fluffy? I let her off her leash and she ran ahead of me. Now I can't find her and I'm afraid she'll get run over." He held up the photo, as if that would lend credence to his lie and put on a very sad face.