The Gambler Wagers Her Baron by Christina McKnight

Wagers go awry when love is in the cards 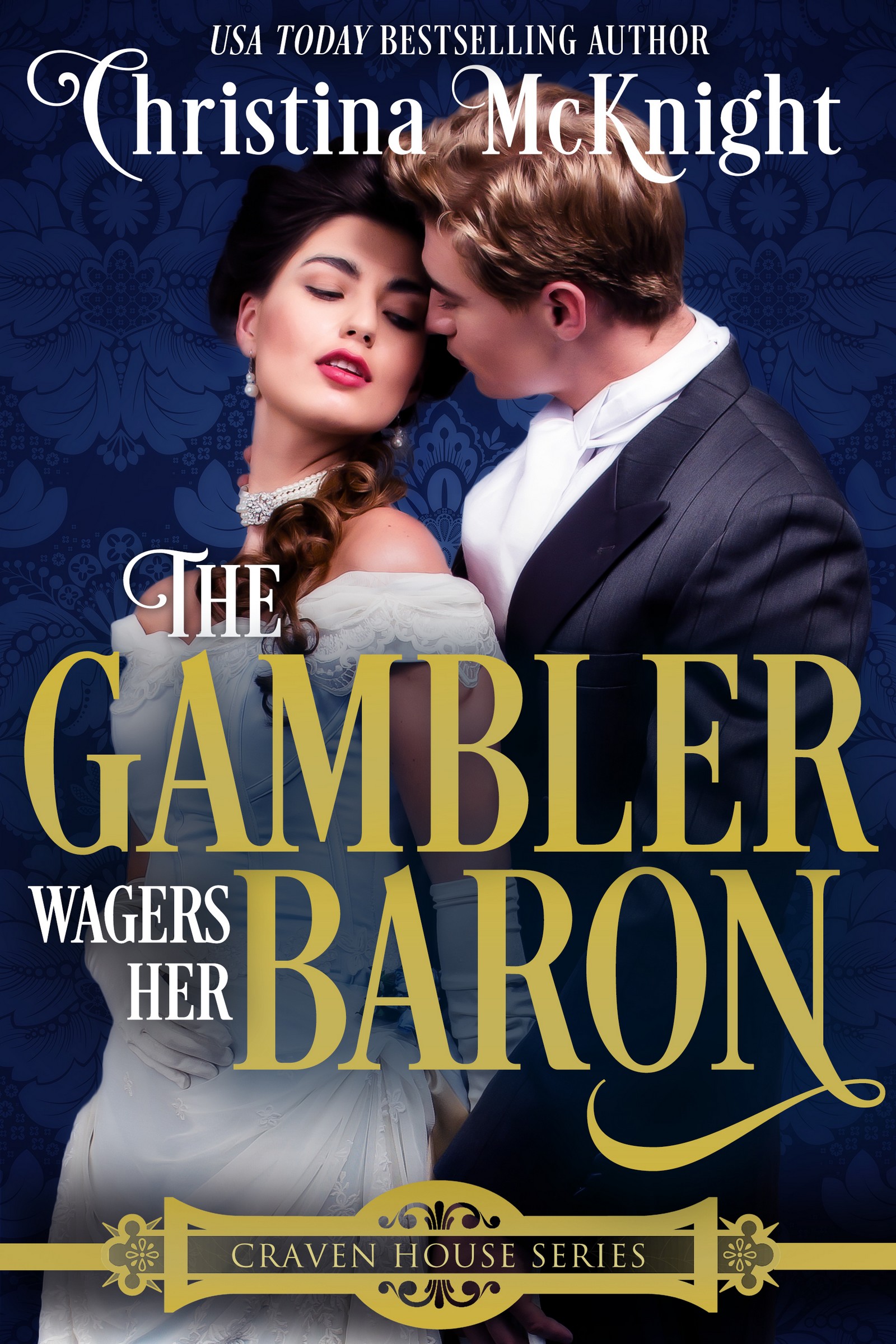 Payton Samuels has always known she wants more out of life than being the youngest daughter of the ton’s most disreputable family. While her siblings are content to bet their future happiness on marriage, Payton learned early on from her mother that love is fleeting and leads only to disappointment. She’s got a different plan: she’ll work as a governess for Baron Ashford’s children, but only long enough to win her fortune at one of his infamous masked gaming parties. When she loses big, Payton sees her chance at an independent life go up in flames—until Lord Ashford surprises her by paying her debts.

WHEN LOVE IS IN THE CARDS.

Since the tragic death of his wife, Damon Kinder, Lord Ashford, has been a man made of ice. His determination to never be hurt by love again runs so deep that he can’t even connect with his children. When they quickly take to Payton, he thinks he’s found a solution: she’ll give them the affection and support he can’t. As he spends more time around Payton, his heart begins to defrost, and he can’t stop thinking about the captivating governess.

But every seasoned gambler knows that eventually, luck runs out. Can two souls so burned by past loves forge a new future together?

HIDDEN IN THE upstairs closet by the family bedrooms, Payton Samuels pulled her knees to her chest and wrapped her arms around her legs as she listened to yet another set of feet enter her mother’s private chambers. These were most certainly those of a woman. They lacked the heavy tread of both her elder brother or the man she’d been instructed to simply call Julian.

It hadn’t been difficult, even for Payton’s nearly ten-year-old mind, to work out that something was amiss in her home lately. No one raised his or her voice, slammed a door, or laughed, which was peculiar for Payton and her four siblings.

For nearly four days, she’d been forbidden to enter her mother’s private chambers, and no one would say a word as to why. Arguing and pleading with her older siblings had garnered her only a stern rebuff and a reminder to be a “good little girl” and mind her business.

They, she silently seethed, had given her no other choice but to slip into the upstairs closet outside her mother’s chamber and wait, straining to hear what could possibly be keeping her mother locked in her private rooms day and night. Anytime Payton misbehaved or had a terrible row with one of her sisters, she’d sneak into this very closet and listen as her mother debated her punishment.

It was her siblings, Marce, Jude, Sam, and Garrett, who treated her like a babe, not her mother. Never her mother.

She was only two years younger than her twin sisters, Sam and Jude. If she were a babe, then so should they be treated as such.

She scoffed and clamped her cold hand to her mouth to halt the sound. The noise bounced off the wooden walls but drew no notice from within her mother’s room.