The Disappearance of Lady Edith by Christina McKnight 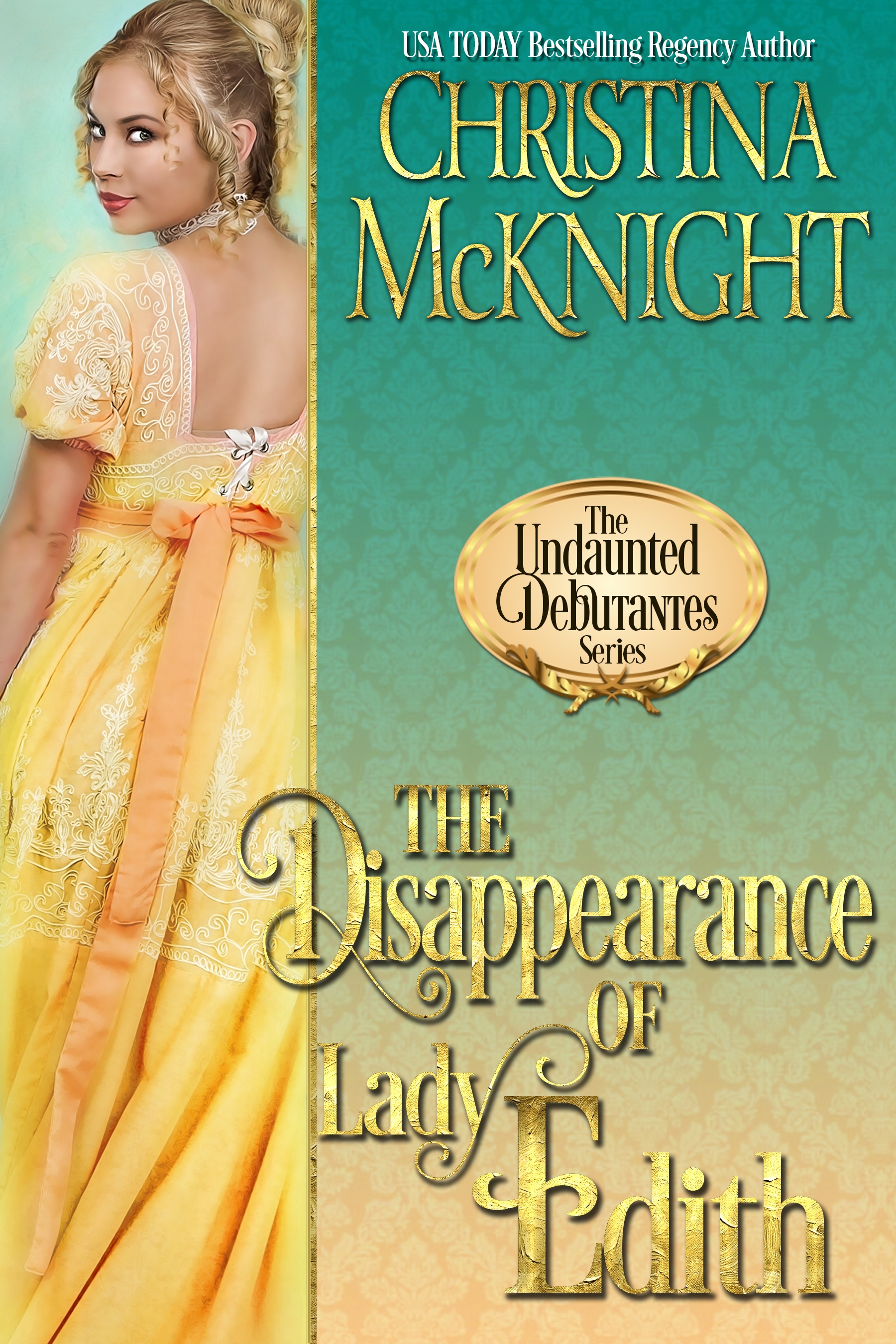 One tragic night changed sensible, proper Lady Edith Pelton’s life: when her best friend fell to her death, pushed down a flight of stairs by a nefarious lord.  Now, Edith dedicates her time to watching the man she thinks is responsible, while gathering information to expose other scoundrels posing as gentlemen of honor about London. When her spying is noticed by a perfect stranger, Edith finds herself with two mysteries—what happened to her friend, and how to win the heart of this brilliantly handsome lord.

Triston Neville, Viscount Torrington, has been tasked with two duties for the upcoming Season: see that his sisters make the most of their debut, and avoid embroiling himself in another scandal. What he does not expect is the captivating, fair-haired beauty that literally falls into his path. When the mysterious Lady Edith suddenly disappears without a trace, Triston fears his past misdeeds may have returned to destroy his life once more.

Can Triston piece together the puzzle in time to save Edith and prove that his love is nothing less than honorable?


TRISTON NEVILLE, VISCOUNT Torrington, glared at his father, forcing himself to breathe in deeply and hold the stale air, heavy with cigar smoke, in his lungs to avoid it exiting in a rush of rage.

The Marquis of Downshire couldn’t possibly fathom what he was asking of his son. Triston doubted his father understood the ludicrous nature of his demands, masked as simple fatherly requests.

“Did you hear me, Triston?” His father’s nostrils flared, and the tiny vein that ran up his forehead pulsed…once, twice, three times. The man’s frown deepened, and Triston was uncertain if the marquis was annoyed at his son’s antics or only mildly agitated.

To be fair, Triston had been aiming for annoyance.

He straightened his shoulders, holding in his sigh once again, but responded before his father fainted from holding his breath. “Yes, Father. I heard you and will keep all you’ve said in mind.”

“You will accompany your sisters during their Season?”

“You will endeavor to not draw attention to yourself and, therefore, away from your sisters?”

Triston looked up at the study ceiling, attempting to suppress his irritation. “I have never sought the ton’s notice, if you will remember.”

Downshire stood, pushing his chair back. He placed his hand flat upon the desk separating the men and leaned forward. “That is neither here nor there.”

In his younger days, Triston would have needed to steel himself from quaking in terror at his father’s imposing stance and razor-edged words.