Seeking refuge from the Claiming Law, Callie Callahan hides in a deserted cabin in the Maine woods and is shocked when her ex-flame finds her. 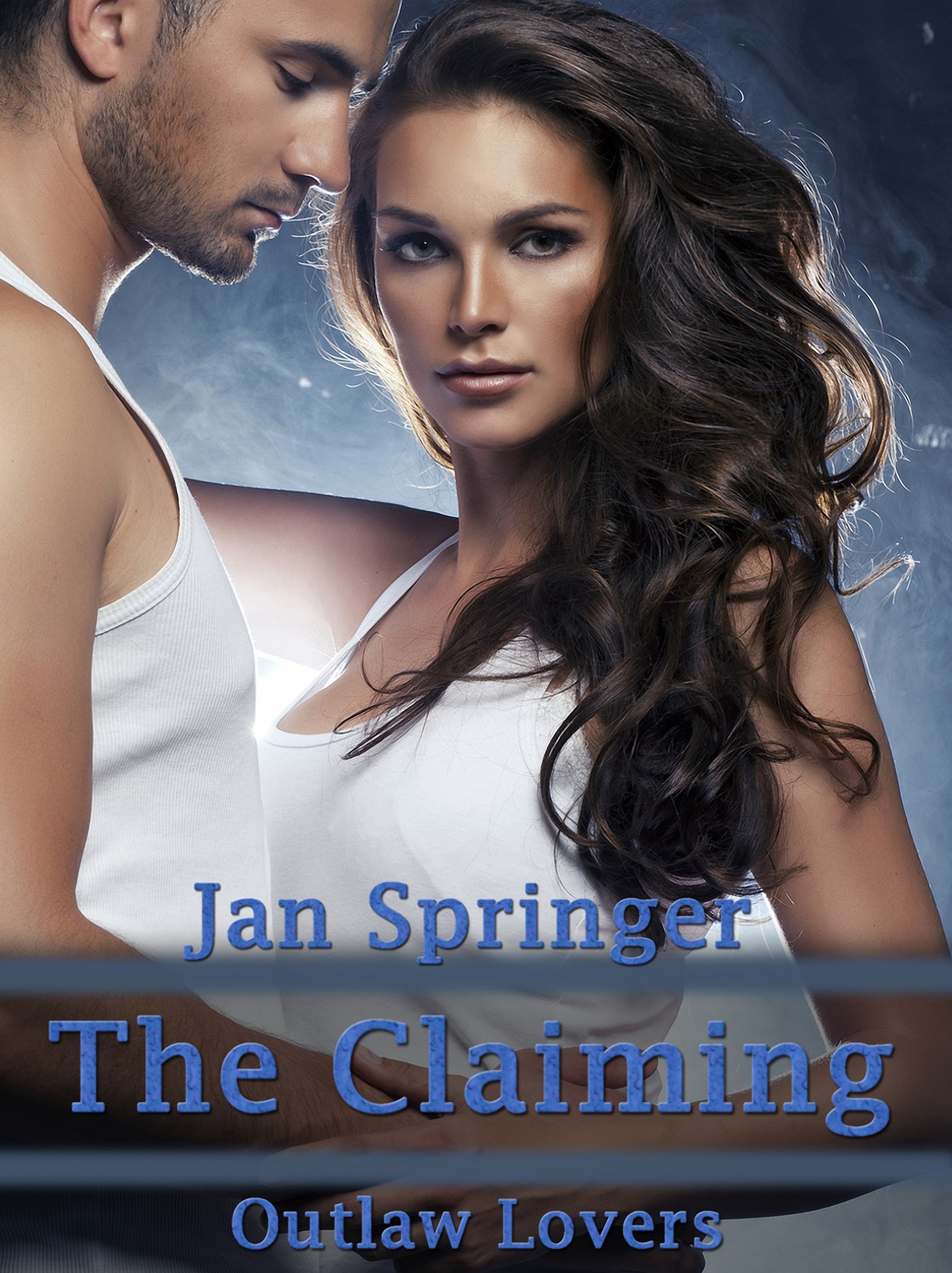 Note: The Claiming has a m/f/m/m/m scene.

A fast-acting virus has killed a majority of the world’s female population. With so few women left on Earth, a new law is created. The Claiming Law will allow groups of men to stake a claim on a female—as their sensual property. The Outlaw brothers are returning home from the Terrorist Wars fully intent on declaring ownership of the women they love…and they’ll do it any way they can.

Seeking refuge from the Claiming Law, Callie Callahan hides in a deserted cabin in the Maine woods and is shocked when her ex-flame finds her. She's always craved being in Luke Outlaw's arms. Tasting him. Touching him. Taking him deeply within her. So, what's a girl to do but to delve into the sinful delights he offers.
Luke has finally reunited with the love of his life. He knows there is only one way to keep Callie safe and with him forever. He'll do it with the help of his three brothers and an assortment of naughty toys.
Rekindling the flames between them, he unleashes Callie's sensual side, taking her in ways she never dreamed possible, all with the ultimate goal of preparing her and introducing her to the Outlaw brothers and The Claiming...


This book is Book 2 in the Outlaw Lovers series. It was first published with Ellora's Cave and had robust sales for many years. The author received the rights back and has now published the series with Spunky Girl Publishing.


Callie Callahan just finished rinsing her dinner dishes when an odd rustle split the silence of the rustic cabin she hid in.

Over the last weeks since she’d escaped the government research labs, she’d trained herself not to panic at every little noise, but that didn’t stop the icy shiver of fear from slicing up her spine.

Taking no chances, she doused her candle, plunging the room into semidarkness. Pulling the gun out of the waistband of her jeans, she slid her lean frame against the wall and peeked out the only window that wasn’t boarded up.

As she scanned the dusky shadows, nothing moved in the dense Maine woods. Yet, every cell inside her screamed that danger lurked nearby. Her finger tightened on the trigger.

Recent events with the newly introduced Claiming Law had her nerves on edge. Simply because the law said that a group of men could capture themselves a woman, videotape a sexual consummation and lay a claim on her as their personal property, didn’t mean she was eager to be found, fucked and claimed by anyone who discovered her hiding place. As if that was bad enough, recently the government had added a one-month waiting period where they decreed more than one group of men could lay claim to a woman.

Only one man knew her location and he’d sworn he’d never come unless it was their prearranged appointed meeting, especially after she’d warned him she’d shoot-to-kill and ask questions later. It was the only way she could keep herself from being caught by the government scientists or claimed.