The Alukam by Jacob Thomson

The last thing you expect on a sunny Florida day is a vampire. 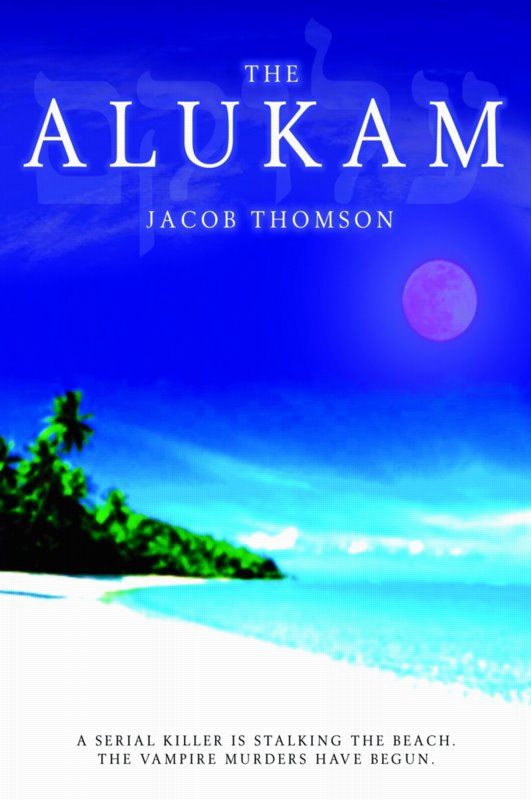 From 17th century Poland to 1993 Florida, this fascinating novel seamlessly combines the matter of fact style of a police procedural with the horror and eroticism of the vampire. Drawn from obscure stories in the Jewish mystical tradition, The Alukam presents and entirely new type of vampire--one unaffected by crosses, sunlight, or any of the traditional remedies, and who can rest in his coffin only on Saturday.


"Haven't you worked up some kind of profile?" Schneider asked.

"Sure," Henley replied. "I just don't happen to think it's a very good one."

"For as many killings as we've connected to this one man--at least, we assume it's a man--there are no clear patterns other than a preference for tall women with dark hair and athletic builds. He costumes the victims before leaving them, but he isn't consistent on the costumes." Henley shook his head. "Not quite right--he's consistent in each city, but the way he dresses them changes whenever he shifts his location. So does the way he poses the bodies. In fact, the only absolutely uniform indicator is the almost total lack of blood in the victims' bodies, and the tooth marks on their necks."

Mitchell was looking at a chart Henley had prepared. "He gets around a lot, doesn't he?"

"Quite a bit. And, like most serial killers, he doesn't cooperate by doing anything unusual. At least, nothing beyond killing people. I have a feeling that when we find him he'll seem terribly ordinary."

"And the neighbors," Schneider added, "will all tell us how he was such a quiet fellow--one you hardly noticed at all."

"Exactly. If serial killers were all raving lunatics who ran around foaming at the mouth it wouldn't be that hard to catch them. But they're not. They look just like everyone else, and generally act like them, too. Ted Bundy was a charming, personable young man, and quite handsome, too. John Wayne Gacy was a gentle fellow who like to play the part of a clown at kids' parties. David Berkowitz was so ordinary that even the people he worked with at the Post Office never suspected him of anything. Not even of having a life."