Sword of Fire by J.A. Culican

"An unforgettable tale brimming with suspense, action and dragons."- Through the Ashes will thrill fans of The Gender Game, Divergent & The Hunger Games. 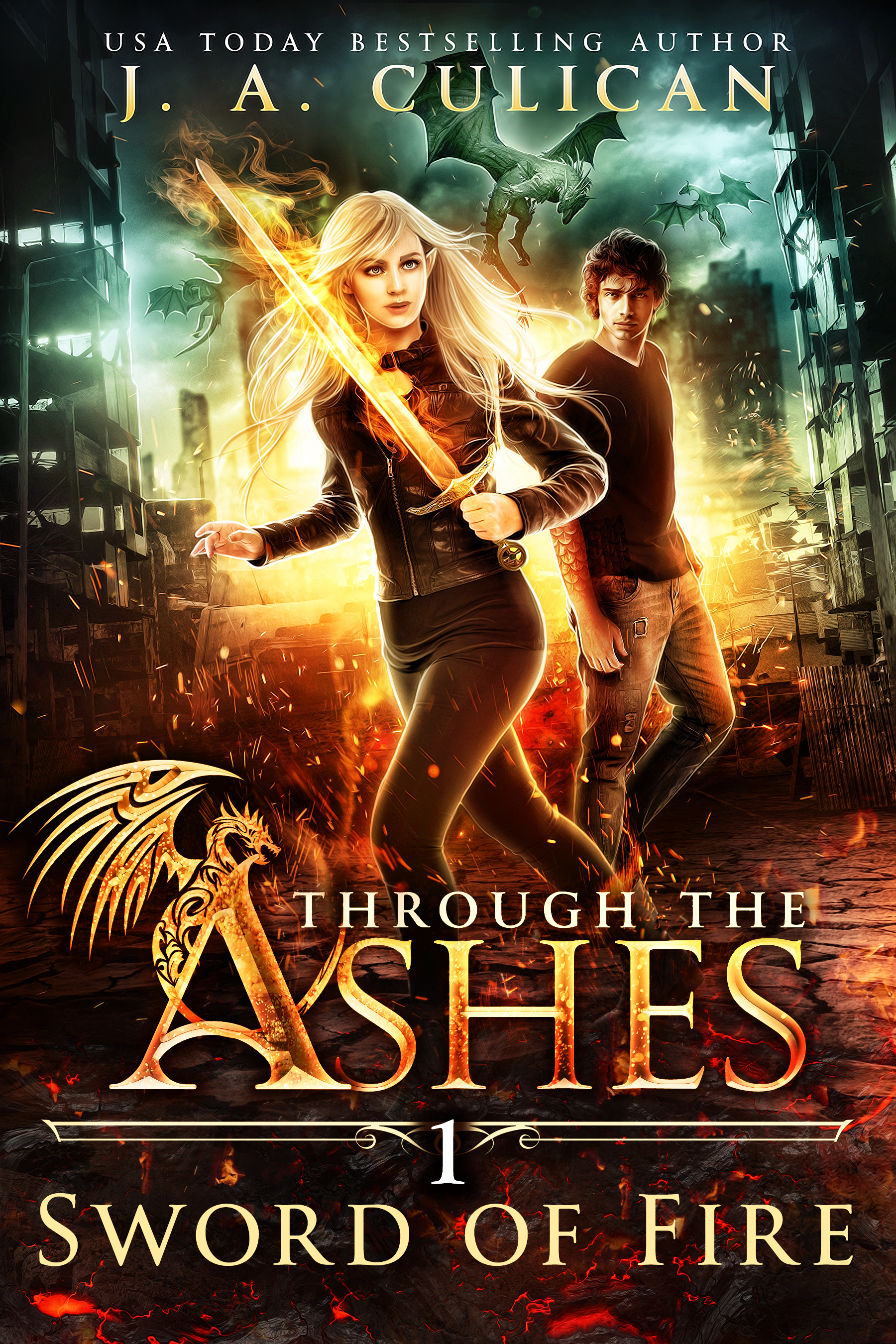 "An unforgettable tale brimming with suspense, action and dragons."- Through the Ashes will thrill fans of The Gender Game, Divergent & The Hunger Games.

Bells is a poor fae who works on a farm outside the protections of the dragon city. When her family is attacked by trolls, she goes to the one person she knows can help her. But will he?

The dragons brought peace to the city and the surrounding area when they rose. Jaekob believes there is no reason for further dragon involvement. They've' lost enough lives to this cause. They've done their fair share and owe the world nothing more. But when the dark elves infect his city with a virus unlike anything he's ever seen, he knows they need a solution. Now.

The sword of peace. Myth? Reality?

They're about to find out.

Bells struggled to push the big wheelbarrow across the muddy, churned earth. Smoke from the little village, which was still burning, stung her eyes and lungs. Humans had recently started building their homes from plastics which released a horrid, acrid scent. To her friend, Crys, she said, "I still wonder how humans survived for so long after wrecking the planet."

"At the moment," Crys replied, "I'm more concerned about getting our work done without breaking anything or giving the foreman some other excuse to cut our food rations."

Well, humans might now have been reaping what they sowed—it was their ravaging the planet that had led to the Pures coming back into the world, to the humans' misfortune—but the elves’ burning of humanity's plastic cities and villages wasn't doing the damaged Earth any favors. "I think the White King cares more about other things than about the environment. After all, how long ago did the Pures leave humans to their misery the last time? Three thousand years? Six thousand?"

"Watch what you say, Bells. But it was long before my time, anyway," Crys replied and then grunted with the effort of keeping the wagon upright.

Bells glanced at the nearby "punishment pit," a mound of neatly-laid human bodies that had completely overflowed the original 8'x16' hole in the ground. That night, the elves were likely to cremate those remains; they were big on "purifying" through fire, despite the toxic fumes now pouring into the air in cities all over the world.