A parody of Star Wars interwoven with an original adventure in a sushi bar! 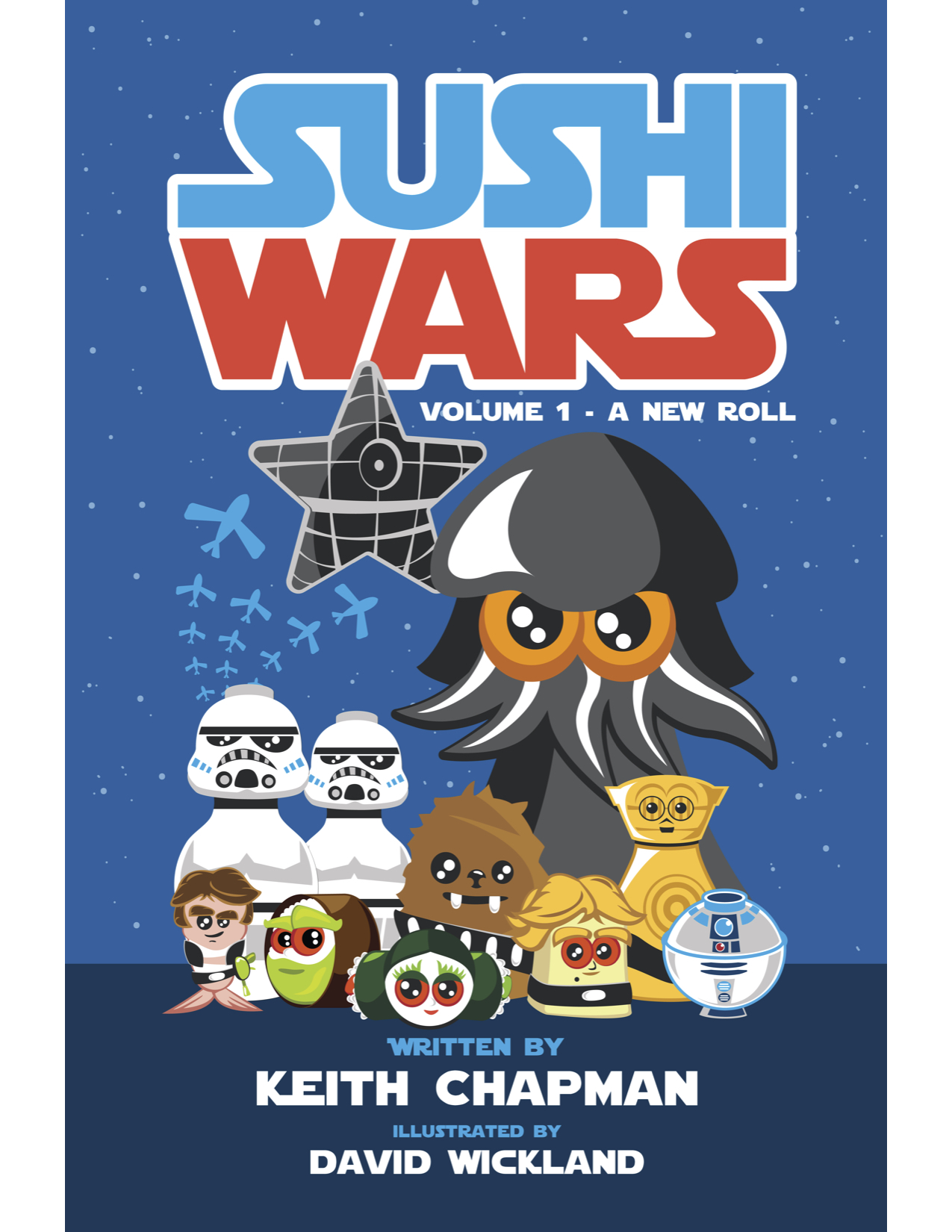 When 10-year old Billy finds himself in a sushi bar bored, week after week, he starts playing with his food. His love of Star Wars takes over his imagination and the Sushi Wars oceanverse is born. What Billy doesn't realize is how eerily his real life situations at the Moto Sushi Bar reflect the Star Wars story he knows and loves. Luke Soywalker, Prawn Solo, and Princess Maki lead the rebellion against the Dark Lord of the Surf, Squid Vader. The trusty soyds, Miso-D2 and Soy-3PO, help the rebels battle the evil Tempura and their seemingly unending army of saketroopers. Just as Luke had to emerge a hero to save the galaxsea, Billy finds himself in a tough situation where he must quickly decide to step up to the call of a hero or hide away. This parody sushifies the Star Wars universe and interlaces with an all original story that takes place at Moto Sushi with an unlikely hero named Billy. May the Rice be with you always.


At the time of this writing, Sushi Wars: A New Roll is nearing the 100 best seller list in eBook format in Humor: Puns & Wordplay and in the top 800 for Parodies on the Kindle platform.

The printed book is ranked as follows on Amazon.

One reviewer writes: "This is an absolutely fabulous book. Not often do you find a parody that idolizes the original. The writer and illustrator are genuinely informed and crazy about the combination of sushi and Star Wars. Since I love both as well...this was a no brainer! I will be buying this book for friends and family throughout the year."


Junichi-san exited the kitchen and went to a back storage room on
the other side of the sushi bar. He returned momentarily with a large
sack of rice slung over his shoulder. As he passed by, he glanced at my
dishes. I wasn't sure if he was looking for more evidence of me playing
with my food or if he was just so heavily programmed to clear dishes that
are empty that he was scouting the barscape as part of his routine.


Luke still gazing at the chopsabers, asks "How did my father spoil?"
Zen Wasabi pauses for a moment and then says "A young Red-Eye
named Squid Vader, who was a pupil of mine until he turned to evil,
helped the Tempura hunt down and destroy the Red-Eye Knights. He
betrayed and cooked your father. Now the Red-Eye are all but extinct.
Vader was seduced by the dark side of the Rice, the Brown Rice."
"The Rice?"
Zen explains, "Well, the Rice is what gives a Red-Eye his power. It's
an energy grass field created by living things. It surrounds us and
penetrates us. It binds the galaxsea together... because it's sticky!"


Junichi-san returned after dropping off the rice in the kitchen and
cleared some empty dishes.