A Story of Hockey and Vampires 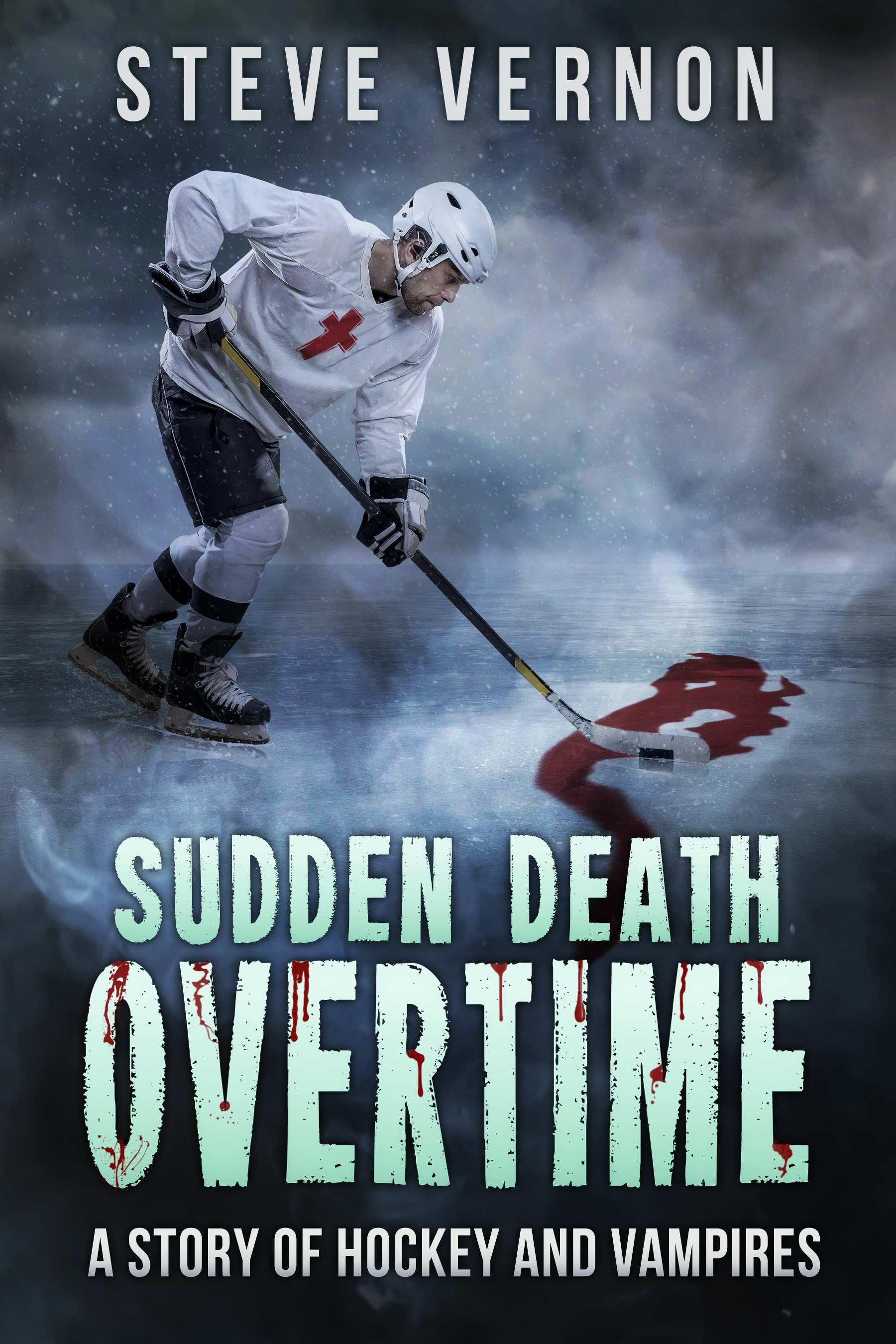 Meet Sprague Deacon - one of the toughest old-time hockey players who ever skated upon a rink of hand-poured ice. Sprague was born and raised and he expects to die here on the Northern Labrador coast. What he did not expect was a tour bus full of vampires - none of whom glitter in the least bit - to pull into his town and begin lowering the population level - one corpse at a time. Sprague and his three best friends - an over-the-hill never-say quit bush league hockey team from Northern Labrador go toe-to-tooth with a tour bus full of vampires in an immortal-stakes showdown of street hockey? For the answer - throw Paul Newman's Slapshot into a blender with Steven Niles 30 Days of Night and hit frappe!

Steve Vernon is the author of a dozen e-books of outrageously mind-blowing horror and dark fantasy including his horror/historical full length novel DEVIL TREE, the take-no-prisoners testosterone-fest superhero extravaganza NOTHING TO LOSE and the cult hit novella LONG HORN, BIG SHAGGY - A TALE OF WILD WEST TERROR AND REANIMATED BUFFALO.

Also including the bonus time travelling hockey tale, "Time Out" as well as a bonus hockey-oriented ghost story, "Smoke Signals".

"With SUDDEN DEATH OVERTIME, Vernon perfectly captures the dark heart of a Canadian Winter and the lifetime passion surrounding the game of hockey. He takes a group of old friends who never backed down from a fight on the ice when they were younger and still refuse to do so even when they're old enough to know better. Toss on the rink some memorable characters, truly great dialogue, a bus load of nasty vampires, and a shocking surprise ending that you won't see coming and you've got yourself a story that's sure to be a winner." - Gord Rollo - author of VALLEY OF THE SCARECROW

Best of all - you don't even need to be much of a hockey fan to enjoy this yarn.

Pick this one up. You won't regret it.

No one noticed quite exactly when the long black bus stole into the parking lot of the Anchor Pub. As far as anyone knew the bus just sort of drifted into the Labrador coastal village of Hope’s End like an unexpected snow flurry.

Things happen that way in the town of Hope’s End.

Slow and unexpected and all at once.

Judith Two Bear leaned her elbows against the wood grain of the unvarnished table top. Her cigarette glowed like a lighthouse’s lonely beacon, bobbing as she nodded three slow beats behind the music of the static-ridden radio. She had parked herself at the window seat since dinner time. She liked to watch the world go by from the sanctuary of the town’s only drinking hole – the Hope’s End Drink and Drop Tavern and Grill.

Several long slow warm beers later Judith Two Bear found herself staring vaguely at the names and dates carved and inked into the table top. She knew some of them. She could guess at some of the others and she wondered just who the hell the rest really were. How many lonely souls had made their mark on this table and had then just sat here like so many half-finished glasses of warm draft beer – just waiting to be swallowed but not quite yet.

Truthfully, she didn’t think of any of this.

Not in those exact words, anyway.

People don’t really think that way – only in books and poetry and movies and other such bullshit. Rather, Judith Two Bear felt it, perhaps. She breathed it in with the stale pub air. Her grew her own sort of loneliness, nursing her drink and her evolving disappointment and her unvarying boredom that were as much a part of her as was the blood that sludged through her tired veins.