Spies, Espionage, and Covert Operations From Ancient Greece to the Cold War by Michael Rank

An account of spies and spy networks throughout history 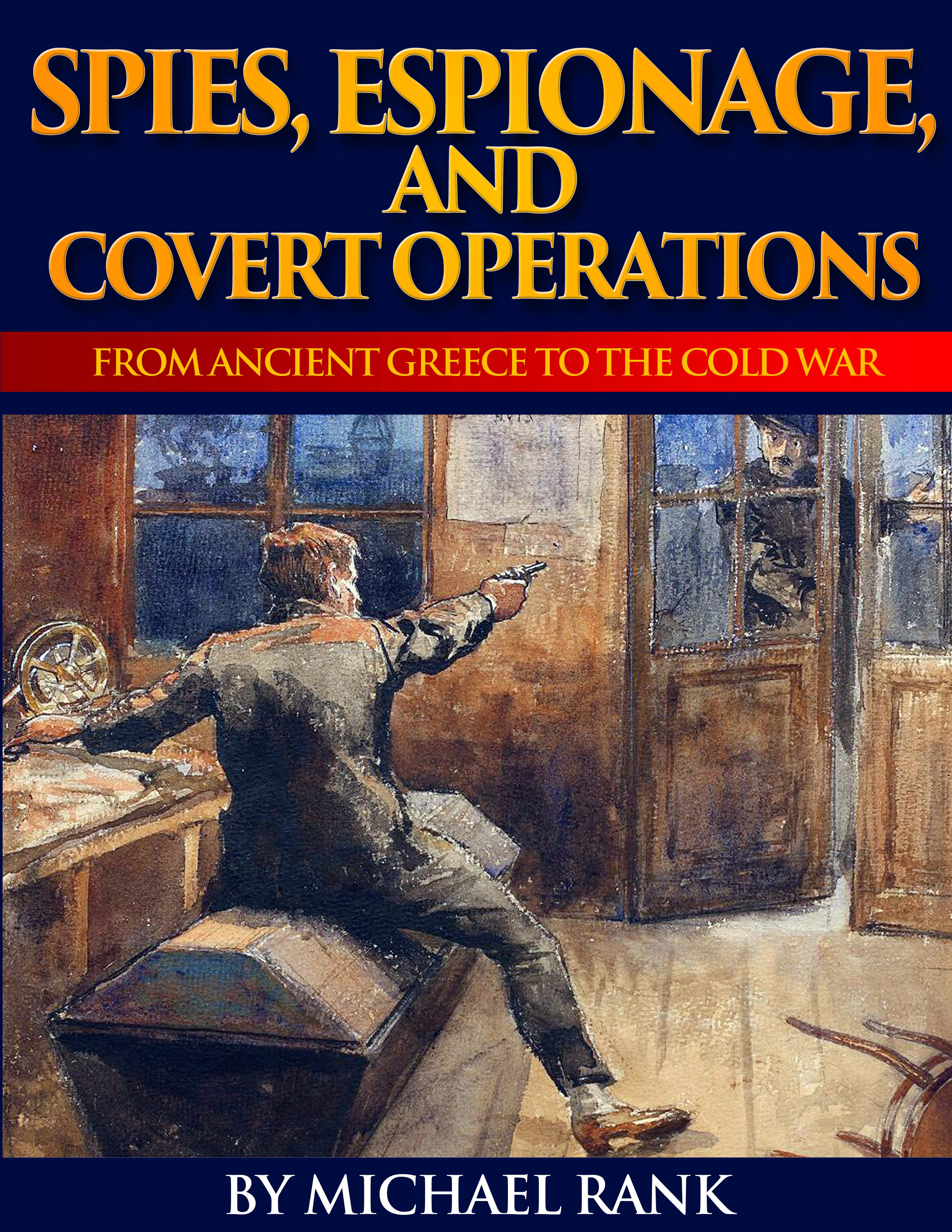 From the #1 bestselling author of History's Greatest Generals comes an exciting new book on the greatest spies in history and how their acts of espionage and covert operations changed the course of history.

Whether it is Aeneas Tacticus, who created Western military science; Francis Walsingham, Queen Elizabeth's spymaster who foiled numerous assassination attempts and forged an international spy network at the dawn of European colonialism; or Richard Sorge, the hard-drinking German spy for the Soviets whose interception of Axis military intelligence prevented the Russian army's collapse in World War II, each of these spies had a major impact on modern society.

This book will explore the lives and times of the ten greatest spies, or spy networks, in history. Some have taken on legendary status, such as Mata Hari, the World War One-era exotic dancer and courtesan who shared the bed chambers of so many French and German officers that she couldn't help but become a double agent. Others spied for pure ideological conviction, such as George Koval, the Iowa-born spy who leaked American nuclear secrets to the Soviet Union, accelerating Russia's nuclear program by years and making the Cold War arm's race possible. Still others have attained a near-religious level of adoration -- Nathan Hale, the Revolutionary War-era spy, had a very short career but became America's first martyr and a treasured national symbol.

Whatever their reason for espionage, these spies represented the invisible hand of government power. Their lives were shrouded in mystery -- and many had backgrounds so convoluted that we still do not know their true loyalties, if they ever had any. But despite their enigmatic lives, they were the invisible hand that helped direct the course of history.


This book peaked at 1,000 on the Amazon Kindle rankings and has sold well throughout the months, with many positive reviews

British Royal Air Force officers knew that the best hope for weakening German lines in anticipation of D-Day was to supply the French Resistance. A two-pronged assault on the Nazi army would be the first step in squeezing the Germans into submission. But to determine the best drop points for weapons and supply caches, they needed information from a Resistance leader himself. They consulted the MI6 for information on a reliable contact. The request was acknowledged, and a file folder was sent to the officers. When they look at the sepia-toned photograph on the first page, they were shocked. Gazing back at them was a brunette bombshell with a firm jaw and dark eyes. She looked like a Hollywood starlet, direct from central casting to star opposite Cary Grant in a screwball comedy. They were even more astonished to learn that this New Zealand-born, high-society hostess-turned-decorated-turned-heroine of the French Resistance had led a guerrilla army of seven thousand men, blown up German supply depots, bicycled hundreds of miles non-stop over mountains to deliver critical intelligence, and even killed a man with her bare hands.

But to Resistance leader Nancy Wake, killing one's enemy was nothing to get worked up about.

“I don't see why we women should just wave our men a proud goodbye and then knit them balaclavas . . . . In my opinion, the only good German was a dead German, and the deader, the better. I killed a lot of Germans, and I am only sorry I didn't kill more.”