Slow Up by George Saoulidis

Limitless meets Black Mirror in this novel that pushes the limits of a couple's minds. 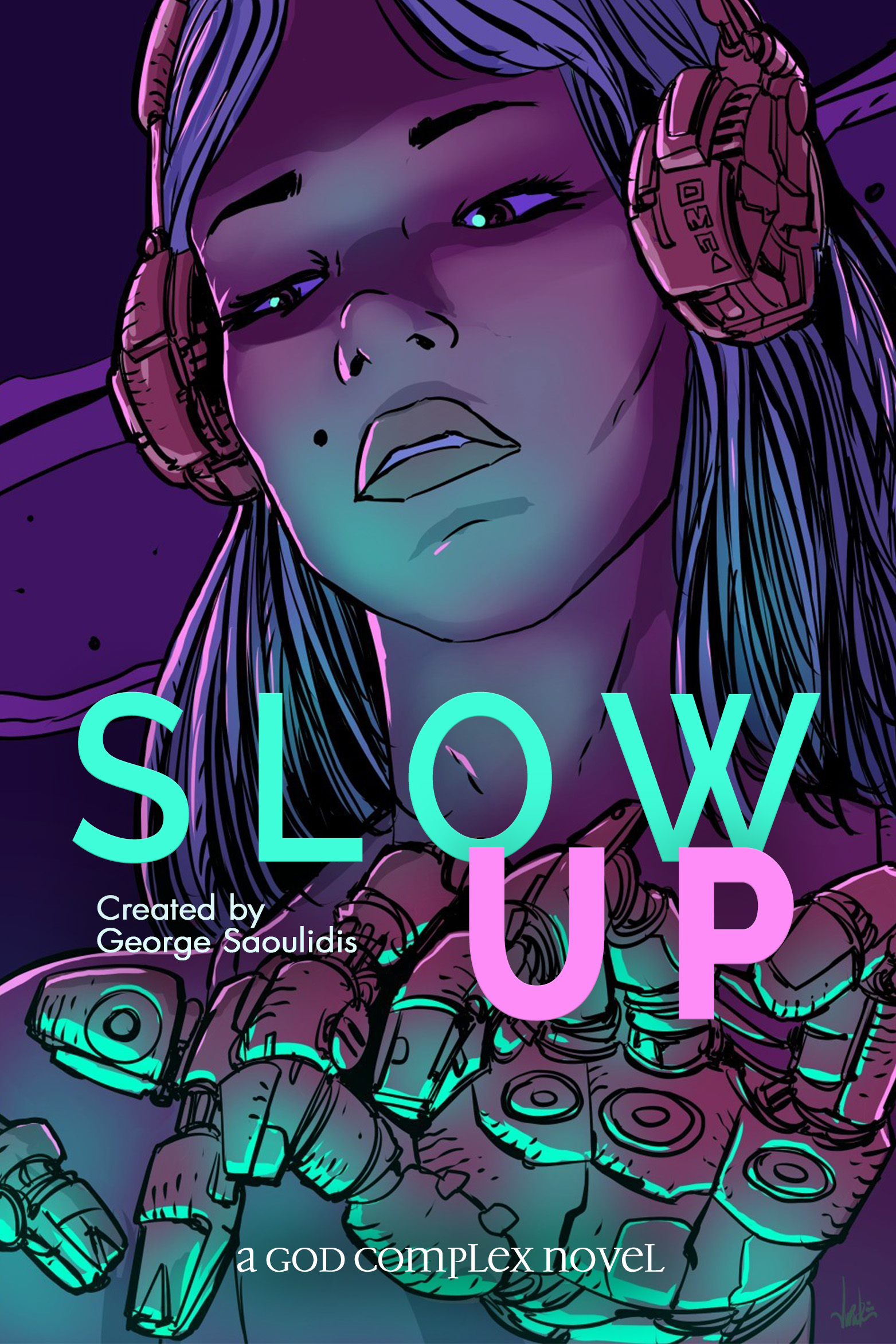 How Fast Can You Think?

Limitless meets Black Mirror in this novel that pushes the limits of a couple's minds.

When Galene meets a man who's only goal in life is to make his mind go faster, she ends up falling for him. But will she manage to keep the relationship going at the top of the glass tower, when in reality she's too much of a slob and is bogged down with all her unfinished goals, when their age difference becomes too much of a problem, and when his work places them in the sights of an unforgiving huntress?

Do you want to know what's next for the computer geek Galene? Do you wanna meet Artemis? Then read this bittersweet story in a world where thinking too swiftly can get you killed.

This is Book 2 of the Hire a Muse series.


Author George Saoulidis has a 3000 goodreads following, a 10000 twitter following and a 4000 instagram following. The book is a short novel.

“So you did spill coffee on the keyboard?” Galene asked calmly.

“Okay. But you called IT for a computer error,” she noted.

“So, the computer errored out when you spilt coffee on it. This particular coffee, to be exact,” she pointed at the cup. It was half-full of nice, sticky, electronic-destroying cream and sugar.

“You couldn’t just say so on the support ticket regarding the coffee and save me a trip?” she said levelly.

“Well, I didn’t. It’s not like you guys at IT have much to do, anyway. This is a technology firm,” the employee said, shifting his tone to sarcastic.

“Of course. We only process 300 tickets each day,” she nodded. The whole time, her fitness tracker hadn’t registered a single uptick in her heart rate. To someone interpreting the data, she might as well be lounging on a comfy sofa.

“I’ll just get you a replacement keyboard,” Galene said, clicking her tongue. She pulled the cord and took the keyboard, making sure the coffee dripped away from her jeans.

“Yes,” the employee said, clapping his hands together. “Please do, but hurry. I have so many emails to send before I can leave for the day.”

She nodded. “Awesome. Be back shortly,” she said, shuffling away.

Galene took the service elevator downstairs. She opened the spare parts warehouse with her keycard and threw the destroyed, sticky keyboard into the recycling bin.