Sing We Now of Christmas by Michael D Young

Christmas carols capture the spirit of Christmas like nothing else, and Sing We Now of Christmas brings beloved carols to life like never before. 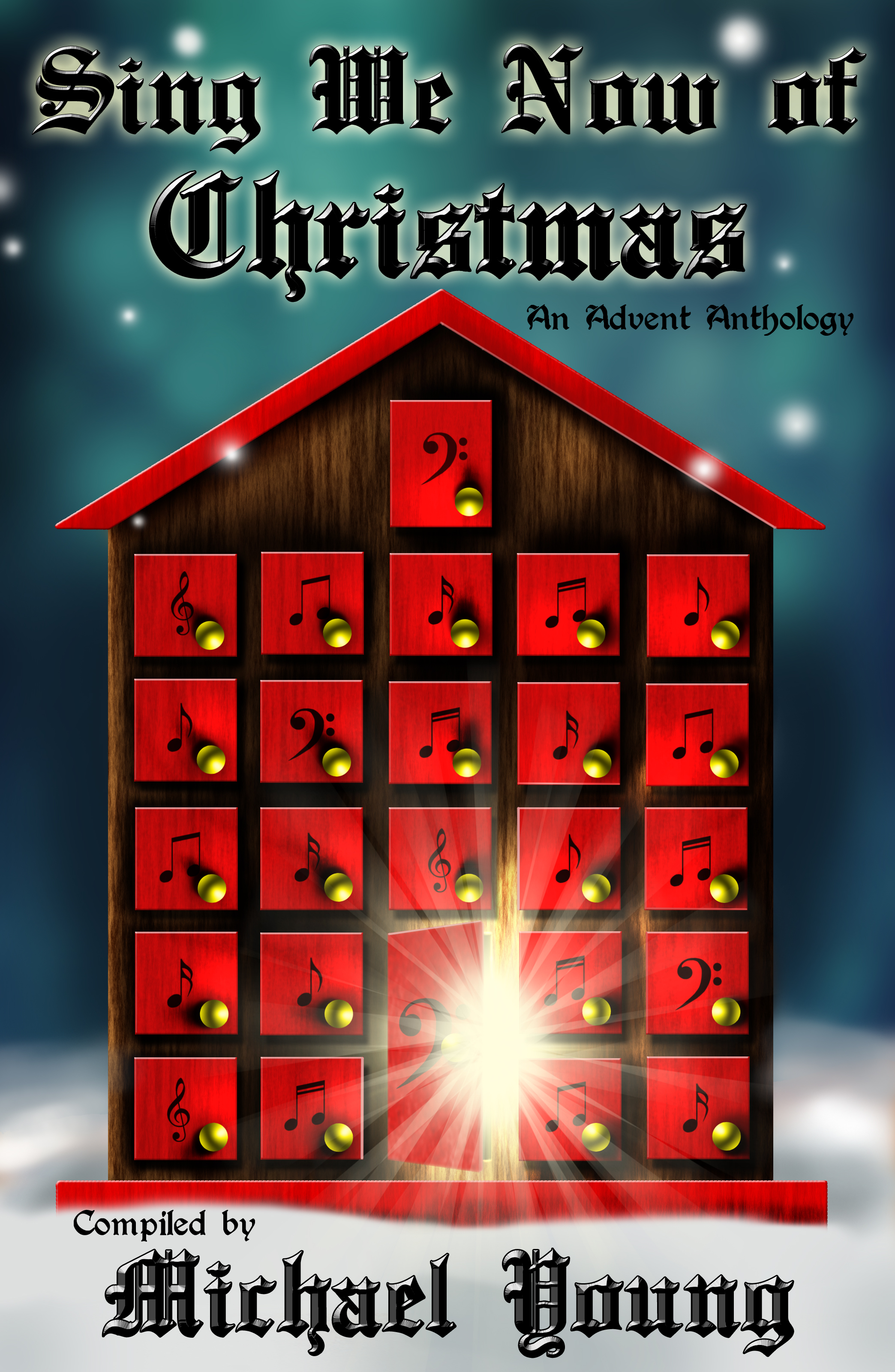 Christmas carols capture the spirit of Christmas like nothing else, and Sing We Now of Christmas brings beloved carols to life like never before.
Walk in the footsteps of good King Wenceslas. Experience anew the bells on Christmas Day. Witness the journey of a soldier who lost his voice as he participates in the miracle of Silent Night. Experience all this and more in these heartfelt, entertaining tales donated by a team of authors from across the country, teaming together for a good cause.*
Covering twenty-five stories--one for every day through Christmas itself--this anthology is ready to become a new advent tradition for your family!

*All the proceeds from sales of the anthology are donated to the National Down Syndrome Society.


We have great sales during each holiday season, and raise good money for charity. Here's a little more about the project.

Sing We Now of Christmas is a collection of original short stories inspired by Christmas songs or carols. I have been a lifelong musician and especially love when Christmas rolls around and I can dust off my old friends the Christmas carols. I had the idea of creating such an anthology while participating in a Christmas Concert in December 2011 and set right to work in January of 2012 into making it into a reality.

So much of the spirit of Christmas deals with gifts and serving others. As such, everything about this anthology from the editing, typesetting and cover design to the actual writing was done out of the goodness of the hearts of those involved. The anthology is set up in an “advent calendar” fashion, in which there is a new story for each day in December leading up to Christmas. For one extra-long tale, the story has been split up into multiple parts to be read across several days.

The stories were contributed by authors across the country, and all the proceeds of this anthology are to be given to the National Down Syndrome Society in honor of my son, Bryson.

Bryson, our second child, was a surprise in that we had no idea about his Down syndrome until the day of his birth, despite several ultrasounds. He was born with several birth defects that required surgery and a lengthy stay in Primary Children’s Medical Center in Salt Lake City, Utah. Even after leaving the hospital, Bryson had to eat through a feeding tube inserted in his stomach for many months.

Despite the many challenges he has had to face in the first two years of his life, he is the happiest, most cheerful and overall most delightful person I know. He lifts the spirits of all who know him and I know he will continue to bless our lives for as long as he is in them.

(The information in the following paragraphs is taken from the website of the National Down Syndrome Society at ndss.org.)

There are many people like Bryson in the world today. The National Down Syndrome Society estimates about 400,000 in the United States alone. Down syndrome occurs when a person has an extra full or partial copy of the 21st chromosome. It is actually the most commonly

occurring chromosomal condition, affecting approximately one in every 691 babies.

The mission of the National Down Syndrome Society is “to be the national advocate for the value, acceptance and inclusion of people with Down syndrome. The National Down Syndrome Society envisions a world in which all people with Down syndrome have the opportunity to enhance their quality of life, realize their life aspirations, and become valued members of welcoming communities.”

All of those who contributed hope that you will enjoy the stories in this anthology and that they will bring new depth to your favorite carols and an extra dose of the spirit of Christmas.


The evening news came on the television set. Depressing, that’s all it was. Christmas was supposed to be the best time of the year, and yet so many people were lonely and hurting and hungry. At least Claudia wasn’t hungry.

If only she could stop thinking about that trip to Bethlehem, the one she’d never experience since the accident had taken her sweet Joe from her.

How clearly she remembered that day. Was it really only a few months ago? Claudia had watched her husband take the expensive nativity off the shelf. “But Joe, we just can’t sell it,” she said as he dusted the pieces, wrapped them in the original packaging, and tenderly placed each one in the box.

He smiled down at her. “It’ll be like trading one manger for another.”

Later that morning, they headed off to the antique dealer. Joe was certain the set had gone up in value. It had, nearly three times. Joe tucked the money into the envelope along with the rest of their savings. A smile never left his face as they drove across town to the travel agency, but they didn’t make it. A drunk driver ran a red light, hitting the driver’s side.

She shuddered as she thought of Joe’s funeral, the one she’d been unable to attend. Her good friend and neighbor, Mr. Radcliff, had set up a teleconference so she could watch it from her hospital room.