Shunned No More, A Lady Forsaken (Book One) by Christina McKnight

A lady shunned by all...A lord betrayed by one...An impossible match, destined to be 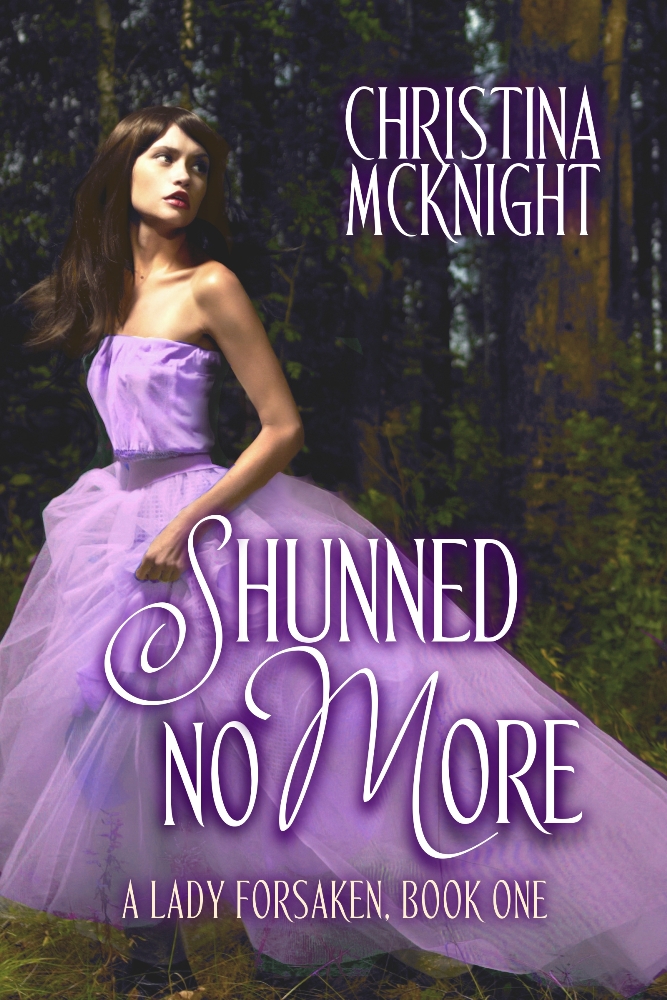 A Lady Shunned by All…

Lady Viola Oberbrook only wanted to forget the ill-fated early morning duel that took the lives of two young, wealthy, promising men of the ton and sent her fleeing for her father’s country estate. Eight years later, she has her life in order: a fulfilling business, a few trusted friends, and no plans to return to London society. What she doesn’t expect is to come face to face with her past.

A Lord Betrayed by One…

Brock Spencer, Earl of Haversham, only wants vengeance. Recently returned from his military service to the King, his plans include repairing his family estate, finding a bride, and destroying the girl responsible for the untimely death of his twin brothers. What he doesn’t anticipate is falling in love with the only woman who should never be part of his future.

An Impossible Match, Destined to Be…


Shunned No More has been downloaded over 250,000 times since its release in 2014. With 700+ reviews across all retailers, the book hit bestseller lists on Amazon within days of release and continues to gain new readers.

The series is now complete (five books) and will be having a huge re-launch in mid-October with a new cover and exclusive bonus content. I'm looking to have all five books translated to multiple lagnauges.

Viola clutched the handle of her pink parasol tightly to her chest in anticipation of the spectacle to come. Her gaze fixed on the two figures shrouded in the early morning fog of Hyde Park. The men, really only boys, began to count as they paced away from each other. Shiny, pearl-handled pistols positioned in their right hands were at the ready.

She clamped her lips tight to suppress the giggle that threatened to escape.

Who would have thought that she, Lady Viola Oberbrook, would have two men seeking her hand in marriage—and in the first week of her very first season, no less? That they were the twin sons of Lord Haversham was an even greater coup de grace for her. She’d be the envy of every debutante. The talk of the town. As well she should be! Her father was the Duke of Liperton, after all.

If only she’d found a way to get all of London here to witness the duel. She’d done what she could by leaving word with Mrs. Tenchard. The old gossipmonger was sure to spread the news more quickly than Vi could spend her monthly allowance at the milliner’s shop.

And Vi prided herself on her ability to spend her father’s money.