The Wolfe's daughter is just a fierce as The Wolfe himself! 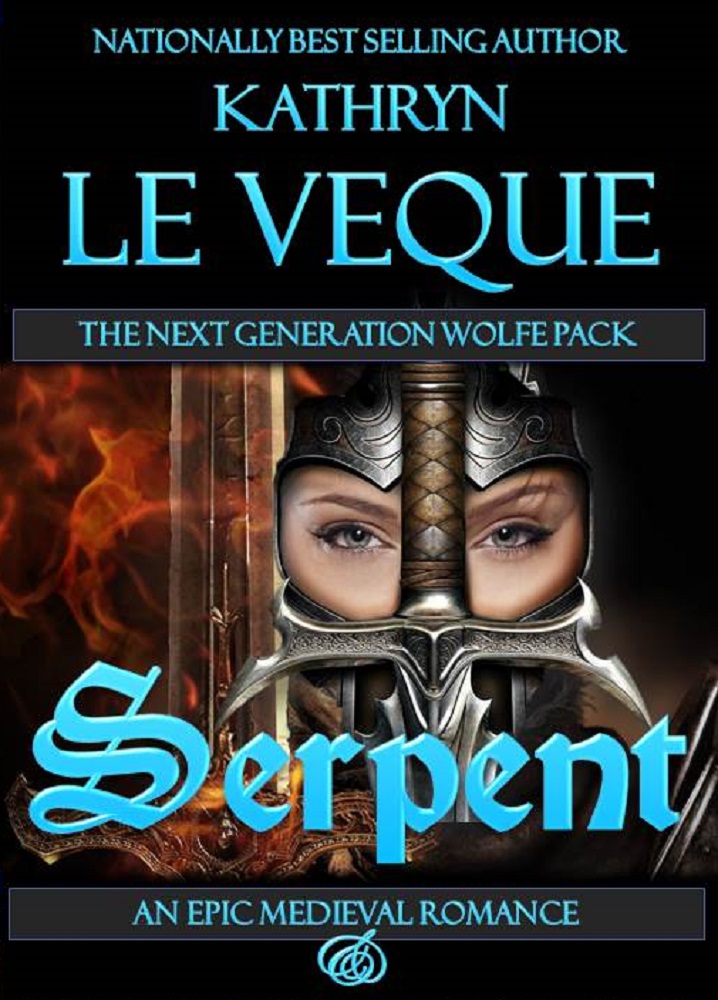 1283 A.D. – Edward I is in the midst of his campaign to tame the Welsh, but rising from the chaos is a Welsh knight known as the Serpent. With a deadly strike, Sir Bhrodi ap Gaerwen de Shera is a warrior of tremendous range and power. Descended from the kings of Anglesey on his mother’s side and the earls of Coventry on his father’s, Bhrodi is in the unique position of having Welsh royalty and English nobility, making him a very big player in Edward’s war in Wales. The English king cannot subdue the Welsh completely as long as Bhrodi resists, and all of Northern Wales with him. Edward is shrewd and knows he must make an alliance of pure power and politics with de Shera. With that in mind, Edward calls upon the mightiest warrior of the north, the legendary William de Wolfe, to pledge one of his daughters to de Shera.

William is honored by the king’s calling but he is also relieved; having lost one of his sons the year before in the wars in Wales, he pledges his youngest daughter, Lady Penelope Adalira de Wolfe, to be the Serpent’s bride. But the Lady Penelope is no ordinary woman; raised by knights, she has been trained by the best and, in spite of her mother’s protests, she fights like a knight. Exquisitely beautiful with dark hair and hazel eyes, she is an unearthly beauty and a fine legacy for the mighty de Wolfe. But Penelope has no desire to be a bartered bride and she resists the king’s directive, but her reluctance is futile. She must marry the Welshman known as the Serpent, bringing together two mighty houses and peace to two nations.

Introduced into an alien Welsh world of brutality and unfamiliar customs, Penelope and Bhrodi are resistant to each other at first. Bhrodi, however, is intrigued with the woman who looks like an angel but fights like the Devil himself. Their first few days together are difficult but as they come to know each other, Bhrodi comes to see a woman who is as compassionate as she is courageous. There is far more to the Lady Penelope than meets the eye. He comes to understand that she is as unique as he is, both of them understanding what it means to be loyal and brave and trusting. She understands a knight’s heart, and he understands hers, and a legendary love story begins to unfold.

Join Bhrodi and Penelope as they journey together through a world where the English and the Welsh threatened to destroy one another, where the greed of men breeds great hatred yet great valor. When Bhrodi is injured in a skirmish, Penelope steps in for her husband to lead the Serpent’s men against the hated English and realizes she must face her own father on the battlefield.

Will Penelope survive the Wolfe? Or will the Serpent's strike become her very own, conquering those she loves?


Serpent is the much anticipated sequel to Kathryn Le Veque's most popular novel, The Wolfe. At its release, it was the number one selling novel in Historical Romance, Medieval Romance and more.


“She did not simply disappear, but I would wager to say she is holed up somewhere in the castle. Woe betide the man who finds her for she shall not make capture easy.”

The grim prediction came from an elderly man, big and dark and battle-scarred, and a patch over his missing left eye. He was old, that was true, but the gleam in his one good eye was as youthful and strong as it had ever been. The Wolfe of the North, Sir William de Wolfe, gazed at the men surrounding him, his expression wrought with tension. There was battle in the air.

“We checked all of the usual places, Father,” a big, brawny man with blond hair and hazel-gold eyes informed him. “She is nowhere to be found.”

“She is somewhere,” William repeated steadily. “I would suggest you are fully armed as you search. If I know my youngest daughter, and I believe I do, she is armed and lying in wait for one of you hapless souls to come across her. She does not wish to be captured so heed my advice; she has a tendency to go for the neck so if I were you, I would take all steps to protect myself should you happen to find her. She will fight like a caged beast.”

The brawny blond man grunted, perhaps in disapproval, and glanced at the men around him; four of them were his brothers, including his twin, and they all had the very same thought when it came to their youngest sister, the Lady Penelope Adalira de Wolfe. Mayhap you should not have raised her as a knight, Father. She can best every one of us if she puts her mind to it. They were all thinking the same thing but no one had the courage to speak it.