Granddaughter of a highland chief tries to save clan by kidnapping rival but she nabs the wrong man. 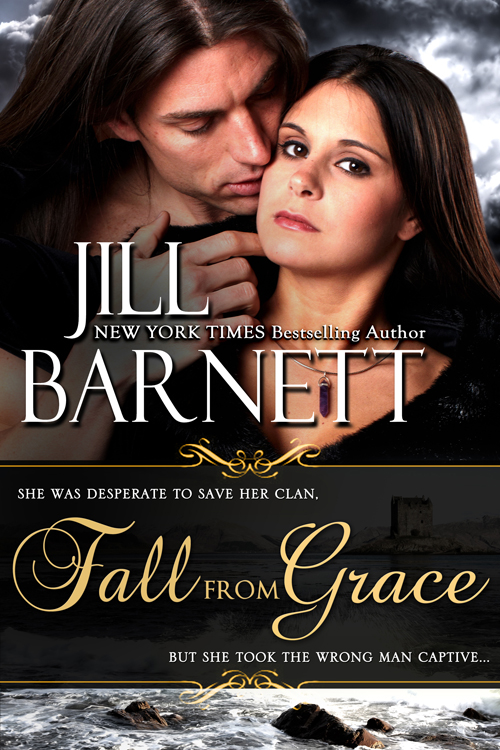 Previously titled Fall From Grace, this classic Jill Barnett love and laughter novella is set in the Highlands of Scotland, where the Clan McNish has been raided and left starving by their bitter rivals, the McNabs. As granddaughter to the clan chieftain, Grace McNish decides it is her duty to capture and ransom a vile McNab. But she and her clan of misfits mistakenly capture the wrong man, Colin Campbell, Earl of Argyll and Lord of the Isles, who is on his way to decide the fate of the two warring clans. For fans of Julie Garwood and Jude Deveraux.


The man was out cold.

Grace McNish sat on his chest, looking down at him. Well, she thought, her head was surprisingly clear consid­ering she had just slipped and fallen from an old rowan tree, and had had the blessed good fortune to land upon a dastardly McNab.

She leaned closer, her dirk clutched in one fist, and scowled at him, trying to look mean and arrogant and cunning.  Like the McNabs.

She searched his face for signs of a trick. It was known throughout the Highlands that a McNab could not be trusted. They had an unending hunger for land, and any­thing else of value, particularly if it belonged to the Clan McNish, which they fed on the same way leeches fed on blood.

She placed the blade of her dirk close to his neck.

He did not move.