A ballplayer's girlfriend hides his daughter from him because she fears he's like his abusive father. 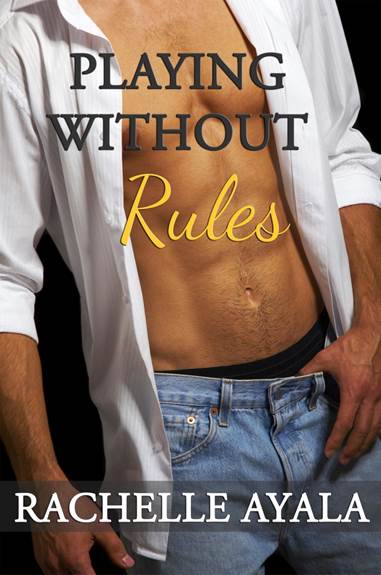 Marcia Powers wants nothing to do with ballplayer Brock Carter, especially after she told him to go away and pursue his dreams. She has more than she can handle with an elderly father, a business to run, and a four-year-old daughter posing as her baby sister.

Brock Carter’s back in town to rekindle his romance with Marcia, and this time, he’s not letting her run him out of town. Marcia is unable to resist Brock, but determined to keep her secret.

Brock’s already lost his heart to Marcia once. Will he lose every dream, including baseball, when he discovers the real reason Marcia sent him away?


This book sells consistently on it's own and ranks well at Amazon, selling more than 1700 with over 29000 KENP page reads. It's a hot, steamy romance about a baseball player and deals with the lingering effects of abuse.


“The thing about ballplayers is they’re players.” Marcia Powers twisted the stem of a maraschino cherry around the tip of her tongue and eyed the swaggering baseball players descending on her bar, The Hot Corner, in metropolitan Phoenix.
“You should be thankful for spring training.” Her business partner and best girlfriend, Jeanine Jewell, adjusted her stance at the counter to best position her bounteous breasts. “Keeps the tab rolling and the money flowing.”
“Not to mention the groupie traffic.” Marcia sniffed, but cleared her face in time to smile and take orders from the men in business suits idling at the bar. Their attention was split between the ballplayers and the women. Probably scouts sizing up players for pre-season trades.
The traffic was definitely good for business and made up for the dry times. Phoenix was the spring training home to fifteen off-season baseball teams. It hadn’t always been this way, but the dry spring weather and lower real estate costs than California made Arizona attractive enough to draw the franchises as well as provide affordable games for locals and tourists alike.
Marcia passed a tray of girlie cocktails to Jeanine who sashayed past the businessmen to the booth bubbling over with blondes and booze. Jeanine, ever the flirt, bent low in front of the players’ roving eyes. Leers from the men and sneers from the babes followed in her wake.
Jeanine would have her fill until the ballplayers moved back to their major league cities, collecting one-night stands like baseball cards. Somehow, she was impervious to being hurt. From the moment the umpire yelled, “Play Ball!” in the opening game to the closing fireworks show signifying the end of spring training, Jeanine played: infielders, outfielders, pitch and catch with an occasional trainer or coach thrown in ...