From turbulent battles raging under the ocean to the stillness of the far reaches of space; this gripping paranormal thriller will have you mesmerised. 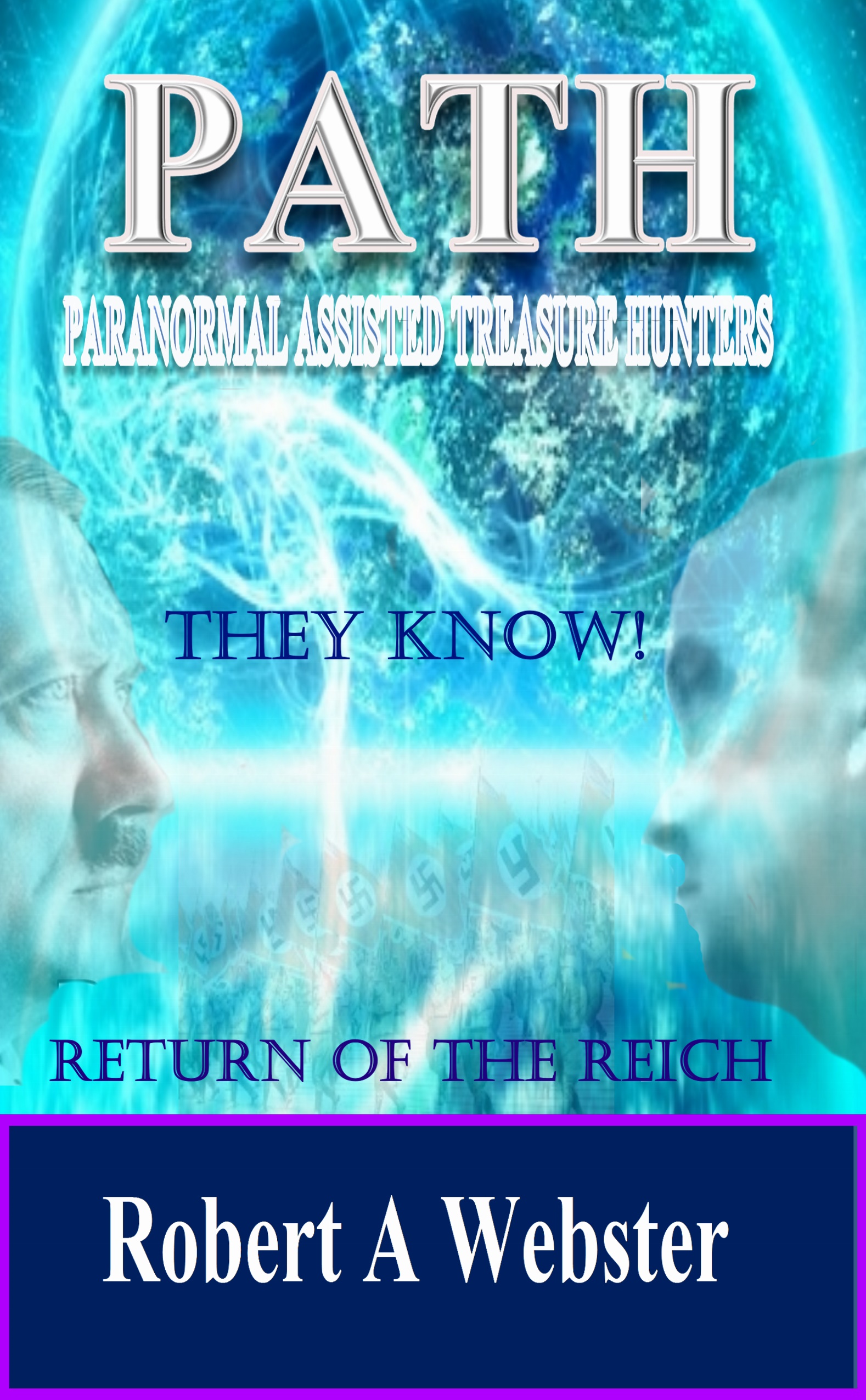 Churchill Potts is a powerful Keeper of an earthly portal, who, along with two psychic guides, finds treasures hidden by lost souls during their lifetime and gives them to their living descendants.

After the demonic spirit of the twentieth century's most notorious despot contacts the PATH team, they need not only discover the link between Adolf Hitler and the current US President, but also find out why there is a spirit guide in the White House.

The PATH team has to solve the mysteries before the delicate fabric between the mortal world and celestial plane splits.

Should they fail, the edict Hitler deemed for a thousand year rule by his Reich will come to fruition.

Return of the Reich


Total devastation surrounded the solitary figure. Bombed-out buildings and semi-submerged wrecks of a decimated fleet were all that remained of a navy that once dominated the oceans. The man stood at the end of a concrete jetty lost in his thoughts with his hands clasped behind his back. His weary features and silver hair made him appear far older than his fifty-six years as he gazed at the ocean, cursing under his breath.

With the rumble of explosions in the distance, he inhaled, filling his lungs with tarnished, salty sea air.

Several hours earlier, the dockside had been swarming with military personnel. Throughout the night, they had been unloading boxes and huge crates from army trucks, sweating and swearing as they struggled to load them onto a sleek black *U-boat by moonlight. Having to run for cover occasionally as the now familiar drone of Merlin engines roared overhead, dropping their deadly payloads around them.

With their job now done, the soldiers, sapped of their strength, murmured as they clambered aboard the trucks and were drove away. The smell of cordite lingered, along with a film of oil and diesel fuel that covered the water’s surface inside the harbour.

The dockside was now quiet, with a few of the U-boat’s crew and a handful of black-uniformed SS officers milling around the gangway.

The senior officer received a call through his portable field telephone. He barked out an order and activity resumed as SS soldiers with machine guns rounded up the U-boat’s crew and ushered them aboard the vessel. The senior SS officer and two junior officers remained on the dockside.

The hatches closed and the three SS officers went to the foot of the gangway. A black Mercedes 770-K with darkened windows pulled up beside them and the junior officers opened the vehicle’s doors. They snapped to attention as a man and woman stepped out.