On Hearing of My Mother's Death Six Years After It Happened: A Daughter's Memoir of Mental Illness by Lori Schafer

I experienced first-hand the terror of watching someone I loved transform into a monster - the terror of discovering that I was to be her primary victim. 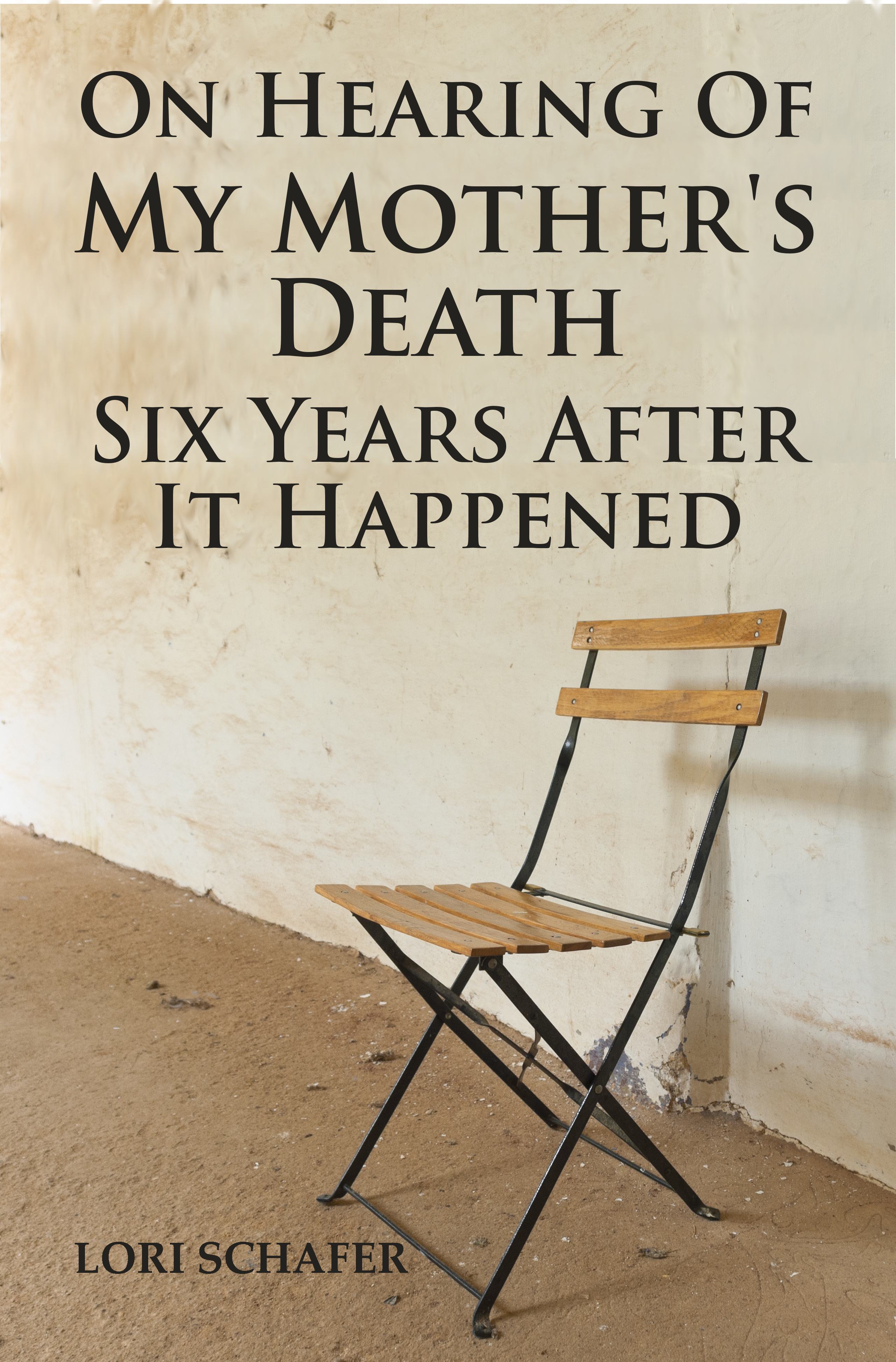 It was the spring of 1989. I was sixteen years old, a junior in high school and an honors student. I had what every teenager wants: a stable family, a nice home in the suburbs, a great group of friends, big plans for my future, and no reason to believe that any of that would ever change.

Then came my mother's psychosis.

I experienced first-hand the terror of watching someone I loved transform into a monster, the terror of discovering that I was to be her primary victim. For years I’ve lived with the sadness of knowing that she, too, was a helpless victim – a victim of a terrible disease that consumed and destroyed the strong and caring woman I had once called Mom.

My mother's illness took everything. My family, my home, my friends, my future. A year and a half later I would be living alone on the street on the other side of the country, wondering whether I could even survive on my own.

But I did. That was how my mother - my real mother - raised me. To survive.

She, too, was a survivor. It wasn't until last year that I learned that she had died - in 2007. No one will ever know her side of the story now. But perhaps, at last, it’s time for me to tell mine.

My memoir On Hearing of My Mother's Death Six Years After It Happened has attracted a great deal of interest in the months since its release, and has achieved #1 Bestseller status on Amazon in the categories of "Mental Illness" and "Dysfunctional Families" in both the U.S. and the UK. It currently has an average rating of 4.0 stars on Amazon.com (4.6 on Amazon UK). Sales have been steady at an average of four copies a day since the book's release on November 7, 2014.

I have been very active in promoting my book, particularly on my website as well as on Twitter, where I tweet excerpts from the book and its reviews daily. In addition, my story has been featured on a number of blogs and websites, including Indian Express and StigmaFighters.com as well as sites operated by book reviewers and mental health bloggers. I am continually seeking out new promotional opportunities, including a BlogTalkRadio program which will begin at the end of this month, and a series of IndieGoGo campaigns to finance travel, the audiobook production and speaking engagements. I am in the process of arranging book signings throughout California and neighboring states, and because of the extraordinary cultural diversity of the San Francisco Bay Area where I live, I expect to be able to promote translated versions of my book in person as well. I read competently in both German and French and would be able to prepare YouTube videos and podcasts of excerpts from the translated text in either of those languages.

As mental illness has lately become a subject of global concern, I believe that translated versions of my book have the potential to do well in any number of countries, and even here in the U.S. among the non-English speaking population. In addition, because it is a short book - only 110 pages - and contains no technical psychological jargon, translating it should not be an overly onerous project for interested parties. To be successful, though, I think the title of the translated work will need to have the same impact in the foreign language as it has in English. I'm quite certain that a lot of my book's success derives from its attention-grabbing title, which may not work idiomatically in all languages. But you can be the judge of that.


I nudged past her to the door, placed my hand on the knob, and gave it a yank. My mother yanked back, all of her might concentrated on the bones of my wrists, dislodging my grip from the door and sending me crashing through the sheetrock, leaving a nearly woman-sized hole in the wall.

“What do you want from me?!” she yelled nonsensically, as if I were a disobedient child having a fit of temper.

“I want my life back!” I shouted, conscious of the melodrama of it, my pathetic cry, but aware, too, that there was no elegant way to express what I wanted. And no hope of making her understand it even if I found the words with which to explain it.

She didn’t answer, but swung me forcibly around again, causing me to hit the opposite wall of the foyer sideways, leaving a smaller, skinnier trench in the sheetrock. And then grabbed me by one hand, dragged me out to the car, and threw me inside.

I swallowed, rubbing my wrist, relief flowing through me like a rainshower. I could still make an appearance at detention, might still be able to graduate and get out of this hellhole once and for all. She backed blindly out of the driveway and took off, far faster than usual. But not in the direction of my school. Towards the border, the state line.

“I could take you away,” she’d told me, smugly, after the first time I’d made a break for it and had to be hauled forcibly home. “Take you to the airport and fly you anywhere I want to; somewhere no one will ever find you. And I am your mother and there is absolutely nothing that anyone could do to stop me.” She’d smiled, humming cheerfully under her breath. Pleased with her cleverness, the infallibility of her plan, her power...