When Nate starts lusting after his boss, sensual scenes ensue. 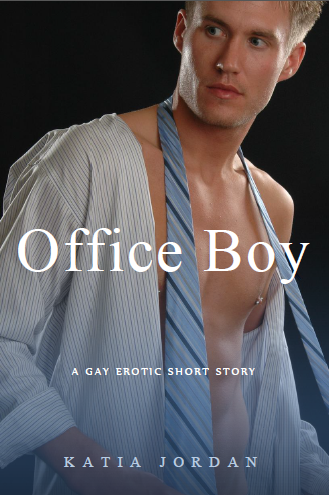 For months, Nate has been under-performing on the job. His boss is furious, but Nate is convinced that Mr. Price would be even more pissed if he knew the truth: that Nate caught him jerking off in his office late one night. Now, his boss’ dick is the only thing he can think about. Will another late night at the office let Nate explore these new desires?


"Save it, Nathan. You have no idea what kind of stress I'm under right now. We have a huge shareholders meeting next month, and mistakes like this put my ass on the line! Just go away and try not to make me speak to you about this again." Nate nodded, and scurried out the door. He went back to his own office, and shut himself in. He collapsed into his desk chair, and popped an aspirin for the headache that was creeping up on him. How could he tell his boss that the real reason that he was messing up so much was because of his nearly constant boner? That definitely wasn't the sort of thing that a boss wanted to hear.