A Fun Paranormal Cozy with a Dash of Romance!

In a flash, she had magic. Can she use it to solve a mysterious death in her family? 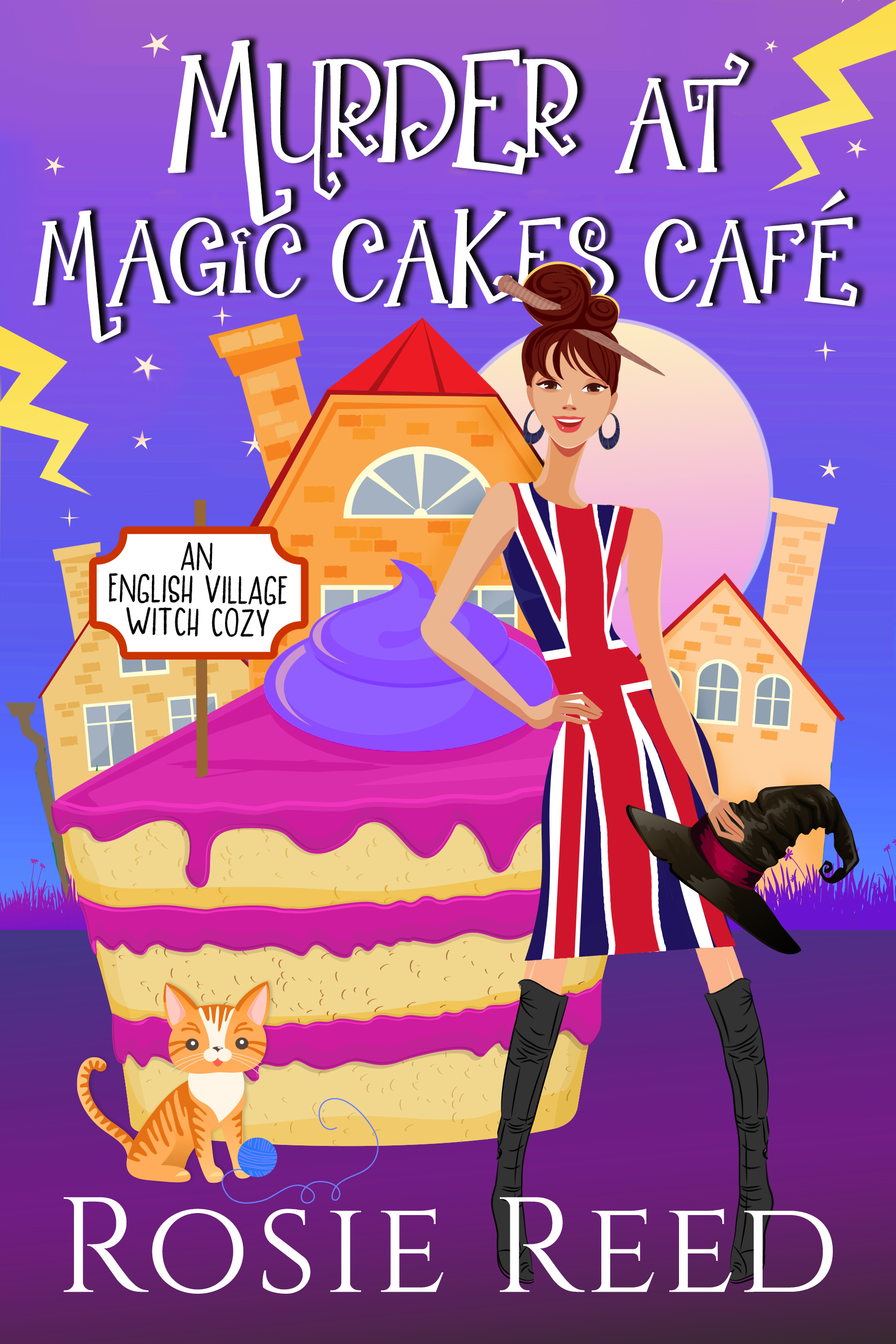 In a flash, she had magic. Can she use it to solve a mysterious death in her family?

Climbing a tree in a thunderstorm was always going to be a stupid idea, but when Evelyn Eldritch is struck by lightning, her magical powers are switched on. And she didn’t even know she was a witch!

When Evelyn learns that her biological mother has died under suspicious circumstances, she makes a journey to the quaint village of Maiden-Upon-Avon, where the residents consist of werewolves, witches, vampires and one annoyingly handsome-yet-gruff policeman. But who should she suspect? Who can she trust?

And if juggling her magical training, her mother’s café, and the town’s eccentric residents wasn’t enough, another body turning up at the local cricket match shows she’s definitely in well over her pointed hat…

Murder at Magic Cakes Café is the first book in the adorable English Village Witch Cozy series, set in the beautiful English countryside. If you love plucky heroines, small-town whodunits, and a touch of retro nostalgia, then you’ll love Rosie Reed’s fun and flirty tale.

Note from the author: Writing this series kept me sane during the very strange year of 2020. I do hope you’ll enjoy escaping into the beautiful surroundings of Maiden-Upon-Avon and having some fun with Evelyn and all the other magical beings who live there! Each book is set in a different season of the magical year - beginning with spring in Book One. You can enjoy a gentle journey around the village, whilst Evelyn tries to solve the murder. So, treat yourself now by taking the phone off the hook of life, and soaking awhile in the bathtub of the English countryside!

If you sign up for my newsletter today, you can download bonus FREE novella Merrie May Mayhem straight away! Just type this code into your web address bar: bit.ly/Rosiereed


I plan to write at least ten books in the series.


It started with a murder, as you would expect.

But before that, some magic. Pick a card, any card…

Senior witch Marilyn Eldritch sat at her favourite table in Magic Cakes Café, and drew a tarot card from her ancient deck. She laid down Death.

Oh no! Someone was going to die tonight! An ominous thunderclap rumbled overhead. Trying to still her nerves, Marilyn poured her favourite tipple into her coffee. As her mother Joanie always said: For a long life and a body frisky, forget the milk and add the whisky.

Marilyn sipped her Irish coffee, steeled herself, then laid down the next two tarot cards.

The Empress and the Page of Cups. Motherhood and children…

She stared at the tarot cards. Perhaps this was an oblique reference to Leia, her young apprentice. Leia had left Marilyn’s sacred spell book lying around on the counter in front of a human customer earlier, and Marilyn planned to have a word with her about it tomorrow. But obviously she didn’t plan to kill her over it.

She added another dash of whisky to her coffee and took a gulp.