A humorous story that compares the ills in society to muddied waters. 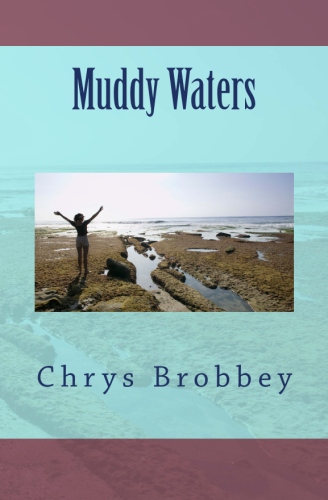 The foibles of society create blots like stagnant muddy waters. This satirical novella provides striking commentary on the culture, economy, politics, crime, corruption, alcoholism and all that is ugly, as well as beautiful, in a particular society. Picturesque descriptions immerse the reader right into the action spots - from politicians who are deluded to believe that they are in public service to cater to their egos, to moonshine addicts who consider the self-sentence of death as fair bargain for their pleasures. It is entertaining, as well as thought provoking to raise questions about issues that seem normal or have been taken for granted. The logic is to stir the ‘muddy waters’ of society, to perhaps stab the public conscience at a reawakening and reformation.


60 copies sold to family and friends so far. There's the potential for high sales, with the necessary promotion.


“Hold!” The voice of Altona cuts through the silence like a hot knife through butter. “Not so fast this time round, boss Zorro! You aren’t getting away with the lion’s share!” He slams his fist on the table to emphasize his point. Small in stature, his challenge to the burly boss depicts a David versus Goliath scenario. “We want equal share of the money, for doing the dirty job.”

Altona grabs his share of the loot from the table and hurls the fragile notes at boss Zorro like a formidable weapon. They spiral in the air and scatter across the room like objects caught in the fury of a tsunami. Instantaneously, he leaps over the table and snatches the bag with the money from the hold of the boss. The rascal kingpin lashes out with a strong fist and catches him in the chest. Altona rides the blow and blocks another targeted drive with his arm. But the next throw catches him squarely at the base of his neck. As he tumbles to the floor, his head connects with the edge of the table and he stays put.

Boss Zorro stands triumphant. His chest heaves in spasms of energized breathing, with his eyes burning with rage and challenge. Dare anyone else?

Kevare springs towards him, like an enraged bull goaded with a red flag at the Spanish games. The target sidesteps and Kevare’s momentum rides him to the end wall. As he bounces back, boss Zorro kicks out and catches him in the stomach. He is flung back into the wall and crashes to the floor in a hapless heap of flesh and bones.

All conquering boss Zorro does not see the chair flung by Driano coming. It hits him with all the force of fury behind it and spins him around like clothing in a washing machine. He collapses onto the floor and remains motionless.