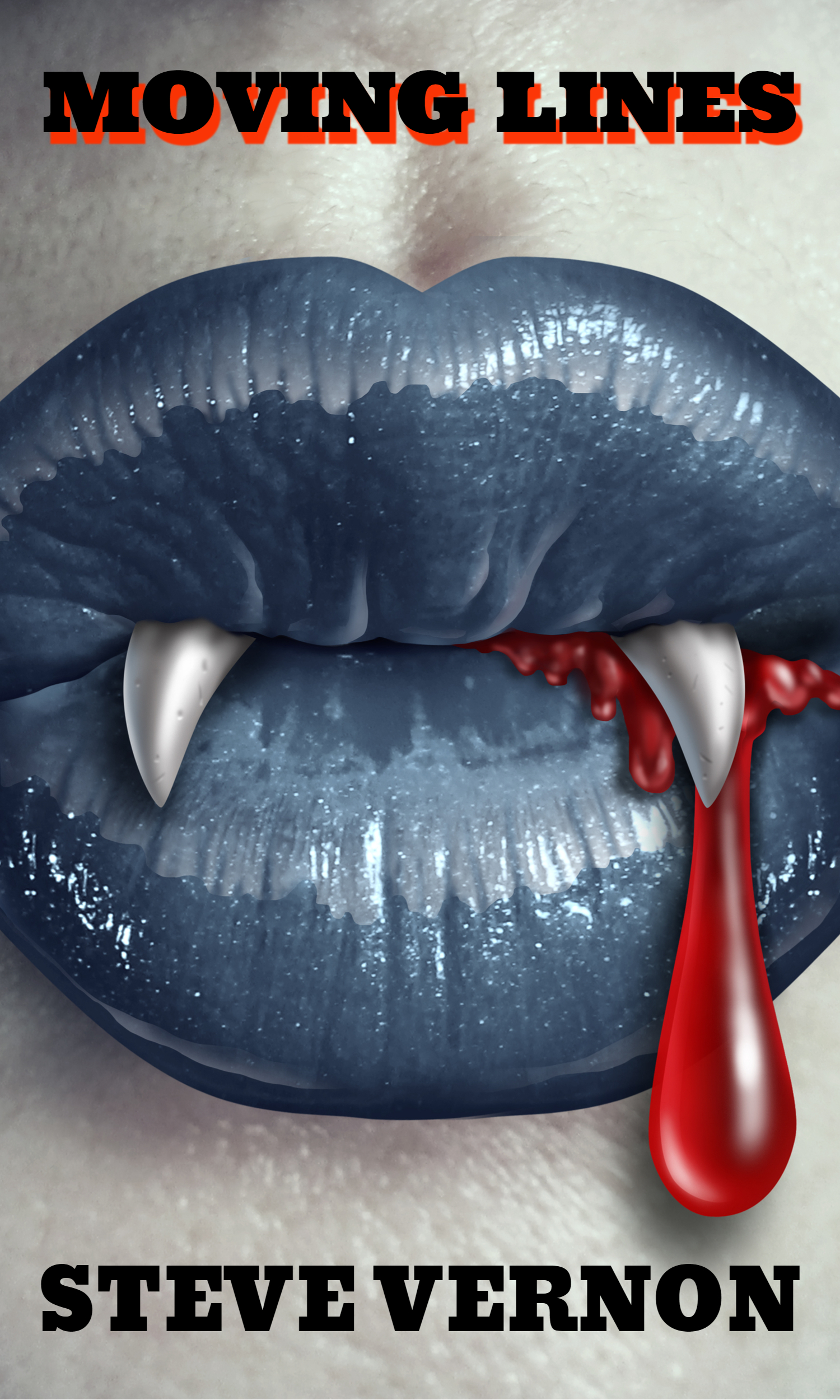 That might sound kind of funny to you, but MOVING LINES is a very touching tale of love, vampirism and saying goodbye.


WHAT PEOPLE ARE SAYING ABOUT STEVE VERNON


"Steve Vernon is something of an anomaly in the world of horror literature. He's one of the freshest new voices in the genre although his career has spanned twenty years. Writing with a rare swagger and confidence, Steve Vernon can lead his readers through an entire gamut of emotions from outright fear and repulsion to pity and laughter." - Cemetery Dance


"Armed with a bizarre sense of humor, a huge amount of originality, a flair for taking risks and a strong grasp of characterization - Steve's got the chops for sure." - Dark Discoveries


"Steve Vernon was born to write. He's the real deal and we're lucky to have him." - Richard Chizmar


My cat thinks I am pretty cool, too.

What can I tell you? I'm a gypsy, or at least the sign outside my shop says so. GYPSY FORTUNE TELLING - BY WALK-IN OR APPOINTMENT ONLY, ASK US ABOUT OUR RAINY DAY SPECIAL.

That's one sign. There's another on the lamp post outside my shop window. It tells anyone who cares to read that JESUS CHRIST SAVES FROM ALL SINS. PRAY TO JESUS NOW. OBEY THE BIBLE.

That’s as direct as a marine drill instructor. They don't call it the Salvation ARMY for nothing. A Cosa Nostra strong arm paissano, with biceps the size of bowling balls and tatoos on each arm that read MUDDER and MURDER could not be half so explicit.

There's a basket full of tracts sprouting from beneath the sign. The basket is refilled every couple of weeks. I don't know who refills it. I've never seen anyone go near the basket.

Maybe it is refilled by night. Maybe the tracts spontaneously procreate. Maybe there is a miniaturized printing press installed inside the lamp post.

I never see anyone reading any of the tracts. I think winos use them to blow their noses when the weather is cold.

Underneath the basket the motif continues - DEATH, JUDGEMENT, ETERNITY, HEAVEN OR HELL, YOU DECIDE.

It kind of reminds me of those warnings the government prints on cigarette packages.